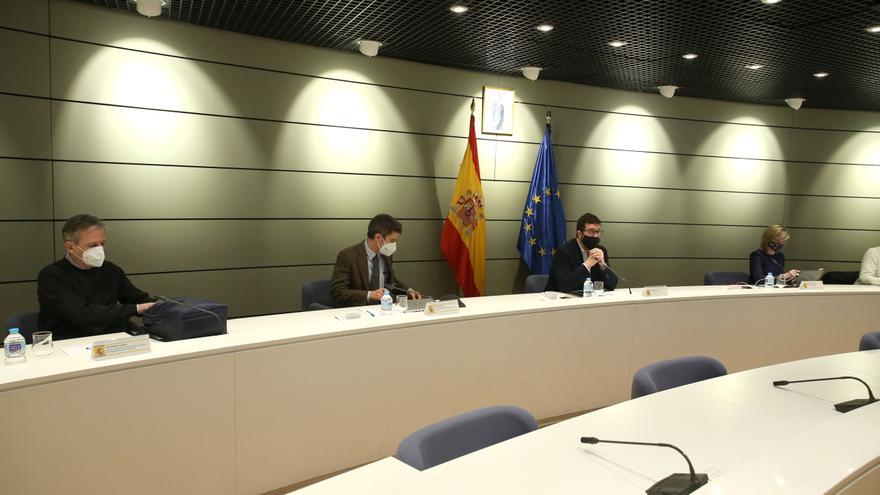 The first meeting to extend the temporary employment regulation files (ERTE) ended this Friday after 1:00 p.m. with considerable understanding between the parties, who seem to agree to extend this tool until May 31, as reported to Europe Press in social dialogue sources.

However, the Government, unions and employers have called for a new meeting next Monday, starting at 5:30 p.m., to continue advancing in the negotiations, which on this occasion are not expected to be delayed until the last moment, as happened the previous time. Thus, the Executive has indicated to Europa Press that their commitment is to close this negotiation as soon as possible, without exhausting the current period of the ERTE (January 31).

Social dialogue sources have confirmed to EFE that the Ministry of Labor has brought to the meeting this Thursday the proposal to maintain the current protection and exemption scheme “practically the same” until May 31. All parties have valued the proposal and have agreed that an agreement must be closed before January 15, although both employers and unions have called for some changes that will be discussed in a new meeting.

According to the sources consulted, the Government has offered the social agents to extend the previous agreement, although unions and employers have to analyze the final text of the Ministry of Labor and Social Economy at the meeting scheduled for next Monday.

The Ministry of Labor has explained in a statement that this meeting opens a new round of dialogue to extend the aid to companies and workers launched to protect employment during the COVID-19 pandemic. This is the fourth round of dialogue after the three Agreements in Defense of Employment signed so far between the Government and the representatives of workers and companies. At the end of December, there were 755,613 workers at ERTE, a figure that has stabilized since the beginning of September.

Sources from the Ministry of Labor have explained to EFE that achieving a quick agreement is essential to give certainty to the companies and workers who remain in ERTE, and they have stressed that the need to promote their training has also been addressed at the meeting. workers. The intense snowfall that falls on Madrid has meant that the meeting has ended earlier than planned, without addressing the minimum interprofessional wage (SMI), an issue that will be discussed next week.

Tags: Agents, erte, extension, government, may, Monday, negotiating, Social, to get, will continue