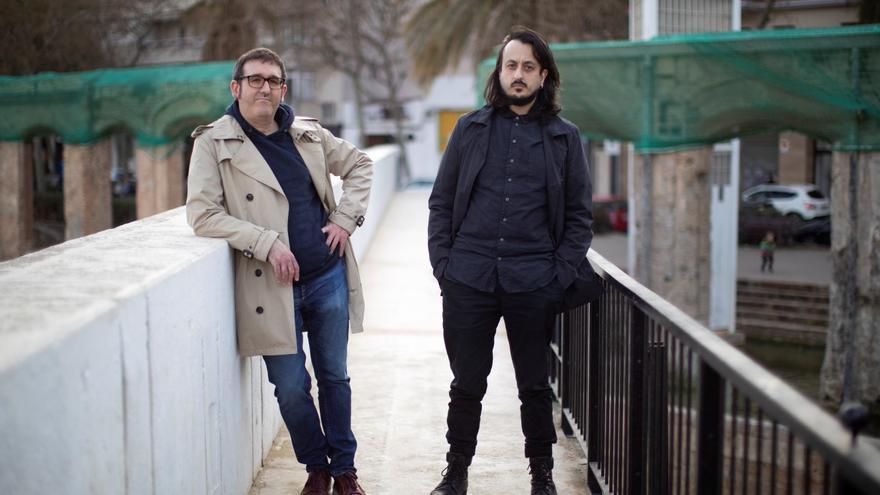 Barcelona, ​​Mar 12 (EFE) .- The sun never shines in the Rome of Tito Andrónico that the screenwriter Marcos Prior and the cartoonist Gustavo Rico have billed inspired by the extremely violent tragedy of William Shakespeare, a dark and brutal feast of crimes and blood, where revenge and evil for evil are broken compasses directing action.

The decline of the Roman Empire of this “Titus Andronicus” (Astiberri) is treated almost as a story with a gore background, in which the characters, inoculated by anger, fanaticism and sadism, are carried away by a spiral of bloody terror , zombies of their lowest instincts, all under an aesthetic that drinks something from hard rock, from “black metal”, the authors point out in an interview with EFE.

“We wanted to work together, and I thought that the historical moment in which this work by Shakespeare is situated, between the end of the Empire and the High Middle Ages, was very well adapted to Gustavo’s type of drawing, with works such as’ Los teeth of eternity ‘(Norma), and that she has been able to show off in the design of the characters and their costumes “, reveals Marcos Prior (Hospitalet de Llobregat, 1975).

Betrayal, lies and slander are minor sins in this first-time work (1593) by the English playwright, who did not limit the abominations that the characters carry out: murders, human sacrifices, rapes, mutilations … and the culmination of cannibalism (involuntary) with which Titus takes revenge on those who have dragged his honor and that of his lineage through the mud.

“It is a book that deals with violence in a grotesque way and, above all, the one that interests me the most, institutional violence, represented in the rise of emperors, in how those great men who decide, do whatever it takes to show the right. power, “sums up Prior about the story of the old and tired general, whose resignation to become emperor, after defeating the Goths, causes the usual deadly trail of Shakespearean tragedies.

Whenever a classic is adapted, parallels with the contemporary moment are sniffed out, and here one stands out, the mirror of corrupt Rome that is staged in “Titus Andronicus” is currently reflected in the power of manipulation of the people through of rumorology, which in its digital version now translates into contagious fake news.

In this catalog of evildoers, Aaron, the favorite of the Empress Tamora – former queen of the Goths, blinded by hatred and desire for revenge for the sacrifice of her son – becomes the “community manager” of the conspiracy against Titus: it is he who circulates the lies about the general that will cause his misfortune before the new emperor, the weak, angry and manageable Saturninus.

“I would regret with all my soul having done some good deed in my life,” Aarón utters from the rostrum, with a shackle around his neck, when his plot against the general has failed, without the slightest hint of seeking the mercy of the Romans, who will end up acclaiming Lucius, son of Titus, and symbol of the new Rome as emperor, who arrives paradoxically wrapped up in the Goths.

“Aaron is more than a character, he is an abstraction, pure evil,” Prior comments on this strange being who is drawn without a face, a skull mask, “a character from the Elizabethan theater, without cracks, a super bad, like Fumanchu, that he has no other job than to cause evil, “says the screenwriter.

The strength of the drawings by Gustavo Rico (Barcelona, ​​1977), the visual expressionism of the compositions and the agile structure of the arrangement of the vignettes help the story to advance, although each time in a darker way.

“The text demands it, perhaps it is the darkest and most violent work that Shakespeare wrote, and that is why I did not have much room for maneuver,” says the cartoonist, who reduced his color palette, in which ocher, gray and white predominate. grays and dark blues, tones that help convey the sense of decadence of the Empire.

Rico also allows himself red to focus and punctuate the tension of the work, mark anger, the desire for revenge, and, of course, blood, with vignettes in which practically only that color appears, influenced by Richmond Lewis, a colorist from “Batman: Year One”, by Frank Miller and David Mazzucchelli, who used this technique as a counterpoint, to break the linearity of the story.

The Barcelona cartoonist, who moves very at ease in medieval settings, has drawn on this project by trade, although he acknowledges that the first scenes of “The Fall of the Roman Empire” (1964), the film by Anthony Mann, influenced him “a lot “, and that he also saw Juliet Taymor’s” Titus “(1999), with Antonhy Hopkins as general, but that, in this case, he tried to” flee “from the aesthetics that the director imprinted on her version of Shakespearean tragedy.