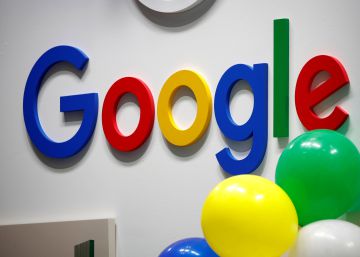 Google will stop using this year the call Irish double the system to reduce the payment of taxes across Ireland from which large American companies have taken advantage of for a decade. Company spokesmen confirmed the Financial times and to Reuters this Tuesday the change, which is conditioned by changes in the tax laws of Ireland and the United States. This system, which channels the payment of taxes through Ireland, the Netherlands or fiscal countries such as Bermuda and is backed by European courts, has allowed large US companies to evade up to a billion dollars in taxes in the US, according to an analysis of 2018.

Google’s move is to return all of its intellectual property licenses to the US. The company took advantage of the low taxation of Ireland to concentrate the billing of its products in its subsidiary in that country. From there he diverted the benefits to the tax haven of Bermuda, where there is no corporate tax. According to information sent to the regulator in the Netherlands and quoted by Reuters, last year Google moved 21.8 billion euros from its Dutch subsidiary to Bermuda.

The company expects that “the end (of this activity) will occur on December 31, 2019 or throughout 2020,” says the communication to the Netherlands. “We are simplifying our corporate structure and will make intellectual property licenses from the US, not from Bermuda,” a Google spokesman told Reuters.

The decision comes after both Ireland and the US have closed the doors to this practice. In 2015, Ireland forced a tax reform by the EU that prevented new multinationals from benefiting from this hole, but allowed existing ones to continue operating the same until the end of 2020. Google is one of the last major companies, especially technological and pharmaceutical companies. , to adapt to changes, according to Financial Times

The other point of pressure came with the fiscal reform promoted by Donald Trump in 2017, which lowered taxes on large companies and at the same time increased the taxation of profits obtained outside the country, precisely to encourage the concentration of activity in the US . During these years, corporate tax in Ireland has been 12.5% ​​while in the US it was 35%.

Google has always said that it does not evade taxes because everything is legal. In 2017, the French justice proved him right in an important victory. The French Government intended to make it pay 1,100 million euros in back taxes. The justice gave the reason to the technological giant in ruling that, although the ads are taught in France, the company that markets them and the one that enters the money is Google Ireland.

The latest data from Google Ireland, published at the end of November, indicate that last year the company earned almost 1.7 billion euros in advertising, which left 270 million euros in the coffers of the Republic of Ireland. The company has been established in Ireland for 15 years.