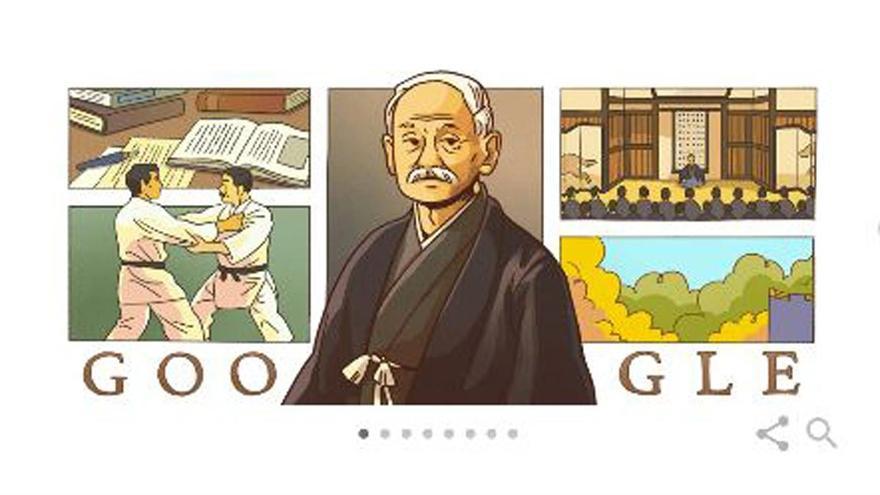 The North American Tech Giant Google has decided honor in the doodle this Thursday to the “founding father” of judo in Japan, the teacher Jigorō Kanō, on the day that marks 161 years of his birth. The piece selected as the header of the search engine has been illustrated by Los Angeles artist Cynthia Cheng.

Kanō was born on October 28, 1860 in the town of Mikage (now part of Kobe) in the Hyogo district. He was considered a prodigy at his school and studied the art of jiu-jitsu for years. Later, at age 18, he entered university where he finally found the one who taught him all the secrets about judo, the former Samurai Fukuda Hachinosuke.

In 1882, at only 22 years old, Kanō decided to create his own ‘dojo’, the Kodokan Judo Institute. His influence grew until he became the first Japanese member of the International Olympic Committee.

On May 4, 1938, the judoka died of pneumonia at the age of 77. Before his death he wrote a book called Kodokan, in which he collected all his philosophy. In 1962, the Budokan was created in his honor to accommodate teachers from other disciplines of jiu-jitsu. Two years later, in 1964, the International Olympic Committee considered judo as an Olympic sport, which ended up consolidating it as one of the most practiced martial arts on the planet.

The name ‘judo’ means “smooth path” and is based on the principles of justice, modesty, courtesy and safety. Kanō found a way to bring people together through this art.