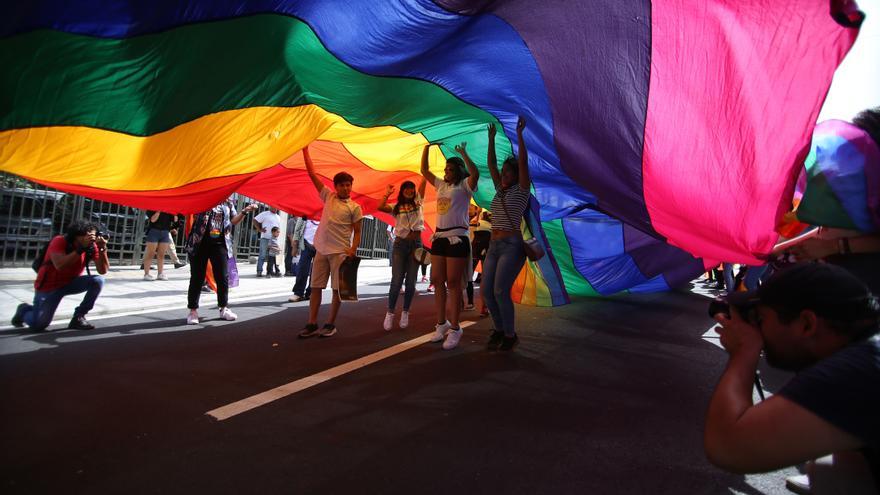 Madrid, Jun 29 (EFE) .- The Gilbert Baker Foundation and Google Arts & Culture have proposed to publicize what is “behind” the original rainbow flag of Pride, an emblem that was raised for the first time on June 25 1978 in the Plaza of the United Nations in San Francisco.

From the hand of this new window opened from today on the Google platform, and whose name is “Beyond the rainbow”, the visitor will be able to know at a click the history of the LGBTQIA + movement through the colors of the iconic flag of Pride, whose design and its multiple versions have made it a symbol that represents the “full spectrum” of the LGBTQIA + Community, have reported from Google.

Specifically, the Gilbert Baker Foundation discovered in 2019 a piece of the flag that was raised 43 years ago in the United Nations Plaza in San Francisco, a relic that was “believed to be lost a long time ago.” A “priceless” relic that he donated to the San Francisco GLBT Historical Society for all to see.

A story that can be deepened in “Beyond the rainbow”, and that will be accompanied by other content such as how this flag was created in 1978 by Gilbert Baker and a team of artists in the “heat of the iconic Harvey Milk speech.”

A flag that had 8 colors, each of which had a specific meaning. For example, red represents life; orange, healing; and pink sex.

In this sense, Jake Hall, the British queer writer author of “The Art of Drag”, explains in detail everything there is to know about the different Pride flags and the communities they represent, including the Bisexual Pride flag and the Trans Pride Flag; and artist Rigel Gemini reflects on what it means to be a non-binary mixed artist in the music industry.