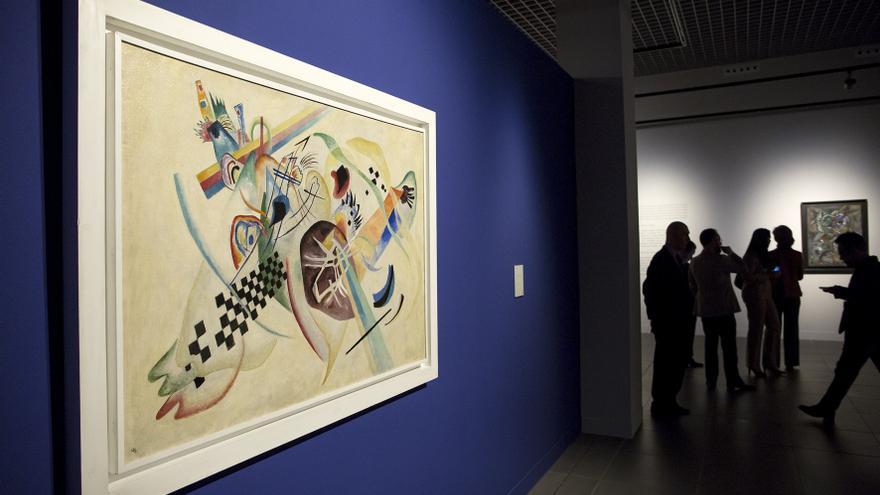 Madrid, Feb 10 (EFE) .- The Pompidou Center and Google Arts & Culture have come together to pay tribute to Vassily Kandinsky starting today in “Sounds like Kandinsky”, a new content on this Google cultural platform in which they propose that we listen to melodies, because the art of the Russian artist associates colors with sounds.

As reported by Google Arts & Culture, although many people “will be able to recognize some of Kandinsky’s most famous works, the man behind his canvases is less well known.”

And that is why, together with the Pompidou Center in Paris, he has used the Google Arts & Culture desktop scanner to digitize 3,700 works, personal photographs and documents, such as memories of his childhood, photos of holidays with Paul Klee or Kandinksy’s workshop in Neuilly; documents contributed by the Kandinsky collection bequeathed by Nina Kandinsky.

But they also want to show the “synesthetic capacity” of the Russian painter (Moscow, 1866 – Neuilly-sur-Seine, France, 1944), that is, the ability for multisensory perception that allowed him to explore the relationship between sounds, colors and shapes, and translate music into painting.

And they consider that to truly understand Kandinsky’s legacy and “unravel” one of the mysteries that define his artistic style, it is “fundamental” to understand this particular creative process that gave rise to his canvases, a neurological characteristic shared by other artists such as Rimbaud, Billie Eilish and Pharrell Williams.

“When Kandinsky painted, two senses acted at the same time: hearing and sight. Colors and shapes were translated into sounds, harmonies and vibrations, they formed lines and patterns,” they clarify from Google Arts & Culture.

To unleash the “sound” of a Kandinsky they have enlisted the experimental music artists Antoine Bertin and NSDOS to create “Play a Kandinsky”, this interactive experiment that, for the first time, allows anyone to hear what Kandinsky might have heard. when he painted.

“We analyzed with these artists the writings in which Kandinsky describes his synaesthetic experiences and we applied machine learning to create a tool capable of simulating what the painter may have heard while painting his masterpiece ‘Yellow red blue’, in 1925”, they explain .

In this sense, the Internet user, by zooming in and clicking on various areas of the painting, will be invited to “touch” it and thus will be given the possibility to explore the sounds and emotions associated with colors and shapes. In addition, the visitor will be able to create their “own sound mix”.

On this platform they have also had Angela Lampe, curator and Kandinsky world expert, who will guide the visitor through the paintings on display.

And thanks to the Pocket Gallery, you can wander through a personalized augmented reality exhibition and get a closer look at some of Kandinsky’s most famous works.