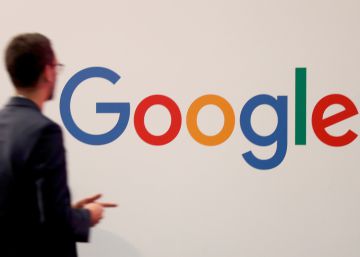 Google has agreed to pay almost one billion euros to resolve its tax disputes with the French treasury, which accused it of having committed irregularities in corporate tax between 2011 and 2014. The decision, confirmed both by the Internet giant as by the French judicial and political authorities, it has been celebrated by the latter as a "historical agreement" that marks a "change of time" and mentality of digital platforms, so far reluctant to pay taxes in countries where they do business but not They have hardly any physical presence.

"I think we are witnessing a change in the era, which is the result of France's efforts to include the issue of the appraisal of digital giants in the international agenda," the Minister of Action and Public Accounts, Gérald Darmanin, concluded the agreement. in an interview with the newspaper Figaro Paris has been the main driver of an international Google rate and he made a commitment in this regard during the recent G7 summit he organized in Biarritz even with the most reluctant countries, such as the United States.

To settle his dispute with France, whose financial prosecutor opened four years ago an investigation into his accounts, Google has agreed to pay 500 million euros Regarding administrative sanctions, the prosecution itself confirmed in a statement. The instrument adopted is what in France is called the "public interest legal convention", a mechanism that, since the adoption in 2016 of the transparency law, the fight against corruption and the modernization of economic life, allows the prosecution companies or associations accused of corruption or certain tax violations reach an agreement on a sum of money to be paid by the investigated entity. Thus, the affected person avoids a process and, therefore, that he can be declared "guilty" of any crime. In this case, the agreement ends the possibility that the investigation against Google would result in a criminal proceeding, the prosecution explained.

In addition to this sum, Google will add another 465 million euros in back taxes.

The figure is close to what was claimed by the French State, which in 2015 filed a complaint against the digital giant for "aggravated tax fraud" and "organized laundering of aggravated tax fraud." For Minister Darmanin, the money to be collected from the agreement with Google is a "record" and very close to what was claimed, which according to Le Figaro was 1,150 million euros.

With the advantage that a complicated and probably long process has been avoided. "With Google, a good deal is better than a bad process," the minister told the French newspaper.

It is not the only pulse that the French Government maintained with a digital platform. In addition to tensions over the Google rate, which a priori must be resolved when the OECD proposes, next year, an international legal framework to assess these types of Internet giants, at the beginning of September French justice condemned Amazon to pay a fine of four million euros for abusive clauses with its suppliers. In a statement, the Minister of Economy, Bruno Le Maire, who has been the one who has maintained the pulse in recent months with the computer giants known in France as GAFA (Google, Apple, Facebook and Amazon), held the judicial decision, which considered "the strongest fine" imposed to date in this type of contentious.