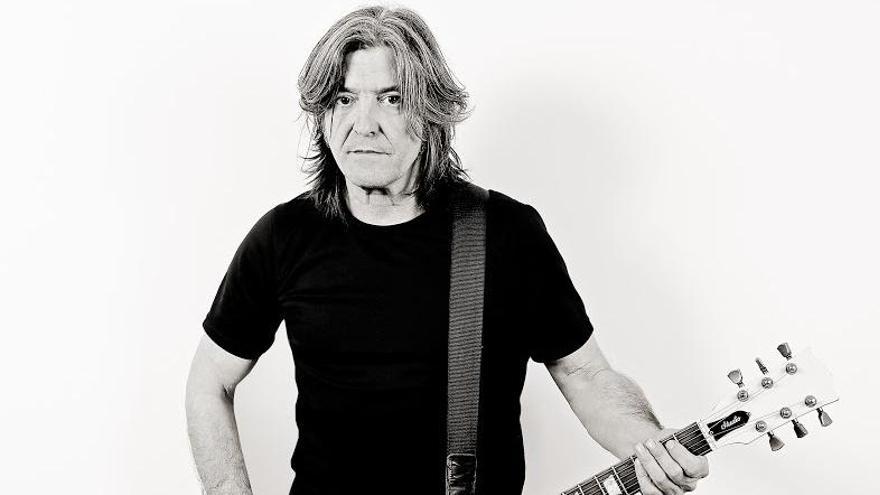 He was a rock warrior; a gudari of long hair that one bad day lost his voice forever, but not his smile. On it was written that pain is always older than death itself. His name was Francisco Javier Hernández Larrea, but he was better known by his nom de guerre: Boni.

His sharp guitar made its way from Pamplona to the world, stabbing the ears of the well-eaten and well-thought-out; a nightmare for the ruling class that trembled every time the Boni charged. El Boni was one of those who dared to set fire to a time marked by industrial reconversion, the ball and the police siege.

Because the Barricadas -The Barrikas- are part of the collective imagination of all those people -among which I include myself- who know that in this life we ​​have come to denounce the unjust and to fight for the just. Callejeros, of an authenticity that is not for sale, the Barricadas came to fill the void left by Leño after its dissolution. His first album, recorded in a couple of days, was titled “Night of Rock’n Roll” and it was his letter of introduction to an audience that grew at each concert. Shortly after, the group Burning released an album titled “Rock’n Roll Nights” and this would not be the only coincidence between the two groups.

That first Barricada album sounded on the most authentic radio programs of the time. We are talking about the early eighties, when Mariano García and his Disco Cross, as well as Juan Pablo Orduñez and the Pirate Emission, made life in the neighborhoods brighter with the musicorro del loro at the top. There was no Internet or little gadgets and the diffusion of a song was a matter more than difficult for its creators. That is why both Mariano García, like El Pirata, and Mariskal Romero, were so important in the cultural dissemination of this rude country with its artists; a country whose moral education has allowed the rich to remain so, and the underprivileged also to remain so by the grace of God is Christ. Amen.

In this way, as traditional as it is difficult, Barricada would be able to enter the deceptive spiral of showbiz, facing the neckties of an industry that carried the germ of its own decomposition in its bad core. The Barricadas fought with the RCA and with I don’t know how many other companies. They did the same, that is, defend their rights. For this reason, they were labeled as conflictive.

Eventually, they would record a song that Johnny and Pepe Risi of the Burning could have signed. I’m referring to the theme “I don’t know what to do with you”, a hit that reached all social strata, from the Txantrea neighborhood to the Salamanca neighborhood, where posh girls hummed it feverishly. That’s how it went.

But that does not mean that the Barricadas lost an iota of authenticity, they only expanded their audience without losing their origins, that is, the Barrikas never stopped being original. A few days ago Boni, guitar, voice and soul of the group left us with Enrique Villarreal, “El Drogas”, another genuine guy where they exist. As consolation, we are left with his songs, themes that take us back to a time where rock and kalimotxo they blended with purity. This piece is worth a tribute to one of the most authentic bands of our scene.