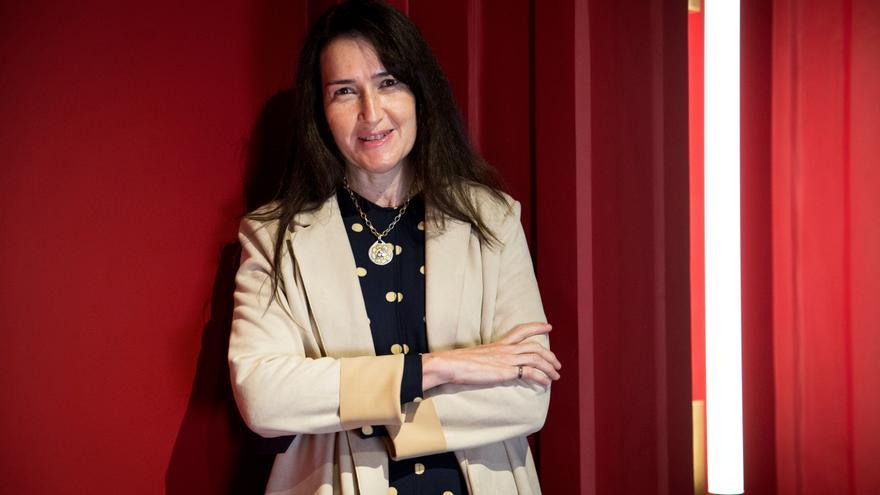 Madrid, May 28 (EFE) .- Ángeles González Sinde has returned behind the cameras to shoot her third feature film, “El comnsal”, which she also scripts and adapts from the homonymous and autobiographical novel by the Basque writer Gabriela Ybarra, a drama in the first person about the death of his grandfather at the hands of ETA.

“I really like how she deals with family conflicts, but from a point of view that tries to be detached, dispassionate, and that perhaps for that reason transmits much more emotion because we see all the contention that she puts in her writing,” the director explained to Efe in a break from filming at the Pamplona Catedral hotel.

There he rolls today with Adriana Ozores, who was also in his 2003 film “Sleeping Luck”, Ginés García Millán and Susana Abaitúa, the day the family separates because the parents return to Madrid after spending a few days with their daughter.

Gabriela “talks about something that interests me personally – González Sinde shares – which is how we unconsciously transmit our experiences and our unresolved conflicts to our children. And how children have to resolve or carry them.”

In this case, he says, “it is a girl who decides to step forward and clarify a shadow that has always been with them: the murder in the 70s when she was not even born.”

On the other hand, Sinde is struck by the perception of terrorism by this writer, still in her thirties, because “she trusts in another model of social coexistence.”

The filming, which began in Bilbao at the beginning of May, still has four weeks to go.

The protagonists, Icíar (Abaitua) and Fernando (Oyagüez), go through the most traumatic experience of their brief lives: the loss of one of their parents; In 2011, she just lost her mother (Ozores) to devastating cancer. He is the young man his father was, in 1977, when ETA kidnapped and murdered his father, Icíar’s grandfather.

“We start from the book to tell something else – the director and screenwriter details. The first thing we did was change the names because it is not a documentary, but it is only a look at a family about these events, although unfortunately, it has happened to them. to many others throughout 40 years of terrorism. ”

The protagonist in the first stage is Fernando (played by Fernando Yagüez) “and his relationship with the domestic worker who takes care of the four brothers during the long month that the father was kidnapped. That is an important part of the film, the that we have filmed in front of the sea in an impressive house in Getxo “.

The other is a jump to 2011, when that man is already an adult (García Millán) and it is his daughter who, by investigating, reconstructs the experience of his grandfather’s death that he does not want to tell her about.

“The novel came out in 2014 and I immediately offered myself to the production company Isabel Delclaux (Enbabia Films), who bought the rights, to adapt and shoot it; we have been able to shoot – he points out – because we have persevered, which is the secret of cinema”.

“El comnsal” is the return of González-Sinde to the direction of feature films after more than a decade dedicated to scriptwriting; his last film, which also adapted the writer Elvira Lindo, was “Una palabra tuya” (2008).

Produced by Okolin Cinematographic Productions AIE, Tornasol and Enbabia Films, with the participation of RTVE, “El comnsal”, which received 1.2 million euros in the call for general aid from ICAA in 2020, has a budget of 2, 8 million euros.

Current president of the Royal Board of the Reina Sofía National Art Museum, González Sinde has written with the illustrator Laura Klamburg the comic “La tira de mujeres”; She was also Minister of Culture and president of the Film Academy.