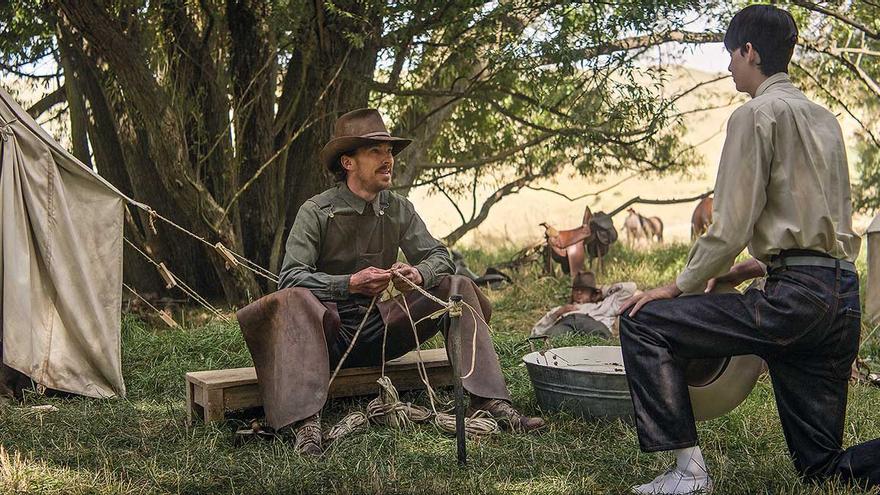 Every year the Golden Globes those in charge of starting the film awards season. The winners of the awards granted by the Hollywood Foreign Press Association They tend to end up being the winners also at the Oscars, which is why the Golden Globes ceremony always arouses a lot of expectation and in fact, these awards they are known as the prelude to the Oscars Awards.

This 2022, titles like 'The power of the dog', 'Don't look up' or 'Succession' They have taken over the nominations and are presented as great favorites to become the great winners of the Golden Globes gala, which takes place at dawn on Monday, January 10, Spanish time, at the Beverly Hilton hotel in Los Angeles (California). ).

Who will be the winners of the Golden Globes? Who do you think will be chosen the best actress? Which series will rise as the best of the year? We tell you where you can see the nominated movies and series so you can choose your own 2022 Golden Globes winners.

Starring Andrew Garfield, it tells the story of a promising theater composer in his 30s who grapples with love, friendship and the pressure to create something fantastic before running out of time.

'The power of the dog' –Netflix

With Benedict Cumberbatch at the helm, this tape of the streaming platform is postulated as the great favorite of the Golden Globes. Directed by Jane Campion, this western is about an authoritarian rancher, who wagers a cruel war against his brother's new wife and her son ... until a secret from the past comes to light.

This film has also earned her the nomination for best actress in a drama Jessica chastain. In it, the protagonist of titles such as 'Interstellar', 'The darkest night' or 'The Sloane case' gives life to the telepreacher Tammy Faye Bakk.

The award-winning actress Emma Stone she gets into the skin of the mythical baddie from the story of 'The 101 Dalmatians', Cruella de Vil, in a remake of the story.

One of the series that swept last year and that hopes, with the permission of 'Succession', to be the big winner of the night. It is set in the 1980s, and in it, the juxtaposition of various elements of life and society in New York is explored: ball culture, the dawn of the Trump era and its universe of luxury and the social scene and literary in the heart of the city.

Another of HBO's big bets. Created by Oscar nominee Jesse Armstrong (In the Loop), and featuring a pilot written by Armstrong himself and directed by Oscar winner Adam McKay (The Big Short), chronicles the family lives of the owners of one of the world's largest media and entertainment conglomerates, and the moment when the veteran patriarch decides to step back and relinquish control of the entertainment company.

Not only is the South Korean series the hit of the Netflix season, it has made history. The fiction about a macabre survival game has become the platform's biggest premiere, surpassing 110 million views in less than a month.

Starring Margaret Qualley, Andie MacDowell and Nick Robinson, the series tells the story of a young mother who, after escaping from an abusive relationship, finds work as a maid as she struggles to care for her daughter and create a better future for both of them.

How and when to know the name of the winners?

In the early hours of Monday they will be announced the winners of the 2022 Golden Globes, in a gala that will not have celebrities or the public and that will not be broadcast on television or on the Internet.

The current situation of the coronavirus pandemic, which again forces the imposition of sanitary measures, and the controversy generated around the lack of diversity and unethical practices of some members of the Foreign Press Association they will dazzle one more year the Golden Globes ceremony, which this year will be held as a private event.