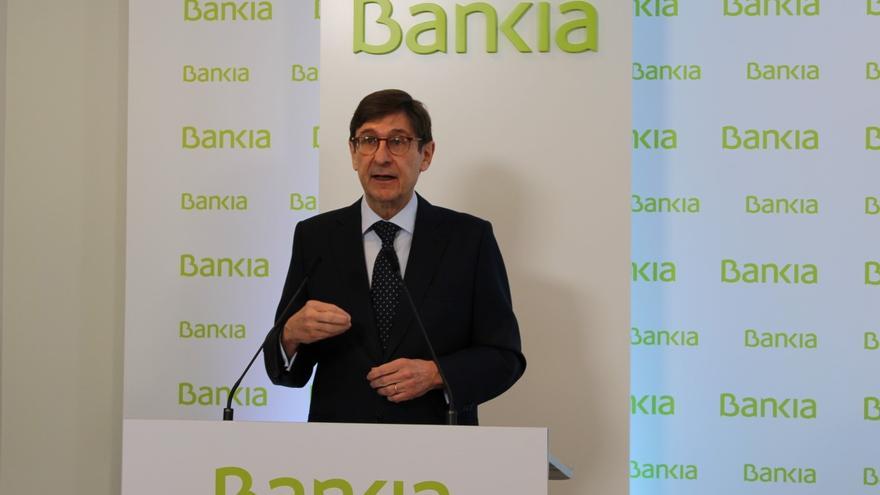 Bankia’s shareholders’ meeting on Tuesday gave the go-ahead to the merger of the banking group rescued in 2012 with CaixaBank. This is one of the last steps that are pending for the creation of the largest bank in Spain to go ahead. This Thursday it will be the turn of the shareholders of the Catalan entity.

The president of Bankia and future president of CaixaBank, José Ignacio Goirigolzarri, has defended this operation in one of his last speeches as chief executive of the rescued bank. The FROB, the body through which the State has 62% of the entity, had already endorsed this operation, so this Tuesday’s appointment was presented as a mere procedure to comply with all the legal steps so that it is completed with its absorption by CaixaBank. “In my opinion it is the most relevant meeting that Bankia has had”, he pointed out.

“The project that we are submitting for your consideration today is undoubtedly the best response to the challenges that as a sector we are going to continue to face in the medium term, while generating great value for shareholders,” he defended Goirigolzarri. The manager has argued that this operation is due to the environment of low interest rates that, he pointed out, “the analysts discount that they will not be positive again until 2027.” Added to this is the path to the digitization of the sector and the entry of new competitors.

In this sense, Goirigolzarri has defended before the shareholders – 80% of the shares were present or represented – that CaixaBank was the ideal partner for the group. “Although it is true that our entity will become the outstanding leader in our country, both in terms of deposits and credit, this situation is not different from the reality of the sector in other European countries, where the market leader holds similar shares” , he pointed out, recalling that around 25% of the main banking businesses will remain in the hands of this entity.

During shareholders’ question time, he was asked about the lost opportunity of having a public bank in Spain. The president, in response to this question, has once again shown his opposition to the existence of a public commercial bank. “If by public banking it is understood that a bank like Bankia is used as an instrument of economic policy, it does not seem correct to me and it seems to me a mistake. Financial entities must be managed professionally and with absolute independence. Bankia is a clear example of this “has settled. “The management of Bankia these years should be valued”, he claimed.

He has also been consulted about the future restructuring process after the merger, which will lead to a staff cut. Goirigolzarri has avoided advancing figures of possible adjustments, claiming that there are still months until this process takes place. It has advanced, yes, three “vectors” in which the process will be directed by the new entity. “Reach an agreement with the vast majority of union representatives, we will try to ensure that the maximum number of dismissals are voluntary and we will make strictly meritocratic decisions,” he said.

The Chairman of Bankia has ensured that having anticipated the merger of the entity with CaixaBank at a time of abrupt change in the environment has allowed for greater optionality in the consolidation map and to face integration from a greater financial strength. “Faced with such a rapid change in the environment, the board of directors, which had already devoted several sessions in the past to analyzing the consolidation of the sector in Spain and the possible role that Bankia could play, understood that anticipation was a key strategic factor “Goirigolzarri indicated at the shareholders’ meeting held this Tuesday to approve the common merger project.

The president of Bankia, who has not made reference in his speech to the recovery of public aid that was injected into the bank to re-float the entity in 2012, highlighted in his speech the calculation already raised by both groups in the presentation of the agreement in September that 1,000 million euros of annual synergies will be generated. This total is divided as follows: 290 million euros of additional income after the addition of both entities and 770 million of cost savings.

Goirigolzarri assumes that a complex process is now beginning in the integration of both banks that “carries risks”, although he has pointed out that the two entities have experience in the last decade in this kind of operations. Not surprisingly, their balance has more than twenty old savings banks.

This Thursday it will be the turn of the CaixaBank shareholders. A mere procedure is also expected at that appointment, since Criteria, chaired by Isidro Fainé, has 40% of the entity. The final decision, Goirigolzarri pointed out, is the responsibility of the Ministry of Economic Affairs and Digital Transformation, which in turn will need the prior report, among other bodies, from the Bank of Spain and the European Central Bank as well as the National Markets Commission. and the Competition.