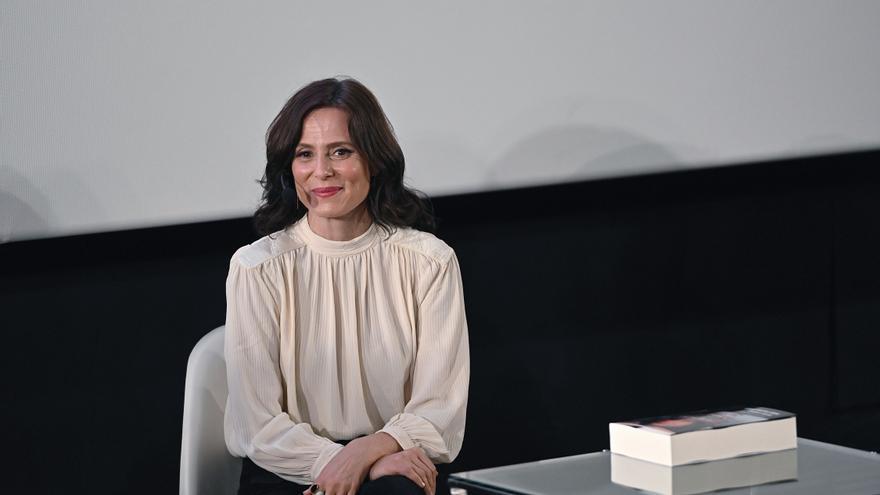 Madrid, Feb 9 (EFE) .- Aitana Sánchez-Gijón, with more than half a life dedicated to acting, has managed to “fulfill a dream”, to be an “Almodóvar girl”, by becoming Teresa, one of the “parallel mothers “of the new production of El Deseo in what means his return to the cinema after several years focused on the theater.

“Going back to the cinema with Pedro is a luxury,” says the actress in an interview with EFE. “I am not buying it yet and I knew it for three months and we have been working on the project for a while” excited. “I am very happy to be able to interpret such a rich and full character, one of those characteristics of Pedro,” he added.

The career of Sánchez-Gijón (Rome, 1968) was consolidated nationally and internationally in the nineties with works such as “Boca a boca” (1995), by Manuel Gómez Pereira, or “The bird of happiness” (1993 ) by Pilar Miró.

He also shot “A walk through the clouds” (1995), by Alfonso Arau; “La camarera del Titanic” (1997), by Bigas Luna, or “Volaverunt” (1999), also by the Catalan director, in a role that won him the Best Actress Award at the San Sebastián Film Festival.

Some of these titles are those that the book reviews, fresh from the oven, “Aitana Sánchez-Gijón: ribbons and letters” (Sial Pigmalión). In the words of its coordinator, the professor at the University of Córdoba, Rafael Bonilla, “it is an in-depth study of the actress’s filmography, delving into her characters and even her as a character.”

QUESTION.- How did you get the proposal to write a book about your filmography and about yourself?

ANSWER.- Rafael Bonilla contacted me with this idea and I told him to go ahead. I mean, this is your project, if I can help you with something I will. And the truth is that I have done little, provide some photographs and have a talk about a movie. But, now looking at the book (864 pages) I feel quite overwhelmed and relieved on the other hand.

Q.- You have spent more than half your life dedicated to acting, do you think that, over the years, a change is taking place in the relationship between women over 50 years and audiovisuals?

A.- I think so, that in recent years there has been an important change and I hope it will go even further. It is still not enough, but it is true that until very recently female characters of a certain age became the mother of the object of desire (younger actress) or to be a satellite in history. Now luckily not, and there are roles for these actresses.

And in that they are ahead of us in the United States, of course, making series and movies for a long time, where there are female characters of all ages and conditions, very rich and very powerful. And that, fortunately, has also been reflected in our fiction.

Q.- Despite being a catastrophic year, with so much impact on culture, you have many projects, do you feel lucky?

A.- Yes, the truth is that I had programmed myself not to work for a whole year, that is, a large part of the sectors are paralyzed and suffering a lot, including ours; but I personally am lucky to have been able to finish a tour of “Juana” last week, and I am getting very interesting and very gratifying things. So, yes, I am one of the privileged ones who are fortunately being able to work.

Q.- In this sense, as a consequence of the pandemic, many cinemas and theaters are having to close down because they cannot be maintained due to the low number of visitors or due to sanitary confinements, do you think that the government’s aid is enough?

A.- It seems to me a huge mistake that some municipalities or communities decide to close or limit capacity in an extreme way. We are giving society a contradictory message by saying on the one hand that culture is safe and, on the other, letting closures occur. I understand that there must be a limitation for security, until then I agree, but there are places where the capacity is 30%. It is excessive.

Q.- Politically speaking, are you afraid of where society is going, increasingly polarized, unsupportive and violent?

A.- If it’s a little scary. This viscerality, this appeal to the low instincts that make everything so epidermal, makes us lose the ability to dialogue and understand each other, and it is quite scary. Who would have imagined that we were going to start the year with the assault on the Capitol? Nobody … We live in a political tension, which also affects our country.

I try to talk to my children, now teenagers, so that they don’t get carried away by this visceral rapture, I tell them to stop to think and reason and to respond with arguments without disqualifying the contrary.