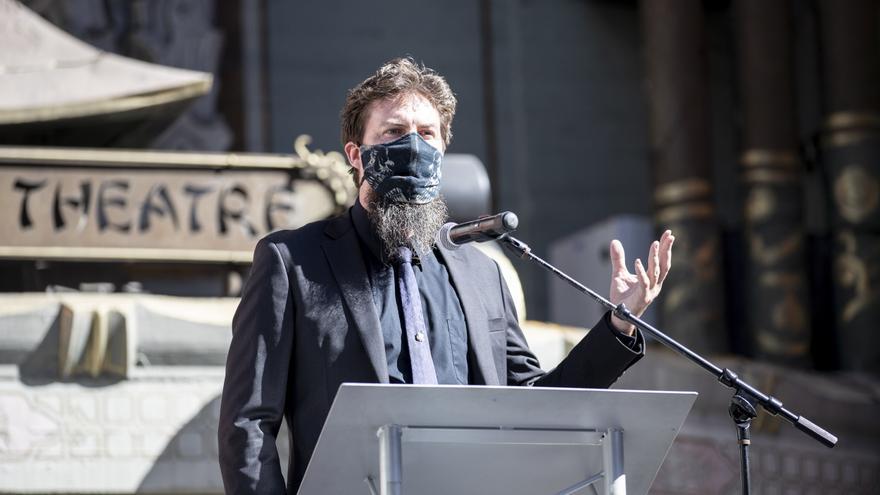 Los Angeles (USA), Apr 5 (EFE) .- “Godzilla vs. Kong” resurrected the box office in the United States and Canada on the Easter holidays, achieving the best premiere of a movie during the pandemic.

According to data from the specialized portal Box Office Mojo, this Warner Bros. blockbuster achieved $ 48.5 million in the “domestic” section, which in the jargon of the sector groups together the revenues of the United States and Canada.

“Godzilla vs. Kong” was presented on March 31 and took advantage of the long weekend with the Easter holidays to reign without discussion in the cinema.

For comparison, “Godzilla vs. Kong” has bagged in just five days in the United States and Canada more than “Wonder Woman 1984” since it was released in December, since the film starring Gal Gadot has so far grossed 46 million. dollars in total.

Another example of the good performance of “Godzilla vs. Kong” is that “Tenet”, Christopher Nolan’s big bet, has accumulated in the United States only $ 58 million since it was released last summer.

The merit of “Godzilla vs. Kong” is important since this film between two of the most famous monsters in cinema has been released both in theaters and on the HBO Max platform (“Wonder Woman 1984” had the same commercial strategy , but “Tenet” was only seen on the big screen).

However, and regardless of the success that Godzilla and King Kong have among audiences, this film has clearly benefited from the recent reopening of cinemas in New York and Los Angeles, from the favorable evolution of the pandemic in the United States and from the progress of the coronavirus vaccination process in the country.

“Godzilla vs. Kong” has also become a global box office phenomenon, since around the world it has so far recorded $ 285.4 million.

This film by director Adam Wingard is the culmination of the so-called MonsterVerse, a Warner Bros. and Legendary saga that has brought the kaiju (Japanese monster film) genre back in Hollywood to combine it with the stories of King Kong in proposals such as “Kong: The Skull Island “(2017).

The success of “Godzilla vs. Kong” also reinforces Warner Bros. ‘risky tactic for 2021.

Unlike the rest of Hollywood studios, which mostly chose to delay their most important releases or take them directly to the digital market, Warner Bros. will present its entire 2021 catalog in theaters and on the HBO Max platform at the same time.

Although this decision will allow cinemas to have new films to release in 2021 after many ruinous months of reruns of classics and independent film releases, highly respected voices in the industry such as Christopher Nolan and Denis Villeneuve criticized this measure.

THE TERROR OF “PRAY FOR US” DOES NOT SCARE

Faced with the triumphant release of “Godzilla vs. Kong,” this week’s other major release, the horror film “Pray for Us,” failed to arouse public enthusiasm in the United States and Canada.

The Jeffrey Dean Morgan starring film about alleged miracles with a perverse explanation behind it only grossed $ 3.2 million.

The podium was completed by the action film “Nobody”, which with Bob Odenkirk as the protagonist this weekend added 3.1 million dollars to a total worldwide collection that already amounts to 21.1 million.

Finally, the children’s films “Stripe and the Last Dragon” and “Tom and Jerry” occupied the fourth and fifth positions of the “domestic” box office with 2 and 1.4 million dollars, respectively.