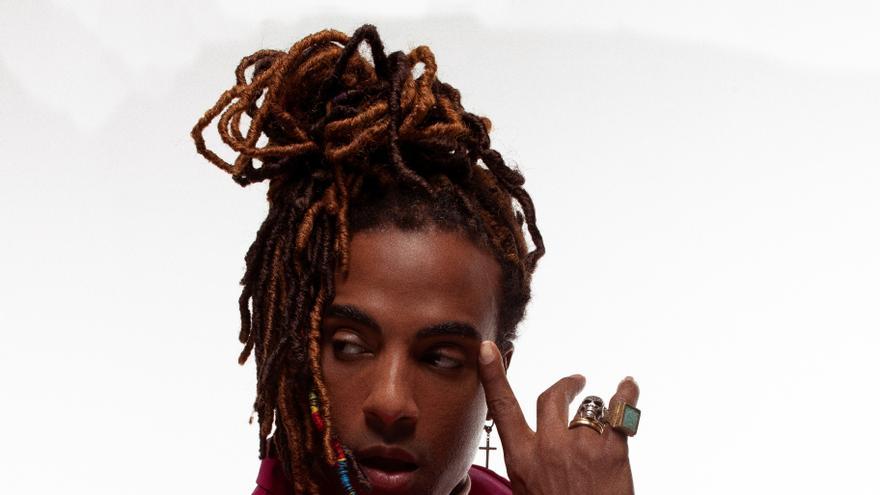 Madrid, Jan 12 (EFE) .- Yotuel Romero, Cuban musician, composer and performer, launches his solo career with “Rebelde”, a collaboration with Beatriz Luengo and Omar Montes in which he pays tribute to the theme of Jeanette de finals of the seventies while he “takes time” with his urban group Orishas.

“It’s been a while since the relationship with the Orishas members cooled down, so we decided to put a full stop, not to continue forcing something that no longer existed and to be able to regret later. I think the covid also came to rethink many things and each of we want to carry on his solo career. Only God knows if Orishas will return some day, in five, ten or fifteen years, I don’t know, “the singer told EFE in an interview.

It was 1999 when Orishas began to emerge in the world of music thanks to “a new musical formula” that they themselves had invented. Its members (Yotuel, Ruzzo and Roldán) combined hip-hop with Cuban sounds, such as son or “tumbao”, and that ended up capturing the attention of the music industry.

Their songs crossed borders, managed to position themselves in the most prestigious charts of many countries in the world and Orishas, ​​whose name refers to the deities of the Afro-Cuban religious pantheon, became one of the groups with the most projection of the moment, even reaching be nominated for the Grammy and win a Latin Grammy with the song “Pal Norte” in the category of “best urban song.”

Now, after many concerts and “unforgettable moments together”, the members of the group have decided to take “some time and a wide space” to “focus each one on their own.”

“I’m very excited, this time made me think about my new album and about composing music that sounded more like Yotuel,” he explains.

Romero (La Habana, 1976) has decided to show an aperitif of what will be his next album, “Renacer”, still without a release date, but with finished songs and with confirmed collaborations such as Rozalén, Major Lazer or the Colombian band ChocQuibTown.

In the words of the singer, it will be an album “beautiful and symbolizing the rebirth of a new Yotuel within the music industry.”

THE STRANGE ALLIANCE OF “REBELDE”.

In that first advance called “Rebelde”, the Cuban wanted him to have “Spanish blood”, hence he asked Beatriz. Later, his wife, with whom he points out – jokingly and laughing – that it is “difficult” to collaborate.

“I was missing a rapper, one who came from the neighborhood, from a humble area, so I got in touch with Omar (Montes), I told him the idea, he liked it and we went ahead with it,” he argues.

There have been many who have been surprised by the collaboration between Luengo and Montes, since the singer is a true defender of feminism and the Madrilenian has been accused of the opposite.

“They have understood each other very well. I think Omar has learned a lot from Bea and she has had the opportunity to transmit her way of thinking and her struggle. I think that in this song we see a super fragile Omar,” he declares.

The video clip, directed by the Spanish director and photographer Eugenio Recuenco (responsible for the Elisabeth Arden campaign with singer Taylor Swift, for example), has already accumulated nearly 900,000 views on YouTube.

“I believe that we unintentionally launched the song at the right time. It has been composed for a year, and due to fate we decided to release it in 2021, just when the vaccine also arrives. A lot of coincidence,” he considers.

Also, “Rebelde” is a tribute to the song “Soy Rebelde” that the singer Jeanette composed in the 70s, but with a “more urban touch”.

Although the song is composed mainly by the Cuban, then he is the one who has the least prominence singing, something that he argues with a simple: “I love it, that shows that I have no ego.”

Tags: day, god, me you him, Orishas, Rosemary, To return to, yes