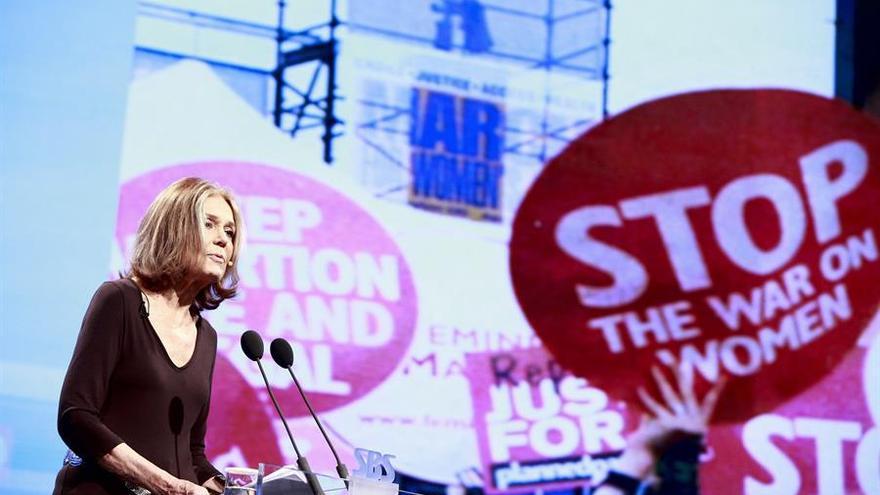 Gloria Steinem said a few years ago that she had to wait many years for her best friends to be born. It was the phrase with which she showed her enthusiasm for the rejuvenation and effervescence of contemporary feminism. She, who forged her career as a journalist and writer in the United States of the 1960s – another historical moment of great exposure for feminism – thus recognized the achievements and ideas of the younger generations. That this Wednesday the jury has decided to award him the 2021 Princess of Asturias Award for Communication and Humanities can be read as another of the signs of the times we live in, rare, dark many times, but also full of impulses to deepen social changes that we inherited from the oldest.

Many things can be said about Gloria Steinem: that she was one of the first feminist journalists (and proud to be) of modernity, that she combined her reporting and writing with an activism that enriched her texts with new approaches and contributions, or that she is a of the living legends of feminism, although the compliment sounds a bit bombastic.

Steinem (Ohio, 1934) wrote from New York for different publications such as Esquire or Cosmopolitan and co-founded New York Magazine. Her ‘gender perspective’ led her, early in her career, to work at the city’s Playboy Club to write about the working conditions of the women who worked there. It was in New York Magazine where he published in 1969 one of his most emblematic articles and that contributed to boost his figure: “After black power, the liberation of women.” In 1972, together with other journalists, she founded the publication Ms, the first feminist magazine, created and directed by women. Its first print run sold out in just a week, a reflection of that feminist concern that was beating strong in American society at the time.

The writer, who voluntarily terminated a pregnancy in hiding when she was young, reported on her abortion. His testimony was one of the first that served to break the silence and double standards in this regard and obtained a lot of repercussion. Later, Steinem dedicated his book ‘My life on the road’ (published in Spain by Alpha Decay) to the doctor who performed that abortion. The dedication reads like this:

“This book is dedicated to Dr. John Sharpe, a London physician who in 1957, a decade before it was legal in England to perform abortions except in the event that the woman was in danger, took the considerable risk of helping a 22-year-old American He was on his way to India. Not knowing anything other than that the girl had broken an engagement in her land to go in search of an uncertain destiny, she said: ‘You have to promise me two things. First, that you will not give my name to No one. Second, that you will do with your life what you want. “My dear Dr. Sharpe (…): I have done the best I could.”

The legalization of abortion was one of the flags that Steinem waved strongly. “It’s our Vietnam,” says her character in the HBO series Mrs America, which chronicles the battle of American feminism in the 1970s to pass the Equal Rights Amendment across the United States. In that battle, Gloria Steinem is one of the main characters, as a public leader but also as a strategist who spoke with Democrats and Republicans to bring them closer to their goals. Her texts but also her speeches, her public appearances and her audacious phrases made her a popular figure with great power of appeal.

The feminism of the time was not without its disputes and controversies. From the relationship with the anti-racist movement to the controversy over the rights of lesbian women and their inclusion in feminism. Steinem has always advocated for inclusive feminism and for what we would now call ‘intersectionality. In an interview with elDiario.es in 2016 she said: “Women have always been second-class but it is much worse for women of a lower caste or of another race, for example in India or African-American women.” His ideas sometimes collided with those of another great feminist of the moment, Betty Friedan, the author of ‘The mystique of femininity’. The height of her thinking places her even today among the most distinguished of the American intelligentsia.

And no, Gloria Steinem was not spared the macho attacks, paternalism or condescension of her own colleagues, journalists and writers. The much revered Gay Talese tried to demean her by referring to her as “the pretty girl of the season.” One thing is clear, though: her long hair and thick sunglasses are to feminism what the open-tongued mouth of the Rolling Stones is to music.

We all (and all) have a lot to thank Gloria (now I call her by her first name, it’s something we fans do) but especially the journalists and writers who have -we have- in her a living example of intellectual, journalistic commitment, literary and feminist. I remember several conversations with colleagues (men) by profession who did not know who Steinem was. Perhaps now, after this recognition, they will know who she is and, then, they will also understand better who we are.