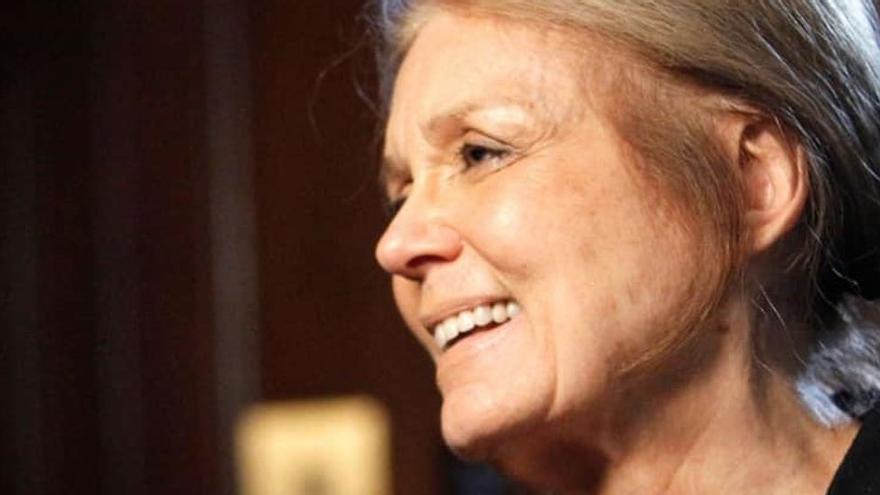 Steinem is the award-winning personality this year in the category of Communication and Humanities with the Princess of Asturias. The jury, chaired by the former director of the Royal Spanish Academy Victor de la Concha, has seen in it an “essential reference of the movement for women’s rights”. “Since the 60s, the activism of Gloria Steinem, marked by independence and rigor, has been the engine of one of the great revolutions of contemporary society,” he acknowledges, without forgetting to refer to “her weight and her willingness to include all voices ”.

Gloria Steinem has taken life as a journey, as a succession of discoveries and learnings, and of commitments to humanity and equality. A journey in the literal sense, because his childhood passed from one place to another, in a van, by the nomadic impulse of his father, who dragged the family with him across the United States. ‘My life on the road’, Steinem’s vibrant biography, is the story of that journey, geographical and vital, which has ended up being his way of traveling the world.

Yesterday, upon being recognized with the Princess of Asturias Award, Steinem thanked the jury for their determination to “praise the scientific, cultural, social and humanitarian work that makes our world a better place”. “After a difficult year for all of us, I am looking forward to meeting again in celebration and community,” he added, hinting at his intention to travel to Oviedo to collect the award.

Gloria Steinem’s photography and Dorothy Pitman Hughes With his fist raised, on the occasion of the launch of ‘Ms.’, the first feminist magazine in the United States, it is part of the contemporary pop imaginary and is traversed by the spirit of the time. Steinem, like Angela davis, harnessed the energy of the anti-racist struggle to boost feminist demands and finally get the United States Congress to pass the Equal Rights Amendment in 1971.

Steinem worked for newspapers such as ‘Esquire’, ‘New York Magazine’ and ‘Cosmopolitan’, a magazine in which he published an interview with John Lennon. Jane Fonda and Boby Kennedy are among her friends and accomplices in political combat.

The Asturian philosopher and feminist Amelia Valcárcel yesterday referred to Steinem as “a central figure in the third wave of feminism in the American phase” and recalled how, years ago, in Oviedo, in the Corrada del Obispo, “a phrase by Gloria Steinem was illegally painted for a long time: ‘If men gave birth to abortion it would be a sacrament’, I don’t know who wrote it ”. “Gloria is one of the people with the most rhetorical capacity that I have ever read, she is amazingly good rhetorically, that’s why her books were so widely read and they taught feminism to so many people,” added Valcárcel.

The president of the Progressive Women Federation of Asturias, Blanca Esther Aranda, congratulated the jury on their choice. “That a feminist is awarded is always a joy,” she declared. “The most important thing about Steinem is the value it places on women in politics.” She alluded to her commitment to the movements that ran through North American society in the 60s and 70s, but acknowledged that personally what she values ​​most in her is her political activism: “For me the most important thing and what changes the world is politics, and the more women there are in politics, the better for everyone “.

Cristina Iglesias placeholder image, manager of the Belladona clinic, a pioneer in the practice of abortions in Asturias, thanked Steinem for making “her work as a writer available to women’s rights, making public aspects of her personal life such as the story of her abortion clandestine in London, so that his experience could serve as a guide to other people ”. “Women like her have laid the foundations for some rights that we enjoy today, although the fight must continue: every year 23,000 women die worldwide from complications related to unsafe or clandestine abortions,” Iglesias added.