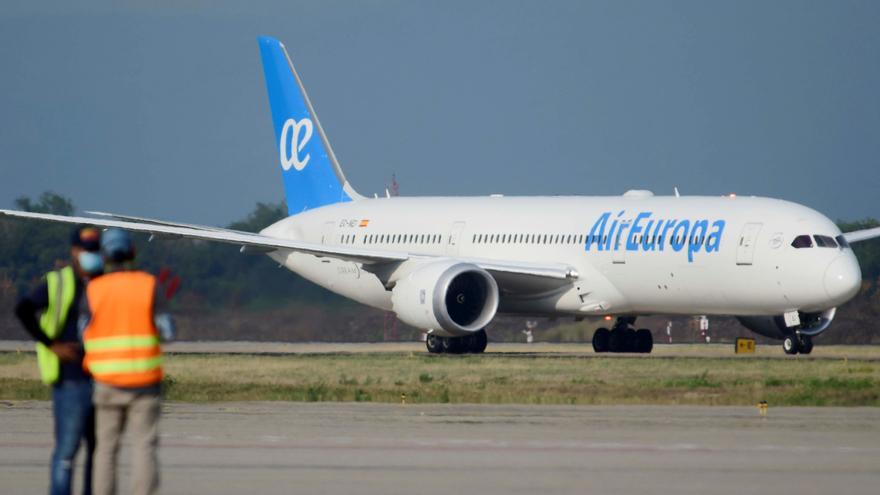 Globalia, the business group that owns Air Europa, has requested about 400 million euros from the rescue fund for strategic companies launched by the Government, according to EFE from business sources. The petition is being studied by the State Society for Industrial Participations (SEPI). Air Europa already obtained in May a loan of 140 million from a group of banks with the endorsement of the ICO.

The Hidalgo family group intends to clean up the accounts of its airline with this public aid to later face its sale to IAG, Iberia’s parent company, which was stopped by the COVID-19 pandemic. Sources close to the operation indicated then that the operation agreed in November amounted to 1,000 million euros.

Both companies have already announced that they are renegotiating the terms of the operation, the price of which would have been reduced by 400 or 500 million, but which are linked to aid from SEPI. As it is aid that exceeds 250 million euros, it must also have the approval of the European Commission.

The IAG group, of which Vueling and British Airways are also part, will bring to its shareholders’ meeting this Tuesday a capital increase of up to 2,750 million euros with the aim of improving its balance sheet and its liquidity position.

The capital increase has been designed by the company to allow it to strengthen its balance sheet and reduce its indebtedness; improve liquidity and provide protection for a potential longer air demand downturn, based on IAG’s more pessimistic scenario; as well as providing the airline group with the operational and strategic flexibility to take advantage of a recovery in air demand.

The shareholders’ meeting, which will be held in Madrid electronically, must also guarantee that the Walsh – who will take over from the Spanish Luis Gallego as CEO, after fifteen years at the head of the group – collects the bonus of more than 880,000 pounds (about 987,000 euros) corresponding to his management in 2019. According to the British press, several shareholders are opposed, so the remuneration report of the board of directors could be rejected.