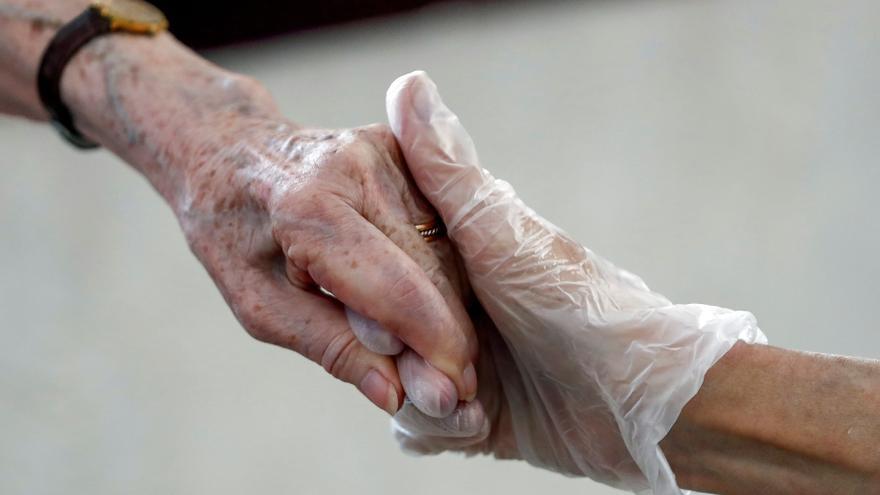 Coinciding with the World Awareness Day against Abuse and Maltreatment in Old Age that is celebrated on June 15, the world organization for the defense of human rights has published a guide addressed to state and regional authorities with a Proposal for a legislative initiative to improve the quality of life of users of residential centers.

Local entities that fight against abuse in old age also consider that the key to achieving “real changes” is to move from a care approach to a human rights-based perspective. In a research to residences of Catalonia and Madrid published in December, Amnesty has already denounced the violation, during the first wave of the pandemic, of the rights to health, life, family life, non-discrimination and a death worthy of many users.

Beyond the sanitary cut measures and demanding more public resources, the document released yesterday calls for guarantee the participation of the people themselves in decisions about their future. In addition, Amnesty describes the work of the Prosecutor’s Office as “insufficient” and demands an independent investigation to determine the responsibility of the governments and the managers of the centers in the violation of rights in the residences during the emergency by the covid. The objective is to prevent this situation from recurring in the future.

“As a first step, there should be a parliamentary debate that would lead to a legislative initiative at the regional level to change the residential model, which now works as a parking lot or a kind of nursery “, considers Martínez. This initiative should be done “with an intersectional, human rights and gender perspective”, since 70% of the users of residences are women.

Although the Department of Drets Socials has been interested in the publication of this guide, no spokesperson agreed yesterday to comment on the document or they entered to assess the convenience of holding a monographic plenary session or a parliamentary commission on this issue.

The request for a new law that protects the rights of the elderly both in residences and in all areas of life is not new. But the combative spokesperson for the Coordinator of Relatives of Residences 5 + 1, María José Carcelén, warns that a state law “would force to modify the Constitution and it would be useless if the personnel ratios did not increase and there were not enough inspectors”.

Carcelén’s reflections reflect the difference between focusing care on the elderly from an exclusively health or social point of view to doing so from the point of view of rights: “It is not possible for nightlife to open and people can go to dinner until one in the morning while the residences remain in a prison regime or, as in Catalonia, only one weekly visit is allowed. Rights do not change based on age! ”.

One of the emblematic projects of the Generalitat is the investment of European funds Next Generation in the transformation of the model of autonomy and care for the elderly. With a budget of 396.7 million euros, it seeks, among other things, focus care on old age at home and in coexistence units, rather than in overcrowded residences.

“I am afraid that in the end these funds will be taken by the same ones as always,” says Ingrid Silvestre, director of the 24-seater residence L’Olivaret in Barcelona. They will say that they are building a macro center with coexistence units and that’s it. Europe is betting on this model, but here it does not pay off because there is a short-term economic perspective. It is not taken into account that if people are in good health, happy and can carry out their life project, they get sick much less and that supposes an important saving to health level “.

Silvestre, who has also participated in the III Conference ‘El bon tracte ens fa grans’ on abuse in old age, considers that a future law of the elderly “has to be done by looking at the person himself, in what he will want and how he will want to live when he is dependent and not on what others decide. ” In the end, he concludes, “So much paternalism with older people is also violence because you are overriding their will.”