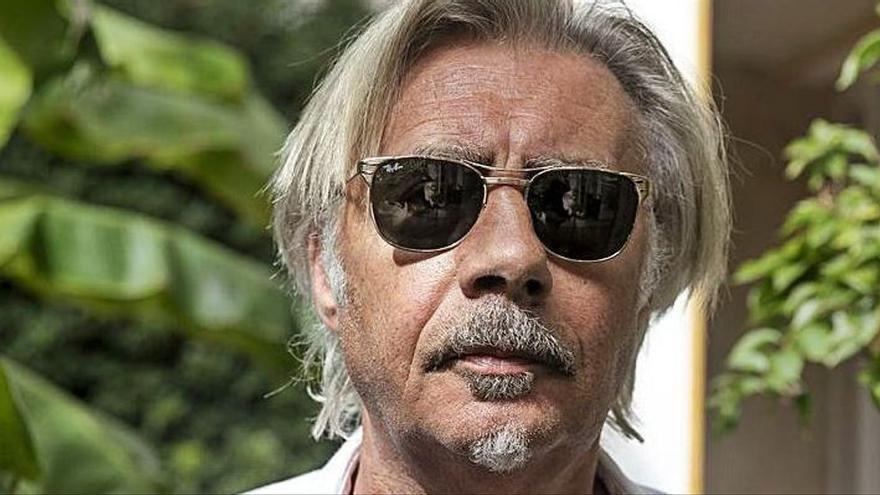 – Obligatory question: what are you doing in Mallorca?

-I have come on vacation to rest a bit. I have also taken the opportunity to visit some friends. I am thinking of acquiring a house here in a while. At the moment it is just an idea. I love Mallorca and I love Spain. Last year I was able to come for a whole month. The Brexit it is getting worse and worse and gives us less room for maneuver.

-How do you live the evolution of Brexit and its consequences?

-It’s ridiculous and embarrassing. With Boris johnsonNow in the UK we have our own Franco. We are turning back as a society because of him.

– Some say that Johnson is a “punk icon”.

-No. It is totally the opposite. The sad thing about this issue is that he seems media savvy, and many of the old punks think he’s an alternative politician, but he’s not. He is the establishment personified. Is ruining United Kingdom and he wants to be a totalitarian ruler. Musicians, for example, are having trouble traveling and playing elsewhere. It affects me less, but my son and his gang don’t know how to do it. We need a lot of paperwork to work, and that makes things very difficult for our profession.

-He affirms that he is “very tired” of being asked about his time in the Sex Pistols.

-Yes, but I understand that people want to talk about this issue with me. It has been many years since that time and he will always be with me. We didn’t found the band to be famous, but because we liked making music together. Now many artists want to be musicians just to be famous.

-Anything to add about that time?

-I remember it as a stage of youth in which I learned a lot. They were my formative years and they inevitably marked my way of making and conceiving music. Together with Steve Jones and Paul Cook we were like a little band learning to play. There is a curious phenomenon when we all start from the same point, and that is that those days end up having a greater meaning in your life. We had something in common that others didn’t. We didn’t have to force him, he went out alone. Then the division came and the news began about the reasons, what had happened, the quarrels and the unpleasant messages. If you think about it, it was a sad time, we really didn’t want to go through all that or end that way.

-After that he continued making music and playing. Did anything change in your understanding of music?

-I combed my hair, put on a jacket and continued with my solo career. That was it. Also, from that time I remember coming with Iggy Pop to Barcelona to play. At the end we went to Sitges and, when I was riding a pedal boat with my girlfriend, we heard Iggy in the distance making noises and those strange sounds. I will never forget that.

-Are you still a punk?

-As much as it used to be in my youth. My ideas and thoughts are listed to the left, especially in these moments in which the extreme right has taken power. I don’t think it makes sense to keep making songs like that: fuck the government! You have to try to go one step further and be smarter. Also, I listen to quite a few classic pop songs and I really enjoy them.

-Yes, although it has changed its form. Before confinement I was able to travel around the world and I realized that the word punk now serves to define everything that is not mainstream or commercial. I think punk has other meanings, it’s not that simple. What I don’t like about punk is when people think that being punk means wearing a certain type of shirt and pants. That doesn’t make any sense.

-Is an album like Never mind the bollocks possible today?

-No, because it belongs to another era. The ways of making music and acting had nothing to do with it. It was a product that could not be understood without its context.

-In his youth he said that he preferred music to parties. Do you still think the same?

-I don’t think they are incompatible. I like them both. People believe that the profession is just that. Musicians are working all day because any influence or idea can become a song. Even if you are lying in the pool on vacation.