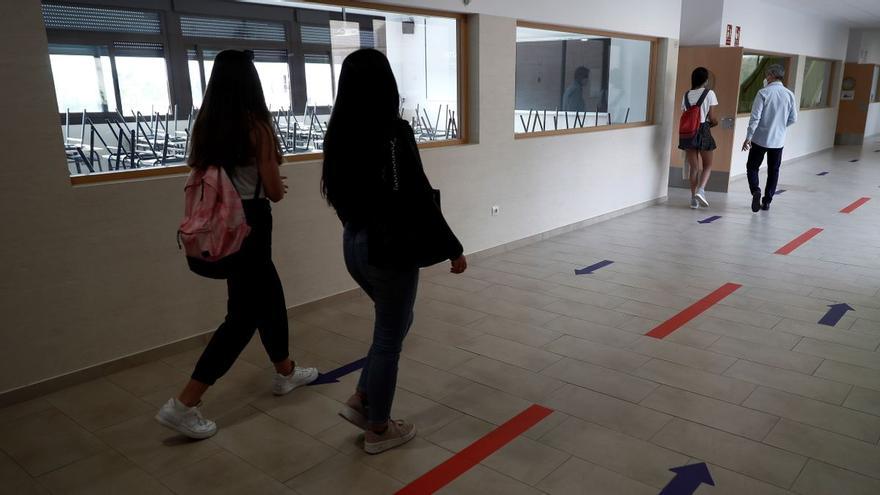 News in the school year almost a month after it started. Goodbye to learning standards (this year) and the final slam of Wert’s revalidations, although they were never implemented. The autonomous communities already have the regulations that will allow them to hire certain teachers without the specific master’s degree – and until now mandatory to practice in Secondary – and the centers have tools to make evaluation, promotion and qualification more flexible during the course. “From the outset, this is what we had asked the Ministry,” Esteban Álvarez, president of the association of directors of Adimad Secondary schools, assesses urgently. “But you have to see what that specifically consists of and what the communities do later,” he warns.

The Ministry of Education wants to avoid the headaches caused by managing the end of last year, disagreements with some autonomous communities included, and has approved a series of measures aimed at making the academic year more flexible to give more facilities to educational centers to time to evaluate your students and adapt to possible situations that may arise during the course. There remains a doubt with these measures: some of the modifications that are made affect an organic law, that of Education, and it is not clear that a Royal Decree, the chosen formula, has enough weight for it.

In any case, the Council of Ministers approved this Tuesday a RD with several measures, the specific development of which will have to be observed when it is published in the BOE, in principle tomorrow. At the moment, according to the note published by the ministry, Education gives an “orientation” character to the assessable learning standards, an element that was introduced by the Wert law and that brought teachers upside down, especially in the first years of implementation. These standards are, roughly speaking, items that students should know about each subject and that the teacher has to check one by one. A subject can have a hundred of them and a teacher manage up to 300 students. This year, according to the Education note, they will be able to relax with their fulfillment “in order to facilitate the adaptation of the didactic programs to the decisions that are adopted about face-to-face attendance in the centers.”

The second measure is also to adapt “the criteria for evaluation, promotion and qualification in Primary, Secondary and Baccalaureate, so that the educational administrations may authorize their modification to better adapt them to the situation,” explains Education. With this element there was controversy at the end of last year, because the ministry also stated that it would allow communities to change, for example, the number of failed subjects with which a student passed the course or graduated, but it did not translate it into regulations. The matter caused several fights on two fronts: the regions that did not want to change anything without legal backing and those that required Education to set unique criteria for all of Spain and that it was not up to each autonomy to set the suspension for the holder.

Finally, among the measures announced by the ministry for compulsory education is the final blow to the revalidations of José Ignacio Wert. Although they had already lost their mandatory character to pass the stage and title, and therefore were never implemented, Education suppresses them “because they have other sources of information on the educational performance of the students.”

Finally, there is also something new in Vocational Training. Following the announcement made last week, the ministry will allow communities to reduce the duration of training modules in the workplace, respecting the minimums established by law.