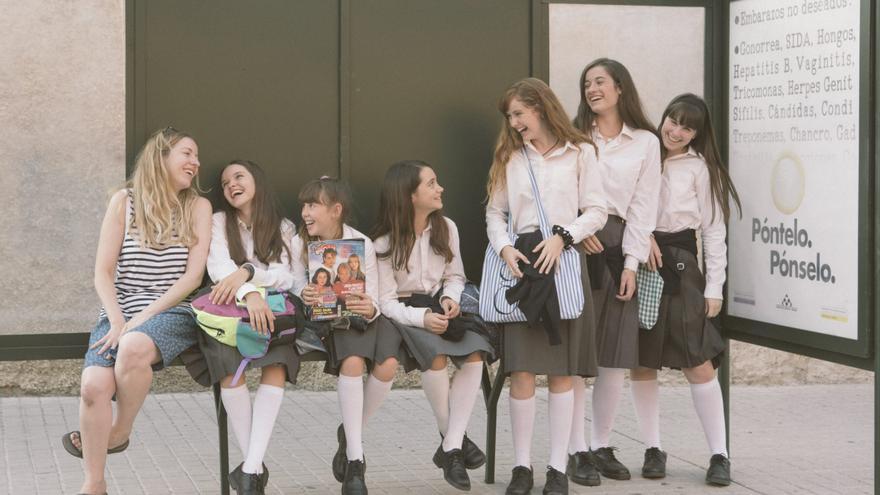 There have been no big surprises in the grand prix of the Malaga record. The film ‘Las Chicas’, the first feature by the Zaragoza filmmaker Pilar Palomero, has won the Golden Biznaga for the best Spanish film of this 23rd edition of the Festival. An atypical celebration, in which COVID-19 has deprived the city of the hustle and bustle and the usual faces year after year, but that has been carried out thanks to strict security measures and, above all, to a sector that is more than aware with what culture is at stake in this crisis.

‘Girls’, a critique of the contradictions and education of the early nineties, made a very good impression when it was presented on Saturday in Malaga, where it had become one of the favorites of the edition. Not surprisingly, Palomero was already in March in the Generación K Plus section of the Berlin Festival. It is the same that was won in 2017 by the Barcelona-born Carla Simón with her ‘Estiu 1993’, which later also obtained here the Biznaga de Oro and, subsequently, the Goya for best new director. The film, starring Andrea Fandós and Natalia de Molina, also takes the best photograph, by Daniela Cajías.

The Silver Biznaga for best direction is for the Mexican Arturo Ripstein for ‘The devil between the legs’, the story, told in a politically incorrect way, of an older marriage in which she feels desired and desirable in her codependency and in front of the humiliations of her husband. It is not the only prize that Ripstein takes, who already received the Retrospective – Malaga Today on Tuesday, out of competition.

The award for best Ibero-American film went to the Mexican ‘Summer White’, by Rodrigo Ruiz Patterson, which also won the award for best screenplay, from Ruiz Patterson himself and Raúl Sebastián Quintanilla. The film addresses the problematic relationship that is generated between a teenager and his mother when she finds a partner and the boy feels displaced

The awards for best actress and best actor have been distributed. La Biznaga for the best female performance has been awarded ex aequo to Kiti Mánver for the comedy by Bernabé Rico, ‘El Inconveniente’, which also wins the audience award, and to Regina Casé, for ‘Tres veranos’, by the Brazilian Sandra Kogut, who wins the critics award. Mánver has also been recognized with the Biznaga ‘City of Paradise’ for its career. La Biznaga for best actor has also been awarded ex aequo to Alberto Ammann and Pablo Echarri, for their role in ‘El silencio del cazador’, by Argentine Martin Desalvo.