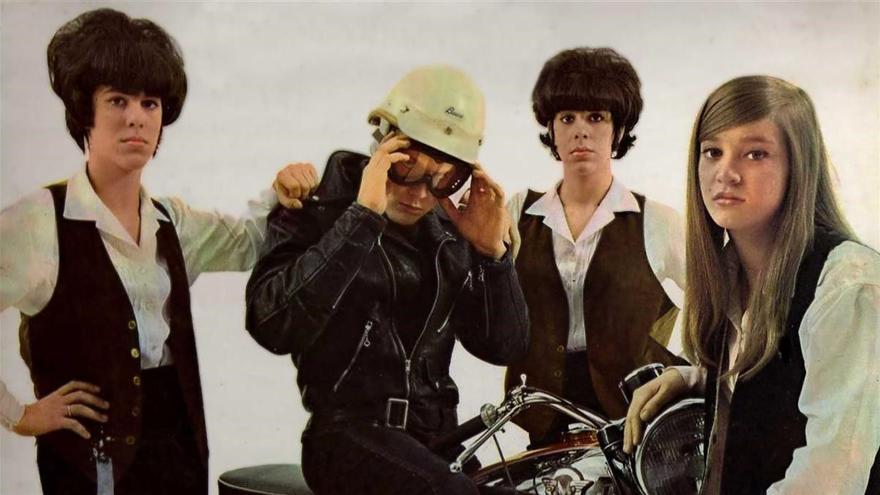 Starring groups of three or four very young and mostly African-American girls (with glorious exceptions such as the Shangri-Las, the Angels and the Paris Sisters), the ‘girl group’ phenomenon exploded at the dawn of the 1960s. hand in hand with the Shirelles (which in 1961 placed two songs at number one), although it had the precedent of the Chantels, a female doo wop quintet that in 1958 had already reached the top of the charts with ‘Maybe’. In the following years up to 1,500 groups of girls were registered in the United States alone; a long dozen succeeded and forged what the eminent critic and historian Greil Marcus defined as “The most beautiful and carefully crafted music in all of rock’n’roll”.

Marcus’s judgment is not exaggerated. After all, songs like ‘Will you love me tomorrow’, the first number one of the Shirelles, they were the end result of a chain job in which they used to intervene the talented pop songwriters who worked in the Brill building from New York under the orders of editor Don Kirshner (in this case, Gerry Goffin and Carole King, who were husband and wife at the time), producers and arrangers of great packaging (here, Luther Dixon, who came from writing songs for Elvis Presley and Jimmy Reed) and the best session musicians available.

The lyrics to ‘Will you love me tomorrow’, which reveals the insecurities of a young woman who wonders if her boyfriend will still love her after they both have their first sexual encounter (a bold theme that led not a few radio stations to veto the song), draws the terrain in which the vast majority of songs in the genre will move: they are girls talking to girls about their concerns and inviting other girls to join the conversation from their bedrooms (or wherever they are listening).

In this sense, the irruption of the ‘girl group sound’ marks the arrival of an exclusively feminine (and often adolescent) look at popular music, which is not a minor milestone. For the first time, young women occupy the center of the ‘mainstream’ stage, something that will not happen again until the 1990s with the success of the Spice Girls, Britney Spears and Avril Lavigne, and they do so to expose a series of issues and concerns unequivocally linked to their gender and age.

In the jail of love

The star theme is, of course, love. And also its dark reverse. Next to exultant celebrations of the joys of youth infatuation, with hearts beating like locomotives (‘Be my baby’ by the Ronettes, ‘He’s so fine’ by the Chiffons, ‘Then he kissed me’ by the Crystals…), there are plenty of songs that tell far more sinister stories. In some cases, the protagonist reaffirms her desire to continue loving the boy to whom she has given her heart, despite the fact that everyone in her environment warns her that the object of her sleeplessness is a very unreliable type; an elevated example is ‘Baby it’s you’, of the Shirelles. In others, the girl is already trapped in a romantic relationship that has become a prison, as in ‘Chains’, from Cookies (When the Beatles included versions of ‘Baby it’s you’ and ‘Chains’ in their first LP, the genre change largely lightened the ominous load of the lyrics.)

Of course emotional dependence who confessed to having Cookies remains child’s play next to the toxicity of the relationship maintained by the protagonist of ‘He’s got the power’, by the Exciters (although there was a man in the quartet, we keep the article in feminine because the Exciters were, in almost every respect, a group of girls). “He makes me do things I don’t want to do / He makes me say things I don’t want to say / and even though I want to break up with him / I can’t stop saying I love him / and I can’t stop doing things for him. / He has the power of love over me! ”. The song, written by Ellie Greenwich and Tony Powers, is magnificent (it was the second hit of the group after the bombshell of ‘Tell him’), but the lyrics reveal a rather alarming psychological pattern.

If there is a group that reflects like no other the passage from adolescent illusion to private hell, they are the crystals. When in November 1961 the New York quartet recorded ‘There’s no other (like my baby)’, their first single for the label of Phil Spector Philles Records, the girls came to the studio straight from the school prom in their prom dresses. Shortly after they launched ‘Uptown’, a nice song under whose surface of romantic surrender a problematic reality is already sensed: A man who receives countless humiliations at work grows when he comes home at night and is alone with his partner. The outcome was almost sung and was made explicit in the group’s third ‘single’: ‘He hit me (it felt like a kiss)’. He hit me and I felt it like a kiss. Such a composition unhealthy and unhealthy it deserves a couple of paragraphs.

No trace of irony

The most gruesome and embarrassing song in the entire 1960s girl group canon was written by Gerry Goffin and Carole King after their children’s babysitter Eva Boyd assured them that the beatings that her undesirable boyfriend hit her were actually a proof of love (Under the stage name of Little Eva, Boyd would soon after achieve a stubby hit with ‘The Loco-Motion’, composed for her by her employers). Six decades later, it remains unclear whether Goffin, the lyricist, harbored a satirical intention when he illuminated verses such as “if he didn’t care about me / I couldn’t have made him angry / but he hit me / and I was glad.” In any case, that’s something Spector didn’t even consider when he forced the Crystals to record the song and overlaid it with funeral arrangements and insidious choruses that chased away any possible ironic interpretation.

With its sickly glorification of domestic violence, the subject was so disturbing that magazines refused to advertise it and broadcasters to broadcast it. The ‘single’ sank under the weight of its own infamy and all the actors involved, with the foreseeable exception of Spector, quickly ran to uncheck themselves. And yet, ‘He hit me (it felt like a kiss)’ has survived through the years as a crude testimony of the tragic contradictions that patriarchal society can impose on women, and in that key has been claimed (not without controversy) by artists such as Amy Winehouse, Lana del Rey and Venezuelan Carmen DeLeon, whose version of the song appears on the soundtrack of the film ‘A promising young woman’.

Fascination for the bad guy

The (deserved) failure of ‘He hit me (it felt like a kiss)’ had consequences. Spector, an abuser with psychopathic features who would end his days behind bars for murder, decided to record a new single for the Crystals … without the Crystals. Voices of ‘He’s a rebel’ actually belong to Darlene Love and her group, the Blossoms, which some time later they would publish, this time in his name, ‘That’s when the tears start’, another fabulous tale of grief caused by a sketchy uncle. ‘He’s a rebel’, who in a mocking pirouette of fate became the first number one of the Crystals, drew a stereotype that would make his fortune in the following years: that of the bad boy and tortured that awakens the instinct of protection (and the loving feelings) of some kind-hearted young woman.

The Shangri-Las, a group of unrefined white girls raised in a tough Queens neighborhood, specialized in such ambivalent relationships and, spurred on by the producer and songwriter George ‘Shadow’ Morton, brought the genre to levels of heartbreak and melodrama never seen before. “He is bad but he is not evil”, says of her boyfriend the protagonist of ‘Give him a great big kiss’ (after not being able to specify the color of his eyes because “he always wears sunglasses”). On ‘Remember (walking in the sand)’ the pelafustan disappears and after two years (two years!) he writes a letter to his girlfriend telling her that he has found another. In the iconic ‘Leader of the pack’ (whose lyrics include the memorable couplet “they told me it was bad / but I knew I was sad”) the conflict is resolved by accidental death. And in the devastating ‘I can never go home anymore’, the soloist regrets having put the passion for a boy who did not deserve it before the relationship with his parents, which has been definitely broken. Something that might as well have sung Rocio Carrasco at his house in Argentona.