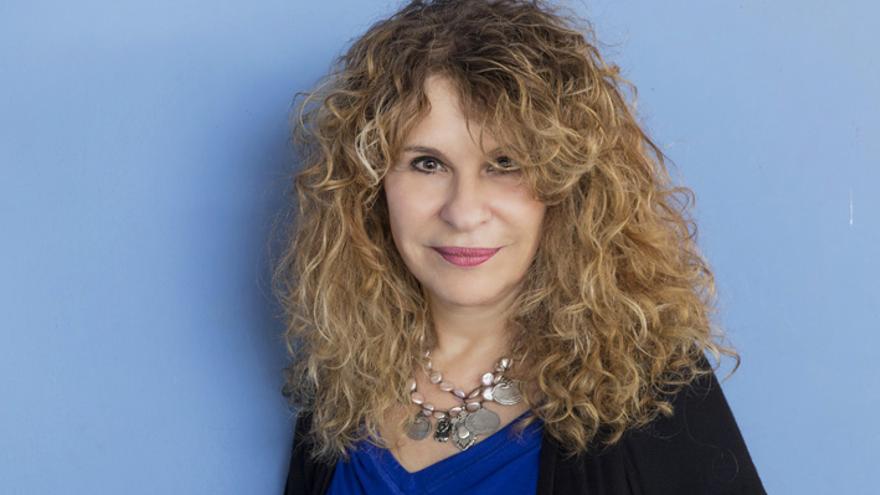 The social and cultural center La Casa Encendida in Madrid hosted, from February 25 to November 19, the cycle Women Against Impunity 2020, in which different international female voices participated. Among them was the writer and activist Gioconda Belli (Nicaragua, 1948), in a colloquium entitled Body, voice and art in the face of dictatorial regimes moderated by Adilia de las Mercedes, director of the Association of Women of Guatemala AMG.

During your intervention He denounced in detail the oppression, the cuts in rights and the anti-democratic policies that, according to his testimony, the government of President Daniel Ortega, in power since the beginning of 20017 (for the second time, his first term was from 1979 to 1990) and his vice president Rosario Murillo, who is also his wife.

Belli’s career is closely tied to Nicaraguan politics. At the same time, he developed a successful literary career – he published his first book of poetry On the grass in 1972– with novels, poetry books and children’s stories, which has led her to obtain numerous international awards such as the Biblioteca Breve by Seix Barral, the Mario Vargas Llosa for the novel and the Jaime Gil de Biedma for poetry, the most recent. In addition, he is part of the Real Academia de la Lengua de Nicaragua and is a Knight of Arts and Letters of France.

Your country is currently experiencing a dramatic situation after the two hurricanes and the Covid-19 health crisis. With an authoritarian government, as you say, that prohibits any solidarity that does not come from the State and lies about the number of patients, how is the population going to recover from these coups?

I often have the feeling of living in the country of Sisyphus. And I often wonder too, as I said in a poem: “How many tyrants do you reach in a lifetime?” Fortunately, history shows that tyrannies pass. There is no doubt that Nicaragua has been a country punished numerous times. Only in my life I lived a devastating earthquake, two dictatorships, several hurricanes, volcanoes that come into operation and the burning fire of a destructive policy. I don’t know where to put this country of my soul so that no one else will hit me. But history is long and here will be Nicaragua and I choose to trust that the spirit and resilience of its inhabitants will carry it forward as many times as necessary.

The opposition to the current government is working to have free elections (in November 2021). If he wins, what is the plan for Nicaragua? What would a post-Ortega and Murillo democratic Nicaragua look like?

I think there would be a long transition period. We will have to purge the police, the armed forces, disarm the paramilitaries, build a productive structure. Ortega received 500 billion dollars over nine years from Venezuela, but that money did not go through the national budget, it was not used to develop the productive structure. We continue to be the second poorest country in Latin America.

He mentioned Pablo Iglesias in his conference and identified him as a ‘progressive’ figure within Unidos Podemos, more sensitive to the situation in Nicaragua, but he pointed out to the communist section of the party that he does not want to recognize this political reality. Does the European left have a Too romantic vision of what happened with the leftist revolutions of the 20th century in Latin America?

Yes. The left often behaves like a religion with its devotions and its saints. He does not want to see that someone like Ortega lives by appropriating a feat in which he played a minor role. It was others who laid down the dead and the epic effort that defeated Somoza and then the Contra. He takes advantage of a past that he has betrayed with anti-people, totalitarian positions, manipulating religion and the most conservative values ​​of the population.

One would think that by now the left would have made a self-criticism and opted for freedom and human rights. But for lack of imagination to reinvent herself and not repeat the same mistakes, she lives clinging to an idea of ​​herself that is no longer valid. For me, it is necessary to seek the synthesis of the best of each system, but the old left have run out of imagination and return to the old concepts. I have found a lot of openness and solidarity in Pablo Iglesias. Podemos expressed its rejection of Ortega’s policy in 2018, but in what was the United Left there are still several who do not want to remove the blindfold and continue to defend the indefensible.

In his novel The country of women (2010), women take command and politics is ‘feminized’. What would that feminized politics be like?

There is a very specific thing in the book, which is how the work organization is changed, because part of the big problem is the distribution of work. For me, it would be necessary to create another in which the two spaces, the private and the public, can subsist. It would make a big difference if when women work and get pregnant they didn’t have to make that heartbreaking decision between staying at work or caring for children.

With a State that would help families with children with well-organized nurseries and maternity wards in offices. It’s a bit utopian, but if we were the ones in charge, we would have done it. As Hillary Clinton used to say, I think it is an African saying: take a village to raise a child. How is it possible that this attention to children, to the future of our generations is in the last degree of importance. Women continue to carry this and that prevents 52% of the world’s population from giving their full potential to the development of humanity.

And then there is another premise that is that women should not masculinize ourselves to exercise power as we are currently required to do. For example, I see that Jacinda Arden, who is wonderful, is really trying. That for me is to feminize politics: pay attention not to gross domestic product, but to focus on the human being.

He has a prolific literary work and has received numerous awards and accolades. However, the publishing world is part of the patriarchal system. Was it very difficult to succeed in literature as a woman?

And of course I feel that there is discrimination. It is being overcome little by little, but when a boom of Latin American and Spanish women who wrote began, it was said that we were making light literature. Little by little I think this is changing but also because we are giving voice to a space that was considered private or that belonged to the genre of romance. The man can talk about what he wants and no one would think of saying why you are making a love story. But if a woman makes a love story, she falls into that stereotype of the romance novel.

It also caught my attention that when I published my last novel Memory fevers (Seix Barral, 2018), where I speak in the first person male, every time they interviewed me they asked me: why did you write it in the first person male? Men use the first female person when they feel like it and nobody asks them: Guillermo Arriaga, Carpentier, Henry James …

And the criticism is quite paradoxical. 70% of the readers are women and they are also extremely good readers of writers. But the criticism is still male and is very hard on women even if it is improving.

What will your next job be?

I have to admit that I am suffering from the pandemic, the political situation in the country, the two hurricanes. I don’t know, my concentration has affected me a lot. I was reading like five novels started, I take them and leave them. I have been able to order a book of poems that won the Jaime Gil de Biedma prize, which made me very happy. I have written things but I have not really been able to feel happy with what I am writing at the moment. I have several ideas, but what I do when I start a novel is write 50 pages. And if by reaching 50 he has not captured me, I know that he will not capture the reader.

Yesterday I was checking precisely how many I have started. One of my obsessions right now is writing about disappointment. What happens when you have given your life for a revolution and you come across this political manipulation, living in another dictatorship. It is very hard and I am having a hard time finding out how to form it.