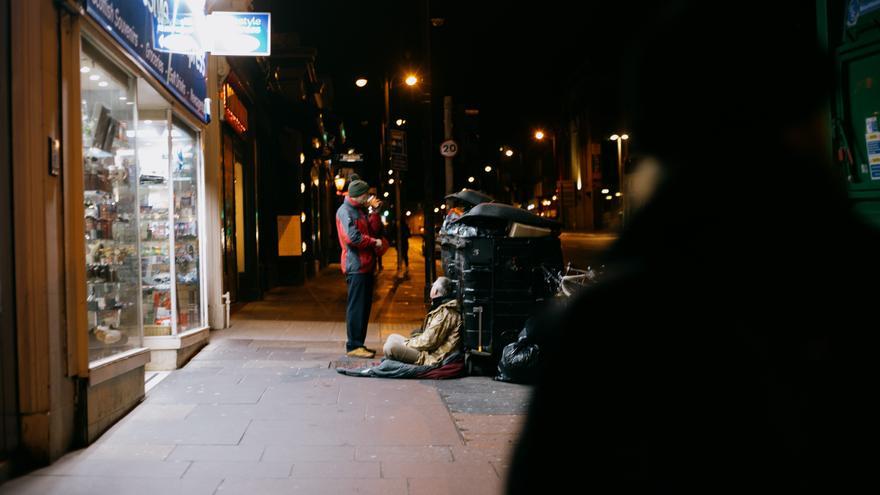 It is not the only one nor is it perfect, but the Gini coefficient is the inequality indicator that is most used internationally to measure the degree of differences that exist between the salaries of the population and, therefore, at the same time, it is a good approximation to radiograph the social inequalities of the countries. In the specific case of Spain, it is no secret that it is one of the European states with the largest gaps between the salaries of the population and the Gini coefficient reflects this in the list published by Eurostat: our country is the third of the eurozone with a higher value in the indicator, which places it as one of the countries with the greatest wage inequalities. Thus, Spain plays in the league of countries such as Lithuania, Latvia, Italy or Greece and moves away from others such as Finland, Slovenia or Austria, whose rates are much lower. However, the Eurostat historical series reveals that, in recent years, Spain has managed to reduce these differences, although the improvement is part of a general trend in many of the surrounding countries. But how is the Gini coefficient calculated and, above all, what are its limitations?

The indicator, which took the surname of its ideologue, the Italian statistician Corrado Gini, as its name, is measured on a scale from zero to one, where zero represents the maximum wage equality and one, the maximum wage inequality. In other words, the closer the Gini coefficient of a country is to zero, the more similar are the incomes of the entire population and, on the other hand, the further it moves away from zero and approaches one, the more differences there are between the highest and lowest salaries. The political scientist and researcher of the Professional College of Political Sciences of the Community of Madrid Marlene González Villanueva insists on the importance of underlining that what this coefficient measures is the inequality between the wages of the population, but never poverty. Why? While poverty refers to the average income of a society as a whole, inequality is fixed, as explained above, in the differences between the different strata of the population. However, thanks to the Gini coefficient, Spain could be placed among the most unequal countries in the eurozone, but not among the poorest.

In 2019, our country scored 0.33 on the indicator, far from the 0.228 for Slovenia, the country in the Eurozone with the best data. However, the average salary in Spain is ostensibly higher than that of Slovenia. At the other end of the scale, although outside the Eurozone, the countries with the highest wage differences reflected by Eurostat are Bulgaria, with 0.408 points out of one, and Turkey, with 0.417. To broaden the spectrum a bit, South Africa and Namibia are the two states in the world with the most worrying figures –0.63 and 0.59, respectively– and Iceland, Slovakia, Slovenia and Norway, the ones with the highest levels of equality in this sense.

Gini’s Weaknesses and How to Row Toward Equality

Before listing the limitations of the Gini coefficient, it is important to also point out its virtues. In a report published this year, the BBVA bank points out that this indicator “takes on special relevance” when it comes to measuring inequality, given that “wage income is the component with the greatest weight in household income.” Despite this, the indicator that Corrado Gini devised in his day is not infallible. In fact, it has several defects that force any researcher to combine it with others in order to draw definitive conclusions about social differences. Political scientist Marlene González points out that it would be interesting to “compare the Gini figures of each country with public finances” in order to “be more precise in the analysis.” In addition, the BBVA report warns that the coefficient takes into account only income and that, to be totally faithful to reality, the result for each country should include income in kind and rental charges, which could distort the order in the current list.

In any case, Spain has a pending issue and the mechanisms to solve, gradually, the problems of social inequalities pass, according to González Villanueva, by five points. First, “it is important to make direct transfers to families at risk of exclusion with minimum wages.” On the other hand, “we must increase taxation and, of course, increase aid in the field of public housing.” But not everything is solved with that. To ensure a more egalitarian future, the researcher emphasizes two key questions: “Completely stop school dropouts” and “invest in R & D & I”. That would be, from the point of view of Marlene González Villanueva, the way to get Spain out of the well of inequality.