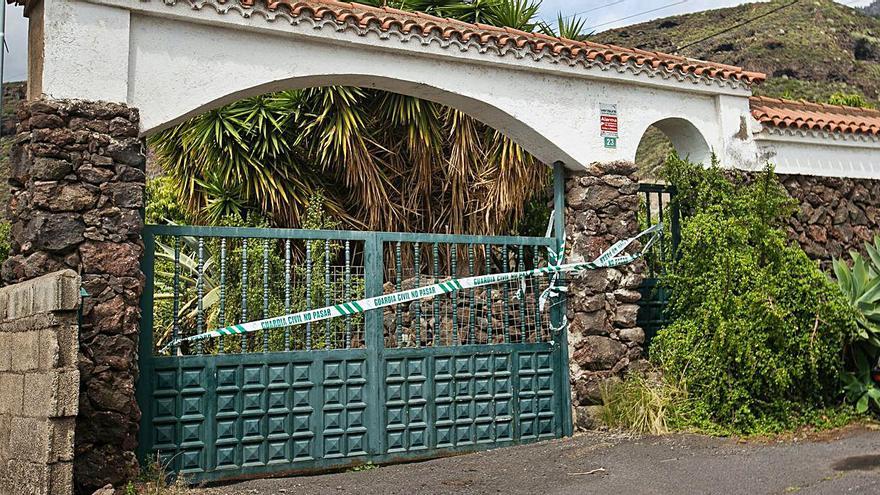 The boat ‘Esquilón’ has a Mercury engine. | | CARSTEN W. LAURITSEN

The President of the Government of the Canary Islands, Ángel Víctor Torres, also expressed yesterday his “hope” that the girls “appear alive.” Speaking to the media after participating in Las Palmas de Gran Canaria in a wreath on the occasion of the 142nd anniversary of the PSOE, Torres vowed that “I hope there will be a satisfactory end” to “some events that are shaking Canarian society, of the whole state and the international ”.

He stressed that at the moment “all the hypotheses are open” and asked to “let work” to the Civil Guard teams in charge of the investigation, which are carrying out “intensive work”, in which he has the collaboration of the Government of the Canary Islands. .

The man on whom an international search and arrest warrant was issued in Tenerife for the kidnapping of his daughters, Tomás Antonio Gimeno Casañas, has a police and criminal record. And one of the processes was related to the physical aggression to a direct relative, which reflects that his profile also includes episodes of violent and impulsive reactions. According to the sources consulted, the disappeared male attacked a paternal uncle several years ago and he proceeded to report him at the office set up for that purpose at the Civil Guard of Las Américas post. And, as a consequence of the incident, a trial for a crime of injuries was developed in an investigating court of the Arona district.

Although EL DÍA tried to obtain the testimony of the victim of that event, this relative declined to make any kind of statement, both in relation to that violent and unpleasant episode in his life and about current events. This way of being contrasts with the concept that other people have of Tomy, as he is known in his environment, who speak of an outgoing, cheerful, attentive, educated person and a good father, who was always very close to his daughters.

Yesterday, another piece of information emerged about the movements of Tomás Gimeno in the hours prior to his disappearance. According to Telecinco, the captain of the Marina Tenerife marina, Enrique Alonso, was able to see him at 5:50 p.m. on April 27, when he was checking if the engine of his boat was starting. It is a good propellant, from the Mercury brand, as confirmed by Alonso himself to EL DÍA. The verification of whether it worked is due to the fact that, in recent years, the man used the boat very sporadically. The berth has been in his name since 2016. In the following years, he used the boat to take walks with his family or friends.

Another detail that has emerged is that Tomy Gimeno’s parents saw their granddaughters the afternoon before her disappearance, specifically at 7:30 p.m. But the grandfather of the minors revealed a detail to the Civil Guard investigators. His son hugged him when they said goodbye. And that gesture never did.

In the trunk of the man’s car there was a girl’s blanket, two backpacks, a bottle of water and a drawing. On the front and rear seats there were remnants of glass from the left rear window, presumably broken by the user of the vehicle himself, bills, boxes of vehicle spare parts, an empty can of an energy drink, chocolate bar plastics, another children’s drawing, a An empty bottle of antifreeze, a fuel bottle spindle, and two scrunchies.

During the day of last Saturday, the Court of First Instance and Instruction number 3 of Güímar issued an international search and arrest warrant on Tomás Gimeno Casañas, on the assumption that he may be in another country.

During the day yesterday, the extensive search facility formed by the Helicopter Unit (UHEL), with its new aircraft, was maintained; the Maritime Service and the Special Group of Underwater Activities (GEAS) of the Civil Guard, mainly in waters located off the coast of the Southeast slope of Tenerife. However, the tracking has also been extended to La Palma, La Gomera and El Hierro. It should be remembered that the last person who claimed to see Tomás Gimeno was the Marina Tenerife watchman, who saw him leave in his boat, Esquilón, at 00:30 hours with an unknown destination. And it was mid-afternoon on Wednesday when the aforementioned Sea Rae-type ship was found adrift and empty off the coast of El Puertito de Güímar. Next to it a small baby chair appeared floating. Blood stains were found inside the boat, which are now being analyzed to find out who they belong to.

During the day on Saturday, four agents from the Central Operational Unit (UCO) joined the investigation from Madrid to try to help in the tasks of locating the man and his daughters. This elite team from the Armed Institute will contribute to the work carried out by the Organic Unit of the Judicial Police (UOPJ) of Santa Cruz de Tenerife, with the support of territorial teams of the Judicial Police.