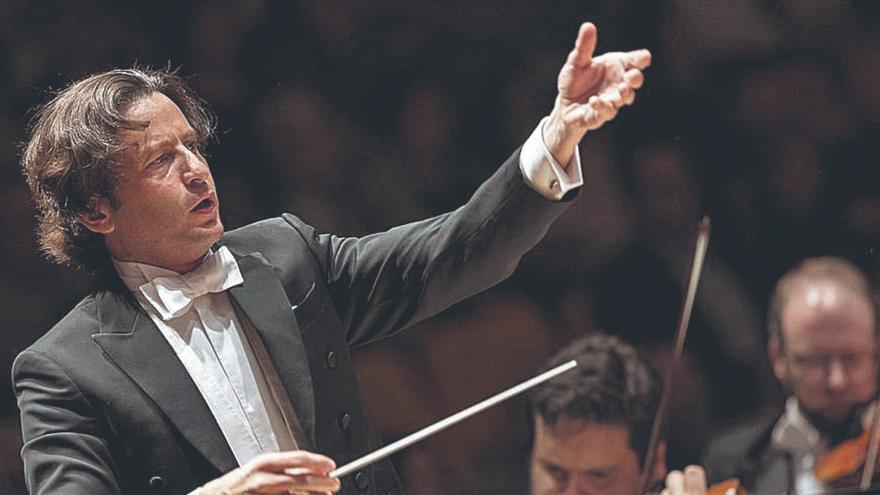 It is exciting to see for the first time a young Spanish director who already occupies, every season, the exclusive podiums of the world. And it is even more so when the sound it projects amazes us for its individuality and energy, the vigorous concept of dynamics, the strict following of all the music stands and, above all, the modernity of an innovative concept without whims: in the eternal novelty of the artwork. Gustavo Gimeno is the master -Valencian- to whom I allude, an absolute crack for the imagination, strength and vitality of his way, gesturalized without the slightest excess, followed to the letter on the lecterns, and for the progressive inspiration that breaks referential canons.

It has already become evident in the second scheduled work, Rachmaninoff's Paganini Variations, which so often seem to resign themselves to the rhetorical game of orchestra and piano, and are boring for not clearly signaling their differences or where they lead. In this case, Gimeno and the young French pianist Beatrice Rana embroidered the rediscovery, in the post-romantic author, of a desire for modernity that comes close to atonalism in several developments. The fight between good and evil, the alternative Inferno/Paradiso, poetic psalm and Dies Irae are tormented until the beatitude of Variation 14 sounds. Variation 14 and its development introduce the dramatic idea, the backbone of eternal music. And how! The splendid, brilliant pianist, and the director, breathed the same atmosphere: that of a masterful performance.

And this amazing Gimeno ended later, hopefully forever, with the Frenchified space that usually softens César Franck's Symphony in D, an unbeatable gift to the great Belgian composer on the second centenary of his birth. This piece is German, as was its formation, and not only contains beautiful songs but also harshness, exclamations fortísimo, hard materials that do not metaphorize force but make it explicit in testimony of a powerful and harsh symphonism that also speaks of life and his attitudes in testimony to the distant ideal, which in Franck's case has a lot to do with his strong religious faith. Many years have passed since my previous hearing of this monumental and intimate work. And I can attest that with Gimeno on the podium it seems another, even more tormented, more modern.

The program began with the short piece Súbito con forza, by the South Korean composer Unsuk Chin. An ingenious tribute to Beethoven in avant-garde language, perhaps conceived as a demonstration that the verb of genius admits all languages, including the most contemporary ones. When the quotations are not explicit in the new piece, the rhythms, the dynamic contrasts and the invocations are.

Another impeccable version, with fully current language. Everything flows and transforms on the path of the arts, but what is eternal remains in the repository of fundamental truths.

Finally, what about the Luxembourg Philharmonic? It is perfect, disciplined, with soloists of very high standing and an impeccable sense of unity. The quality of its 60 bows stands out, the beauty of the wood, the sonority of its metals, the forcefulness of its percussion. But the greatest thing about an orchestra of this category is the loyalty to the unconventional versions of the conductor, applauded by all the instrumentalists at the end of the concert.