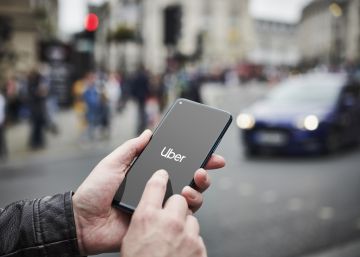 Employment, one of the most elusive problems for economic science, finally had a solution. They had found her in Silicon Valley and it was called gig economy, or "bolus economy", in honor of the musicians and actors who had been practicing it forever. In the California mecca of start-ups, they had discovered that the ubiquity of the internet and smartphones allowed assigning orders almost automatically to the best willing (Uber) or dividing complex jobs into small tasks to be carried out by an army of online workers ( Mechanical Turk).

As they only paid productive hours, companies did not need to think about it before admitting a new member to their platform. But also for the workers it could be an advance. At least that's how technology companies sold it: Why always enter at the same time? Is not it better to decide when and how much you work? In 2011 Sarah Kessler was one of the American journalists who accepted the Silicon Valley story without question. Until that year he decided to take a month in Mashable, the news portal where he wrote, and registered in all the gig companies he found. "I signed up for thirty or forty applications in order to exceed the minimum wage," Kessler explains from Chicago during a Skype video interview. "That's when I understood that it was more complex than pressing a button and getting a job."

You pay below the minimum wage, absence of holidays and nothing to get sick. Today they are classic questions of this new economy linked to algorithms, but then nobody talked about them. Nor was there talk of the status of a provider granted to workers (to avoid labor legislation) or of lying about flexibility. As the dealers and drivers of the gig economy are well aware, not being available when the company needs it is penalized later with fewer orders.

In 2018 Kessler dedicated to the subject the book Gigged, the end of the job and the future of work. Considered by the Financial Times as one of the best works of the year in Economics. The book covers the lives of half a dozen people who subsist thanks to these new jobs in the digital era with the aim of "seeing the potential of this way of working". The gigs of his particular studio range from the traditional transport service to the cleaning of offices, through telemarketing or the identification of traffic lights in photos (the archetypal task of Mechanical Turk, Amazon).

None of the workers interviewed by Kessler are comfortable with their situation. The only enthusiastic is Curtis, a programmer who before going to the economy gig charged an annual salary of six figures. According to Kessler, his satisfaction has to do with getting everything good ("choose when to work and the programming projects that interest you") without anything bad ("the feeling of instability"). But her case is an exception, she explains, because she has a university education in a high demand profession and with high fees to "build her own safety net".

The reason why the rest of the interviewees live off the new platforms is not the supposed flexibility but the lack of a traditional job. The problem, as Kessler points out, is that these traditional jobs are in the doldrums. "Since the seventies we have been moving away from traditional full-time employment, Uber is the most extreme version because it does not even recognize the employer's relationship, but we have this situation since there are temporary employment agencies."

The absence of an employment relationship is not Silicon Valley's only innovation. Except in highly demanded professions such as programmer, the workforce available to start-up is virtually inexhaustible. Or because they demand little qualification (a driver's license, in Uber), or because they recruit practically all over the world (like Mechanical Turk). In these conditions, union organization is very difficult because "in every part of the world people have different priorities".

What to do then? In 2015, former Secretary of Employment Seth Harris and Princeton economist Alan Krueger published an academic paper with the possibility of a third category, that of "independent worker", to allow companies to provide benefits (such as health insurance) without that could be used against him to prove an employment relationship. According to Kessler, the risk of that idea is to increase the general precariousness, instead of improving the situation of the gigs: that we all become independent workers. The other solution, recognizing the role of employees with all their rights, is the one that seems to bother you the least. The argument that new businesses would not work if labor relations had to be respected makes him laugh. "That has been said every time we had to pay employees better." Kessler denounces.

The benefits of Uber, according to this expert, do not return to the local economy, as taxi drivers do. The drivers of this application for the transport of passengers earn little, but it is also true that the company has been a lifesaver for people without work. In Kessler's opinion, you can take advantage of the potential gig without suffering its damages through the old cooperative formula. The technology allows cooperative decisions to be voted in a more agile way, he writes in his book, and the software development for ordering and assigning jobs is shared among several cooperatives. "It's difficult to compete with the publicity of a giant like Uber but you do not have to dethrone it either," he says. With giving a good possibility of work to the owners of the cooperative it reaches and exceeds.

The insurance sector has followed the innovation of Silicon Valley with new contracts for the new economy based on the development of digital platforms that work through complex algorithms. In the United Kingdom, Zego offers insurance that begins to cover the worker from the start of the application until he stops it. The Aviva insurer, in Toronto, has designed an even more sophisticated policy for Lyft drivers (Uber's big rival who recently started trading on Wall Street: a first phase is activated when the application is turned on, the second (with greater coverage) ) starts as soon as you accept an order, and the third, more complete, since the passenger gets into the car and until it is lowered.