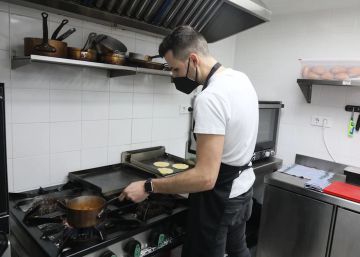 Ghost kitchens, dedicated exclusively to food delivery in an industrial way on the ground floor of residential buildings, are a recently created business with diffuse legal limits but which causes complaints from neighbors who have to endure odors, noise and hustle and bustle of the dealers. Even in a single location, 48 kitchens have been counted. Although the owners of these businesses need the permission of the neighboring communities, in most cases they use previous licenses as there has been a restaurant business on the premises.

What is the applicable law?

Unfortunately, there is no state or regional regulation that regulates bad odors, and municipal ordinances must be followed. The only autonomous community that regulates the quality of the atmospheric environment is Andalusia.

Regarding the rights of those affected by these bad smells, it must be remembered that article 8 of the European Convention on Human Rights establishes that everyone has the right to respect for their private and family life, to their home, and there may not be interference by the public authority in the exercise of this right, such as the granting of licenses for these businesses.

The Spanish Constitution, for its part, establishes the fundamental right to personal and family privacy and considers that the home is inviolable. In addition, the right to health protection is recognized.

The only state law on bad odors is Royal Legislative Decree 1/2016 which tries to avoid, reduce or control atmospheric pollution by requesting an environmental authorization integrated with a basic project on the type and quantity of foreseeable emissions from the facility. in the air.

What are the most affected municipalities doing?

In Barcelona they are preparing a municipal ordinance and a plan of uses to stop the proliferation of “ghost kitchens”; meanwhile, it has approved the suspension of building and activity licenses for one year.

The Madrid City Council has proposed to regulate the licensing regime to prevent their proliferation, although they are legal and regulated activities. The requirements for acquiring licenses are subject to the General Urban Development Plan of 1997.

In these two large cities, odoriferous pollution has grown by 25%, becoming a problem for people since daily exposure to olfactory nuisances can affect the mood and even the health of citizens.

What actions can be taken against bad smells?

When the bad smell is due to an industrial activity, the administrative title that enables it must be analyzed. In these cases, the probability of success of the claims before the city council will be greater when the activity does not comply with the granting of the permit. In the event that the “ghost kitchen” does not have a license or is exceeded, the administrative claim before the city council must request its closure or closure.

If the premises have a license and the activity is carried out in accordance with municipal regulations, the claim must be based on the violation of fundamental rights recognized in the Constitution, such as the right to physical and moral integrity, in addition to violating the right to privacy. personal and family in the home environment.

The communities of owners can also go to court to prevent annoying, unhealthy or dangerous activities on the flats or premises for the other owners. In accordance with the Horizontal Property Law, the judge can be requested to cease such activities and even deprive the use of the home or premises.

In addition, you can request the patrimonial responsibility of the Public Administrations for failing to comply with their duty to intervene in the event of bad odors that may harm constitutionally protected rights. The inactivity of the city council can give rise to a claim of patrimonial responsibility. But it has its difficulties and the claim must meet a series of requirements: actual reality of the damage, that it is economically assessable, that the patrimonial injury suffered is a consequence of the operation of public services, absence of force majeure and that the claimant does not have the legal duty to bear the damage.

What difficulties are there for the complaint or claim?

The main problem posed by contamination by bad odors is its measurement due to the subjectivity in its perception. People have different perceptions of the same smell, all based on biological, psychological and social factors.

What do the courts say?

We must go to the judgment of the European Court of Human Rights that resolves the case López Ostra against Spain, in which a waste treatment plant that generated bad odors was denounced a few meters from the affected person’s home. The sentence considers that bad smell is a serious contamination of the environment that affects the well-being of the individual, preventing him from enjoying his home.

Our Constitutional Court applies the doctrine on noise to bad odors and affirms that an intense and prolonged exposure to noise or odors can affect the right to physical and moral integrity in addition to violating the right to personal and family privacy in the domiciliary scope, whenever this affectation comes from actions or omissions of public entities.