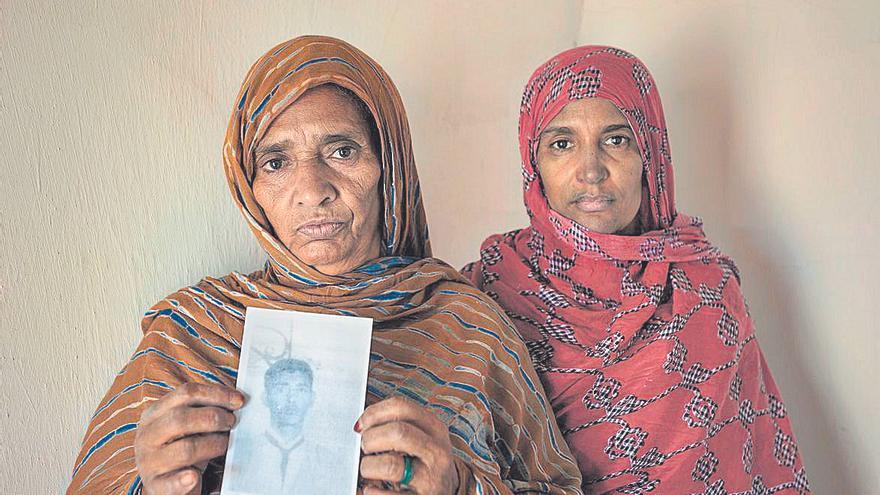 “It is not the same to be a woman as a man in a war,” says photojournalist Gervasio Sánchez. “In an armed conflict there is very specific violence against women,” he adds. Sánchez knows this very well, first-hand, because he has lived closely, on the ground, part of the tragedies that the world has suffered in the last four decades, always with his camera and notebook in tow.

Author of several books and laureate of the most prestigious awards in journalism, Sánchez now presents, coinciding with the International Day for the Elimination of Violence against Women, the work Violence, Women, Wars, a volume with 90 impressive photographs of women and girls who are victims of wars, military dictatorships and humanitarian crises. The first photograph dates from 1984, and is made in Guatemala, while the most recent ones reflect the rescue of refugees in the central Mediterranean.

Haurin Khader, 15, is healed of his wounds at the Erbil hospital in Iraqi Kurdistan. He had tried to commit suicide like a bonze to stop a marriage of convenience. Gervasio Sanchez

Edited with the help of the Aragonese Institute for Women, the author takes us to 25 conflicts: nine Africans, seven Latin Americans, five Asians and four Europeans. Women and girls raped, mutilated by the explosion of bombs or mines, victims of diseases typical of extreme poverty or displaced persons or war refugees. There is also no shortage of mothers who have spent decades searching for their missing husbands or children and “who end up looking for so much end up forgetting their own lives,” says the photojournalist.

«It has been a very laborious and selective work. I have had to choose from more than 500 photographs ». Each of the images – many of them in portrait format, where the protagonists appear looking at the camera – is accompanied by a text that brings the reader even closer to the tragedy experienced by the protagonists. “I like to personalize the stories, give first and last names to the people I photograph, contextualize the images,” says the author. “The media usually talk about numbers of victims, and the more zeros that figure has, the more relevance it gives to the information. But behind that number there are people with names and surnames, who have a story behind.

Mariatu Kamara, 15, had both of her hands amputated during the Sierra Leone war in 1999. Gervasio Sanchez

Sánchez regrets the “superficial” monitoring that the media makes on armed conflicts. “Afghanistan recently became fashionable, with the Taliban seizing power. And they all seemed to know the country and the conflict very well. These experts, many of whom have not even been in the country, have not stopped talking about the tragedy suffered by Afghan women, “he explains. “They seem to have forgotten that Afghanistan has been at war for 42 years, since the Soviet invasion, and that Afghan women have always been victims,” ​​she says. Wars do not end when weapons are silent.

It also emphasizes the passivity of the international community in the face of all kinds of abuses suffered by women in situations of extreme violence. Since 2010, the UN has required the prosecution of those responsible for rape and other forms of sexual violence in conflict zones, acts that constitute crimes against humanity. “It was only a decade since this resolution was adopted, when it has been a common practice throughout history,” recalls the photojournalist.

“When everything falls apart and the bridges of coexistence are cracked, the insatiable thirst for violence of the human being appears”, writes the author in the prologue entitled “Get my body out of war”: Specific violence against women, commonly used as weapon of war, is part of the great tragedy. This book helps not to forget it.