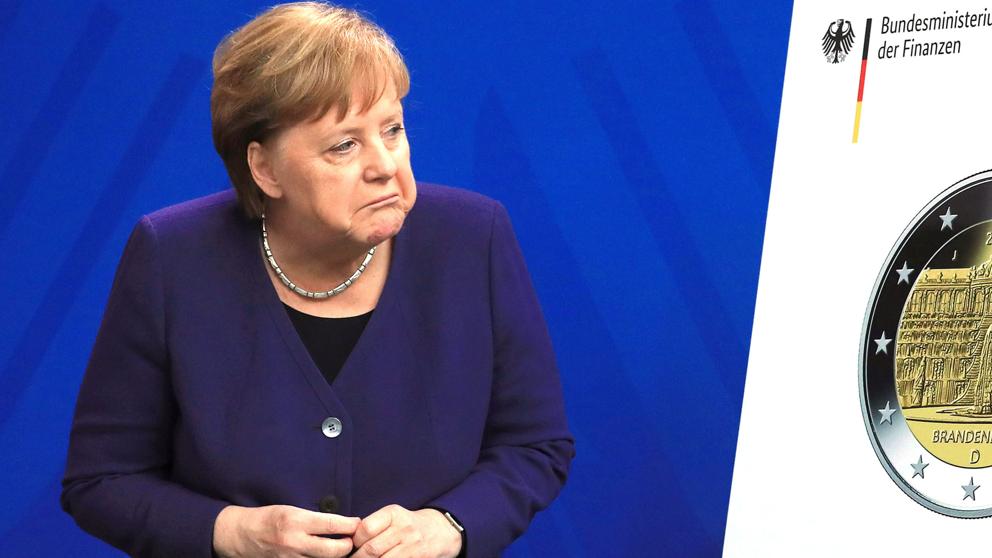 The German locomotive stopped in the fourth quarter of 2019, with zero growth. Null , in the Germanic language. And the figures still do not take into account the effect of Covid-19 (coronavirus), so the shutdown may be longer than expected. “We believe that Germany’s economy will continue to flirt with the recession in the first half of this year,” Andrew Kenningham of Capital Ecomomics wrote in a report.

In the year as a whole, Germany picked up 0.6%. Between the third and fourth quarter, the German economy lost two tenths of year-on-year growth. Statistical data reflect the weakness of domestic consumption and the industrial sector, particularly due to the disruptive moment in the automobile sector and the loss of export strength. The figures also come at a time of political disorientation, with the conservatives of Angela Merkel’s party in search of successor.

The problem is that when Berlin puts the brake on, the rest of the cars waggle, because the effect of the value chain of products, distributed today in several European countries, it shows. Thus, Europe offered quite poor figures throughout this period. The eurozone ended the last quarter with a rickety 0.1% increase in its wealth. It is the lowest growth rate since 2013, when the continent was debating in the sovereign debt crisis after Mario Draghi had to release his legendary ” whatever it takes ” and start the monetary stimulus policy.

In this case the numbers reflect the uncertainty of the commercial war, the correlative rise in tariffs and the repercussions of the definitive exit of the United Kingdom from the EU (Brexit). But they do not yet include the hypothetical and foreseeable effects of the economic contraction caused by the epidemic from China.

“We believed that the recovery in Europe would be moderate, but now everything indicates that current tensions are having a very strong economic impact. Europe, unlike the United States, is based more on foreign trade and in this sense it is a bit more fragile when the situation changes, ”says Angel Talavera of Oxford Economics in London. “When Germany suffers, in particular its industrial sector, a domino effect is created in the rest of the countries, because a large part of European trade takes place within Europe, with what the neighbors suffer in their skin. The truth is that this coronavirus comes at a bad time, ”he concludes.

In fact, FiatChrysler announced yesterday the provisional closure of its production plant in Serbia, this time due to the impossibility of obtaining the material from Chinese suppliers, whose activity is stopped following the virus. It is the first European car factory to suspend production due to the global health crisis.

Statistics do not yet take into account the impact of coronavirus

The malaise seems widespread in Europe, because none of the three largest economies in the eurozone registered positive growth in the last quarter. France entered negative territory of one tenth, while Italy fell three. Once again, everything indicates that the Italian economy suffers from a chronic weakness. It is the second industrial country in Europe and has been stagnant for 20 years. Economist Francesco Daveri, from Bocconi University, commented to RAI public network that “high debt slows down public investments and reduced business size reduces competitiveness for exporting companies.”

An analysis that Spain should also look closely at, in a similar situation. At the moment, the forecasts maintain a higher than average growth, with 0.5% in the last quarter of 2019, after an increase of 0.4% in the previous three months, thus being the only major European economy that accelerated its expansion rate at the end of the year. Thus, the growth of Spain for all of 2019 reached 2%, far exceeding the average of 1.2% of the euro zone. But if the current situation does not improve, it will be difficult to avoid the downward trend that the continent is experiencing.

The euro also deserves a mention: the European currency, despite the slight rebound that marked yesterday, fell to the lowest level of the last two and a half years against the dollar. Because the unknowns persist: the next quarterly eurozone data will reflect the consequences of Covid-19 and will also be the first to include figures on the United Kingdom.

This is the profile of the buyer in Spain

PSA already manufactures its first electric car at the Figueruelas plant, a utility that will be worth 30,000 euros