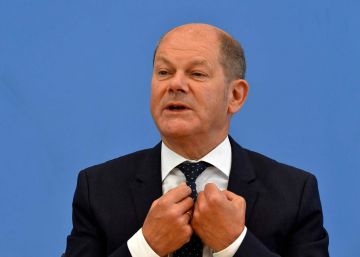 The cabinet of ministers of the Federal Government of Germany on Wednesday approved the bill to abolish the solidarity tax, known as 2021 for the vast majority of taxpayers Soli, created in 1991 to help defray the costs of the reunification of the country and the integration of the citizens of the East, according to the German Ministry of Finance.

Thus, after 2021, they will stop paying this rate, which represents 5.5% of income tax and corporate tax, 90% of taxpayers, while 6.5% will see the tax reduced partially and 3.5% with higher income will continue paying the full tax.

The German Treasury last year entered 18,900 million euros through the solidarity tax and the Government estimates that in 2019 the collection will be about 19,400 million and around 20,000 million in 2020.

In this regard, the Ministry of Finance has stressed that the abolition of the surcharge for the vast majority of citizens will be a fiscal stimulus of about 10,000 million euros in 2021 and up to 12,000 million by 2024.

"Today is a significant day on the road to the culmination of German reunification," said German Finance Minister Olaf Scholz, for whom the costs of reunification have been widely amortized, so as of 2021 , "the few remaining costs will be borne by those who have more than others." "It is fair and will withstand the constitutional review," Scholz said in response to questions about the legality of the decision.

In the case of families with two children and with a single parent working, the limit below which the tax will not be paid will be 151,990 euros, while up to 221,375 euros will be partially paid and only paid in full above this figure.

Introduced in 1991 on a temporary basis to help pay for the reconstruction of East Germany after the reunification of the country, in 1995 it became a permanent tax and was subsequently reduced in 1998 from 7.5% to 5.5% of the the rent.

Stimuli for fear of recession

Last Sunday, Olaf Scholz acknowledged to the press that Berlin could resort to a stimulus plan similar to the one deployed during the 2008/09 crisis, when he injected 50,000 million into the economy to leave the Great Recession behind.

Scholz defended the importance of governments adjusting to their budgets instead of financing with debt, although he stressed that Germany, with an expected debt ratio of 58% of GDP for this year, compared to 61% in 2018, was below the 60% limit set by the European Union, which leaves some room for maneuver to the Executive.

"If we have a level of debt in relation to GDP below 60%, this is the strength we have to counteract a crisis with full force," said the minister, adding that the last crisis had a cost of 50,000 million for the German public coffers.

"We have to be able to raise that amount and we can raise it," Scholz said. "The biggest problem is uncertainty, including that caused by the trade war between China and the US," he added.