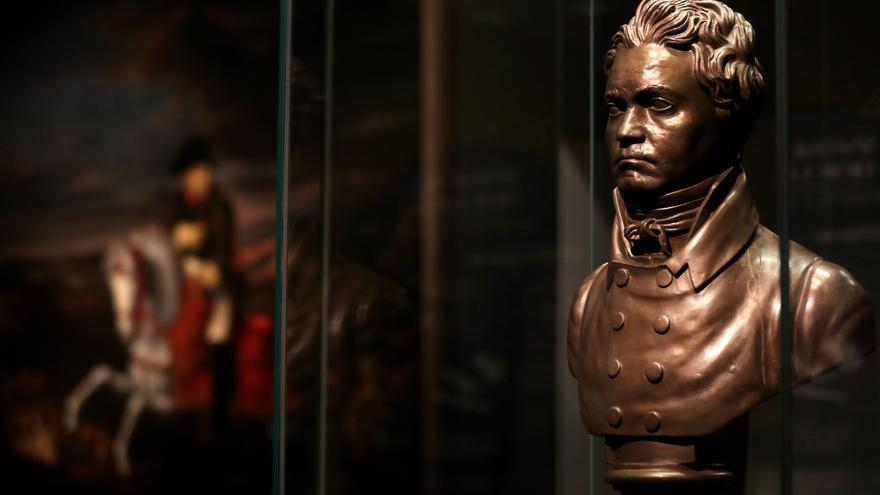 Berlin, Dec 17 (EFE) .- Germany paid tribute this Thursday to Ludwig van Beethoven from the Bonn Opera, the city where he was born 250 years ago, with a concert without an audience because of the pandemic and directed by Daniel Barenboim, one of the batons who best knows the genius who revolutionized classical music.

For the president of Germany, Frank-Walter Steinmeier, -recognized devotee of the composer- Beethoven is “pure emotion” and “elixir of life”, as expressed in his message -also virtual-, prior to the concert, with the Argentine ‘Maestro’ -Israeli leading his West-Eastern Divan -the orchestra founded by Barenboim for young talents from the Middle East-.

The program was, in itself, an exponent of Barenboim’s passion for the composer: the Fifth Symphony and the Piano Concerto number 3, where the musician unfolds into conductor and soloist.

ANNIVERSARY EXTENDED AND WITH EXTENSION

The concert was the climax of the “BeethovenNacht” -Beethoven’s Night-, transmitted in streaming to the whole world, on an anniversary that has moved part of its program to the next year, in the hope that by then it can return to the concerts with public.

“Beethoven was a genius, a revolutionary composer who took Classicism further, towards Romanticism, and broke all aesthetic molds,” explained, in an interview with Efe, the professor at the Hochschule für Musik in Karlsruhe (Germany) and solo bassoon of the Deutsche Kammerphilarmonie in Bremen, the Spaniard David Tomás.

THE BIRTH OF A GENIUS

“Although he was born in Bonn, his ancestors were not German: as the prefix of his name indicates, ‘van’, he is not German, but Dutch. But his family was based in Bonn and they were musicians”, explains the professor. His father, an admirer of Wolfgang Amadeus Mozart, encouraged him to follow in the Austrian’s footsteps.

Beethoven (1770-1827) gave his first concert when he was seven years old, in Cologne (Germany), a city near Bonn. At nine, he wrote his first composition, “Nine Variations on a March by Ernst Christoph Dressler,” which he released at eleven.

With the support of one of his early teachers, Gottlob Neefe, Beethoven was hired at the court of the prince of Cologne, where he began to rub shoulders with the German elite and learn from the best musicians.

FROM A COMPLICATED YOUTH TO SUCCESS IN VIENNA

At 17, he lost his mother; shortly after, his father, alcoholic and with depression, entered prison. Ludwig was the head of the family with two younger brothers.

But on the death of his father, in 1792, the great turn came: he moved to the city where he spent practically his entire adult life, until he died in March 1827.

As the Spanish professor explains, in the Austrian capital he became a student, among others, of Joseph Haydn (1732-1809) and Antonio Salieri (1750-1825) – Mozart’s “arch enemy”. In 1800, after the premiere of his First Symphony, he gained the respect and admiration of society. But there also began what would become his great torture: hearing problems.

Tinnitus and hearing loss plagued him. Added to this was a strong temper, which some studies have attributed to bipolar disorder.

“His character, marked by his drastic mood swings, can be seen in his works, which are full of dynamic contrasts and sudden and surprising changes, and make him an extremely temperamental composer”, explains Tomás.

Part of Beethoven’s genius lies in his ability to break all the molds. It was in the so-called third compositional period when his most groundbreaking pieces were produced.

“He had to work a lot to get that,” explains Tomás. The ideals of the French Revolution led to his liberation from the nobility, from the aristocracy. His desire to become a free artist increased.

“These are the revolutionary ideals behind Beethoven, and that is why I think they are so important, because they laid the foundations of our modern society, where the individual is important, he is not at the mercy of anyone,” says Tomás.

Although Beethoven spent much of his life in Vienna, he is one of the great icons of his native country. “For Germany, the musician from Bonn is one of the ‘Three Bs’: Beethoven, Bach and Brahms. They were three great composers, iconic, German, and they continue to associate them with their culture and identity,” explains the professor. “Let’s say it was like Goethe or Schopenhauer for philosophy, or Goehte or Schiller for literature.”

Ludwig Van Beethoven left an immortal legacy. As the Spanish professor from Karlsruhe explains, they have values ​​that make the listener continue to identify with them.

The European Union (EU) adopted as an anthem his “Ode to Joy” from the Ninth Symphony. Many of his works were covered for films such as “A Clockwork Orange”, “Dead Poets Society” (“The club of dead poets”) or “Help!”, Where The Beatles hum the “Ode to Joy “.

“Beethoven is our daily bread,” Juan Elvira, a student of the piano master at the Hochschule für Musik in Hamburg, explains to Efe. Beethoven’s compositions are “inescapable” in the training of any musician.

250 years after his birth, Beethoven remains the revolutionary genius who left an immortal legacy for music.