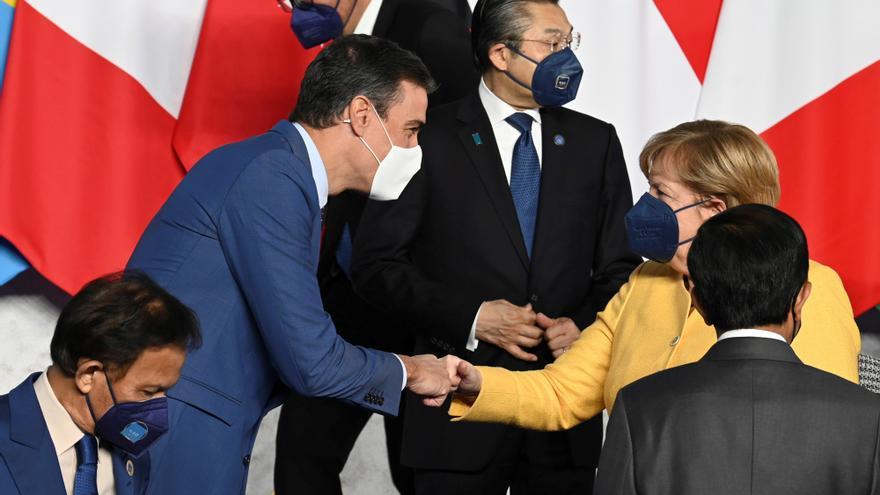 "Endangering the security of supply"; "increase the costs of integrating long-term variable renewable energy generation"; and "undermine the integration of the European electricity market." These are some of the fears that nine countries adduce in a letter released this Wednesday, on the eve of a meeting in Brussels of European Union energy ministers to address precisely the rise in electricity prices and the measures to address it.

Thus, the club of the new frugal wealthy and from the north, oppose the reforms that France, Spain and the south are calling for to reform the energy market to tackle the rise in energy prices, a market characterized by the fact that the price of the last energy, the highest, marks the price of all the others. At present, the skyrocketing price of gas is what sets the price of energy such as hydroelectric or renewable energy, much cheaper.

Well, the Netherlands, Germany - which the agreement of the new government of Olaf Scholz does not seem to affect - Luxembourg, Austria, Denmark, Estonia, Lithuania, Finland and Ireland react to calls for urgent action from governments such as that of Pedro Sánchez, who asked the European Union for "audacity and forcefulness", and who has promoted the discussion of energy at European summits such as the one on December 16-17.

What happens, as Pedro Sánchez said resignedly in the last European Council in October, "the times of Brussels" are what they are: things take their rhythm, they have their processes and, above all, they require an agreement between 27 countries that They have different interests –pronuclear, progasistic, pro-renewable– and their problems: the south is showing itself more vulnerable with electricity prices, for example. And, for this reason, the Spanish Government has lobbied in all areas to put the debate on the electricity market on the European agenda.

And it has managed to put on the agenda the analysis of the joint purchase of gas and strategic reserves, as well as the evaluation of the ETS, the CO2 market. Of course, what the Spanish Government is not managing to achieve are those "bold and forceful" measures that the President of the Government, Pedro Sánchez, requested of his community partners.

But, of course, the reform of the energy market is not something that can be done in weeks either, as the Spanish Government now recognizes: the last reform is from 2019 and it took several years to agree on it, in addition to that afterwards everything has a laborious legislative process , between the Commission, the European Parliament and the Council.

In addition to addressing the problem and discussing the measures proposed by the Spanish Government, among others, what has also been achieved is a communication from the European Commission that compiles the measures available to the States, qualified as "incongruous" by Vice President Teresa Ribera.