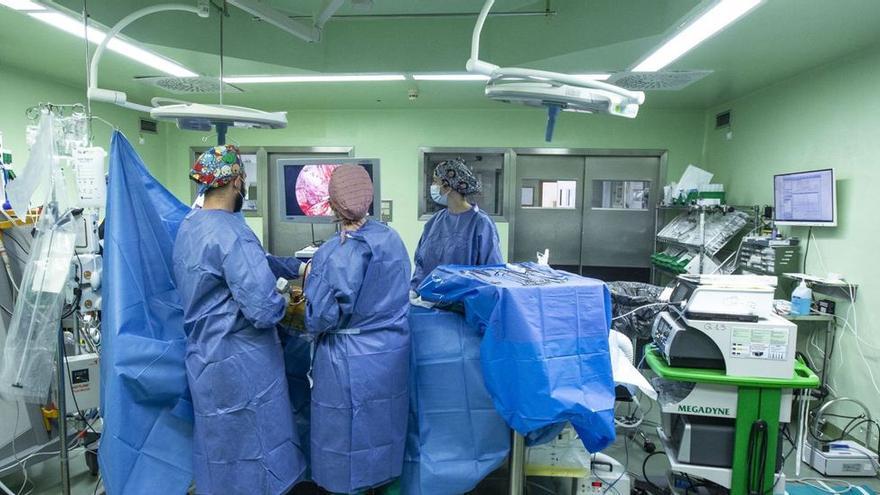 If anything has highlighted the pandemic of coronavirus is that there is a lack of doctors and nurses to work in hospitals and health centers. The lack of health professionals is an evil that affects all of Spain and all of Europe. Demand has exceeded supply for years and with the pandemic the war between countries has intensified to try to attract professionals ready to work. The offers are increasingly tempting, with salaries that reach more than double the salary of a professional in Spain and with other incentives, such as child support or the payment of rent during the first months.

In the portal of the European Union for labor mobility, Eures, there are currently 87,000 job offers looking for doctors and nurses. Germany and France top the ranking of countries that most need to incorporate professionals into their hospitals. During the pandemic, the number of offers has multiplied, while they have become more attractive. As an example, it is enough to review the employment exchange of the College of Physicians of Alicante. Among the offers to go abroad, the one of a medical center in France looking for ophthalmologists. The annual gross remuneration is 229,000 euros, with the possibility of increasing if the doctor wishes to operate. It also offers financial assistance for accommodation during the first month and facilities to learn the language. In the Valencian Community, the salary of a doctor of about 40 years with a place in property and who performs shifts is around 74,300 euros, according to data from the Medical Union.

Another example. A company specialized in the selection of health personnel is looking for family doctors to work in Ireland. The salary reaches the 140,000 euros gross year. An initial one-year contract is offered and physicians are required to have 15 minutes to see each patient. In the province of Alicante, doctors have such full agendas that they can only allocate five minutes to each patient. A hospital in Sweden needs to hire child psychiatrists, for which a starting salary of 5,800 euros is offered, extendable to 6,400 at the age of four, with separate compensation for doing shifts or working weekends. In this case there are also facilities to learn the language before traveling.

In the last five years, more than 500 doctors from Alicante have left the province to make a living in other countries. All unions coincide in pointing out that It is not so much the salary that is paid more on the other side of the Pyrenees, but the job stability that is found. "We must respect the guards so that they do not have to do more to cover the lack of colleagues, that the family doctors do not have to leave at 5 in the afternoon because they cannot cope or that you are not using your own car for notices ", he points out Fernando Garcia, Health spokesperson for the CSIF union.

One of the great evils of the system is the enormous temporality. Rosa Atiénzar, Secretary General of the CCOO Health Federation, recalls that the Audit Office has estimated this temporary status at 60% of all health posts, while public job offers take years to resolve, which aggravates the problem. "It's a barbarity. What can we expect from doctors who finish the MIR if what we offer them at the end of their training are on-call or one-day contracts? When they have another offer, they leave because everyone has the right to have a vital project. If we want to retain talent, we have to be competitive, bet on stability and improve conditions. "

With the Covid pandemic, it has only triggered the demand for doctors in Spain by other countries. "The number of offers that come to the union to go to work abroad has increased by 50% in this year and a half," explains Víctor Pedrera, general secretary of the Medical Union in the Valencian Community. In addition to European countries, the ads come from the United Arab Emirates and other neighboring countries "looking for surgical specialists, such as ophthalmologists or surgeons." May is when more offers arrive, "because they know that it is the time of year when family doctors finish their training and may be willing to leave." Pedrera emphasizes that this situation also encourages doctors to take advantage of the low-cost flights that connect Alicante with numerous European cities to work on weekends in foreign hospitals and thus increase their income without the need to emigrate.

The flight of professionals that Spain suffers is causing that at the moment it is very difficult to find doctors willing to work in certain specialties. Those with a more critical situation are Family Medicine, Anesthesia, Surgery or Traumatology.

The unions also emphasize the enormous public investment required to train a doctor or nurse to later go abroad. "We spend a lot of money and time to train healthcare professionals of all categoriesBut they are not valued here and they are expelled to other international or private markets, "laments Atiénzar.