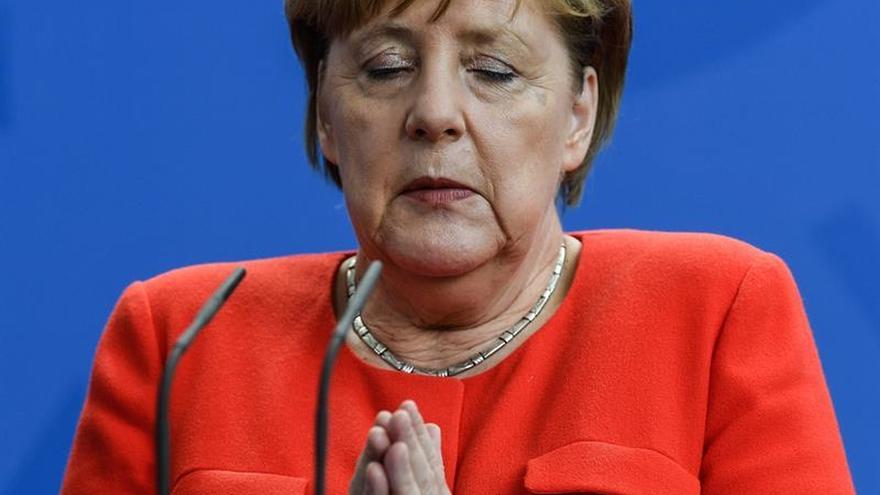 The days of more restrictive measures against the spread of SARS-CoV-2, the COVID-19 virus, did not stop. In a hypothetical return of measures that forces the majority of the population to stay at home, they will not stop either.

They are health workers, employees of public garbage collection and water management companies, subway and bus drivers or caretakers of residences, nurseries or nursery schools, among others. For them, the applause and praise that were dedicated to them daily between March and April are not enough.

This message is the one that the largest union in the service sector in Germany, Ver.di, is responsible for transmitting as of this week. This union organization has encouraged workers to take temporary strikes to the streets to protest against the lack of wage increases for 2.3 million workers in the public sector.

Since last Tuesday there have already been mobilizations in front of hospitals, water management companies and nurseries. They are, for the moment, small demonstrations, made up of a handful of workers who have taken to the streets to protest with masks and respecting the safety distance. “You don’t live on applause, we deserve better pay,” the protesters come to say.

“We are worth it,” read, for example, the banner carried on Tuesday by nursery school workers mobilized in Gütersloh. This city of about 100,000 inhabitants of western Germany is one in which mobilizations that were also taking place earlier this week in other parts of the country have been seen first. For example, in the cities Duisburg, Remmscheid or Augsburg. Later this week Ver.di is scheduled to take the protests to Berlin.

“The mobilizations are getting bigger and bigger, because in the meetings the representatives of the public companies are not making any proposals,” he told eldiario.es a spokeswoman for Ver.di. Frank Werneke, the president of this union, has gone so far as to accuse the “employers of hardening the conflict” with the attitude they have shown to date.

For the 2.3 million workers for whom Ver.di has called to carry out mobilizations, Werneke and company ask at the dialogue table for a salary improvement of 4.8%. They claim, at least, a monthly increase of 150 euros. There are already two meetings without results or counterproposals from public companies. Hence the temporary strikes and demonstrations that have begun to be seen these days.

“In October we have a third meeting, but we have told ourselves that we must already press for the other party to make an offer,” explains the Verd.di spokeswoman who agrees to speak with this newspaper. From the municipalities and cities, on which the companies of the workers mobilized by Ver.di depend, they point out that the “coffers are empty.”

From the Association of Municipal Companies (VKA, for its German acronym) they defend themselves saying that, in the present situation of economic recession, cities “are suffering enormously from the fall in the collection capacity of taxes on business activity.” Those are at least the terms of Niklas Benrath, one of the people in charge of the leadership of the VKA. But that argument is far from penetrating Ver.di.

“In negotiations like the ones we have now, companies always say that the coffers are empty. In the current context it may be that there are fewer resources, but it cannot be that employees do not receive improvements,” says the spokeswoman for the majority union of the German service sector.

The argument of the lack of means does not convince in Ver.di, among other things, because the pandemic context has had as a consequence that billions of euros from the public coffers have already been used to help large German companies. The 7,000 million euros in which the salary improvements proposed by Ver.di are valued falls short of the 9,000 million euros used by the Government of Chancellor Angela Merkel only to rescue the airline Lufthansa.

The crisis triggered by the coronavirus also left the coffers of this company empty. In April it was estimated that Lufthansa was losing one million euros every hour. The entry of the 9,000 million euros of public money keeps it afloat, for the moment.

In Ver.di they recognize that given the recession that the German economy expects to experience this year – German GDP is expected to fall in the order of 6% in 2020 -, the demands for salary improvements “have fallen at a bad time.” But at Ver.di they are not responsible for the expiration of previous agreements between unions and companies, as is currently the case.

On the other hand, the unemployment figures, which have risen from 5% in 2019 to 6.4% in August of this year, have also led to those who criticize the unions for defending improvements for some employees who, supposedly , they would have to be satisfied to keep their jobs in today’s uncertain economic context.

Thus, from the very conservative and influential daily Frankfurter Allgemeine Zeitung Ver.di protests, which apparently would not have to take place in view of the “recession and pandemic”, have been branded a “ritual”. Apart from these reproaches, the union understands that their demands have “the understanding of the citizens.”

“These workers have made it possible for everything to continue working in the days of greatest restrictions of the pandemic,” recalls the union spokeswoman. For her, and for those who are protesting these days on the street, the time has come for those efforts to be remunerated and those that may come if the second wave of infections gets complicated.