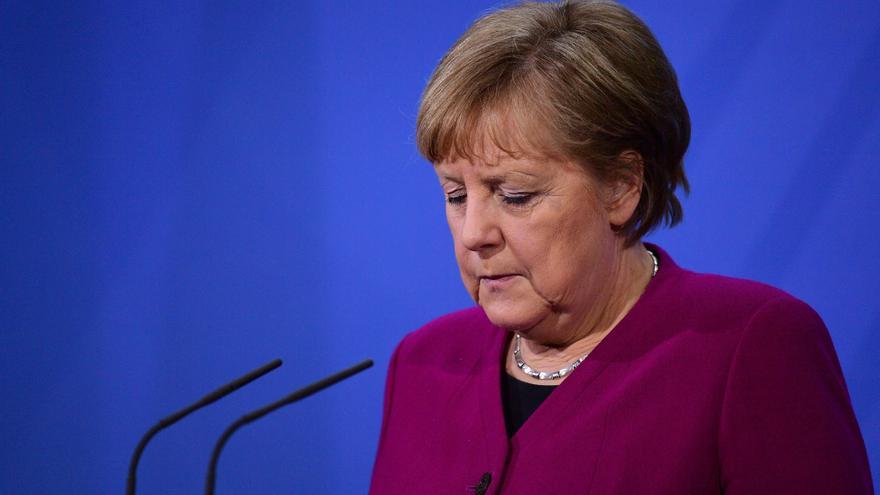 Procedures for European funds of 750,000 million euros to overcome the social, economic and health crisis of the pandemic have been paralyzed. And at risk the 140,000 million awarded to Spain, between loans and grants. Or, at least, the deadlines to start receiving them: Spain has budgeted for this year 27,000 million of the European recovery programs, and expected to start receiving advances from the summer. It is the consequence of the decision of the German Constitutional Court of this Friday, whose president, Frank-Walter Steinmeier, has ruled that the legislation that ratifies the recovery fund of the European Union cannot be approved while it is investigating legal resources against the plan of investment financed with debt issued by the European Commission and whose repayment will be made through new own resources (European taxes and fees) that are being approved these weeks in the 27 national parliaments.

The German high court’s statement came after both Houses of the German Parliament ratified the legislation this week. And what it does is paralyze its entry into force until the appeals are resolved, including one from the former president of the far-right AfD party.

The court note states: “With a decision published today, the Federal Constitutional Court has ordered that the law on the decision of the European Council of December 14, 2020 on the system of own resources of the European Union cannot be issued by the Federal President (pending decision ) “.

Thus, the German Constitutional Court blocks, even temporarily, that the federal president signs a law approved this Thursday in the Bundestag to approve the decision on the EU’s own resources, necessary to launch the recovery fund throughout the Union. European.

In 2012, the court asked the president not to sign the MEDE ratification law right away because he wanted to see a similar emergency appeal. In the end, he cleared the way a few weeks later. “The difference is that then he asked for it and now he has ordered it”, says Lucas Guttenberg of the Delors Institute.

So far, 13 out of 27 countries have ratified the own resources decision, essential to launch recovery funds and for which unanimity is needed: without the yes of the 27 national parliaments it cannot be implemented as It is designed. The own resources decision is the law that allows the European Commission to borrow to make funds available for recovery.

A year ago, in May 2020, the German Constitutional Court struck against two institutions federal European fundamentals to advance in economic, social and rights integration: the European Central Bank, a fundamental community actor in the response to the coronavirus crisis; and the Court of Justice of the EU, guarantor of equality before the law and watchdog of violations of the rule of law in countries such as Hungary and Poland. And it did so by questioning the legality of the ECB’s debt purchase programs launched since 2015 (PSPP), which could call into question the current plan in the face of the ECB’s coronavirus crisis (1.8 trillion euros).

The European Central Bank, for its part, defended that its actions are protected “by the judgment of the CJEU of December 2018” and reiterated: “The Governing Council remains fully committed to doing whatever is necessary within its mandate to ensure that inflation rises to levels consistent with its medium-term objective and that the monetary policy action taken to achieve the objective of maintaining price stability is transmitted to all parts of the economy and to all jurisdictions in the euro area ” .

AfD leader Tino Chrupalla, the German extreme right, was quick to celebrate the ruling: “With today’s ruling, the Federal Constitutional Court has put the EU institutions in their place. When the ECB exceeded its powers, the European Court of Justice approved it. It is good that the German constitutional state is sending a first signal. ”

Years ago, Manuel de la Rocha explained in eldiario.es, now director of the Economic Office of Pedro Sánchez in Moncloa, which is at stake in the German Constitutional Court: “With this tragicomedy they remind us who is in charge in Europe, its constitutional court judges our European institutions. An attempt to return to the German Europe that Ulrich Beck fears so much. What underlies this contest are two ways of understanding Europe; the orthodox German ordoliberals for whom only submission to the rules and discipline of the markets will get us out of this crisis, compared to whom we think that the EU is something more than a great financial plaza, and that solidarity between peoples and citizens is part of European DNA. So far the former have led the way, but the wind of the times is changing. ”