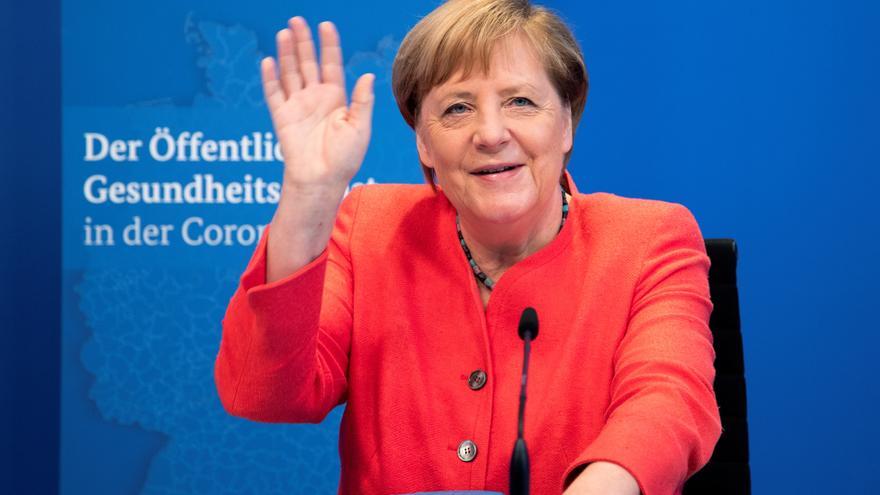 In last Tuesday’s edition, the newspaper Handelsblatt presented one of those articles that do not leave indifferent. It was written by the Chief Minister of the Federal Chancellery, the conservative Helge Braun. It was titled: “A deal for Germany after the pandemic.”

It read, black on white, that “the brake on debt cannot be respected in the coming years, even when strict spending discipline is maintained.” This is how Braun alluded to that provision described in Article 115 Magna Carta Teutonic according to which public deficits must be limited to 0.35% of nominal GDP.

The pandemic has made, for the moment, the German authorities forget the limits to contract debts. Furthermore, much of the policy launched by the ‘grand coalition’ of conservatives and social democrats led by Chancellor Angela Merkel has consisted of borrowing to face the stoppages required by measures against the spread of COVID-19 .

Thus, the German state went into debt in 2020 worth 130,000 million euros. This year the Bundestag It has already given the green light to 180,000 million euros in debt. Despite the economic halt that the anti-COVID-19 measures have meant – and still do, this indebtedness is allowing the economy fit the economic challenge of the pandemic better than other neighboring countries.

“Due to the pandemic, we are at a good time to get into debt,” he tells elDiario.es Michael C. Burda, professor of economics at the Humboldt University of Berlin. “In this new world that we have before us, at least temporarily, we are going to have more spending on healthcare. Also, you have to take care of all those people who do not have work. What is actually being done is investing in the future of the economy ”, he adds.

In 2020, the German economy fell 5%, according to data presented this week by the Minister of the Economy, the also conservative Peter Altmaier. That percentage is lower than what was initially expected. In mid-2020 it was even indicated that the fall in Teutonic GDP would be up to 6.3%. In other words, the worst economic collapse in the country since the Second World War was to be registered. Forgetting about debts has avoided that scenario.

By 2021, according to Altmaier’s accounts, the German economy will grow again, specifically 3%. It is less than what was initially calculated, before the toughest measures against COVID-19 were imposed again in the country of Chancellor Angela Merkel.

Since mid-December, only essential shops are open. Schools and kindergartens, on whose operation the good performance of the economy also depends, are closed. They will continue like this, at least, until next February 14.

However, for many German conservatives, not even in this context can the horizon that Braun described in the Handelsblatt, in which debts seemed to be drawn as a tool in its own right and not as a threatening reality against which to fight tooth and nail.

“What happens is that, with Merkel in power, the CDU has turned so much to the center, towards the left, on so many issues, that the conservatives feel as if they are losing their political identity, as if they only have the brake on debt. This brake is like the last hallmark of the CDU ”, explains Burda.

“What Braun was doing in the Handelsblatt It was to defend Merkel in her work, because she needs it, since even now Germany needs to incur large debts. You have to realize that the country is rescuing all kinds of companies, such as Lufthansa”, Abounds this economist from the Humboldt University of Berlin.

In any case, shortly after Braun’s text appeared, criticism began to rain on him, mainly from his party. The new CDU president, Armin Laschet, criticized Braun’s ideas, as did other prominent German conservative voices. For example, that of the head of the Parliamentary Group of the CDU in the Bundestag, Ralph Brinkhaus, or that of the spokesman for budgetary issues of the German Christian Democrats, Eckhard Rehberg.

The tension between conservatives over the debt brake occurs after the CDU has been “very pragmatic” in the European debate, as he emphasizes to ElDiario.es Kai Olaf-Lang, expert on European affairs at the German Institute for International and Security Affairs (SWP).

Lang alludes to how, from the hand of Merkel, the Germanic conservatives have accepted, due to the pandemic, ideas such as the creation of a common European debt to relaunch the continental economy. Something like that, in the form of Eurobonds, was a “taboo” in the worst moments of the euro crisis.

According to Lang, the idea of ​​the conservatives who have jumped against Braun is that “when the pandemic has passed, and when the economic and financial situation is visibly more solid, we will have to return to austerity, and the CDU will then seek to be the solid accounts party ”.

It remains to be seen, however, if this will be the case after the next general elections, scheduled for September 26. The forecasts suggest that, after that appointment with the polls, the CDU will govern in coalition with Los Verdes. The environmentalists, along with the Social Democrats – current partners in Merkel’s government – are the main defenders of borrowing to get out of the crisis.

Moreover, from Los Verdes there are already those who are proposing a “real reform” of the debt brake. “In view of historically low interest rates and investments, the climate crisis and digitization, the state must do more to invest in the coming years and decades,” according to a statement by Sven-Christian Kindler, budget spokesman at the Bundestag de Los Verdes, collected by the weekly Die Zeit.

Thus, the debate sparked by Braun’s article on account of the debt may be an appetizer of a political battle between conservatives and environmentalists that is yet to come. The governability of Germany may end up depending on it.