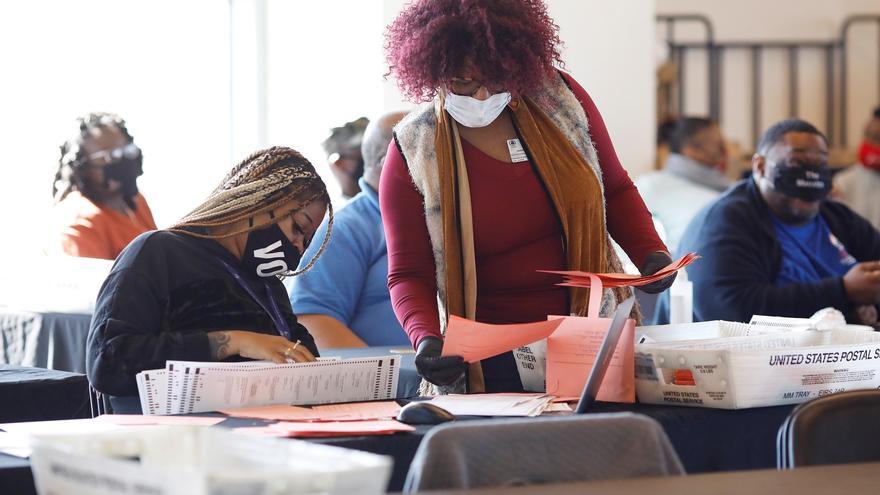 Control of the Senate majority and Joe Biden’s room for maneuver to govern will depend on Georgia. This state has to repeat its two electoral races on January 5 because no candidate has managed to reach 50% of the vote, a requirement of this place.

After the Republican victory in a pending seat in Alaska, the Republicans would have 49 seats and the Democrats, 48, in this house of 100 senators. In the event of a tie, the vice president, Kamala Harris, would decide, but now everything depends on Georgia.

The two Senate elections in this state have been very close, as were their results in the presidential elections and neither of the two candidates in Georgia obtained the 50% necessary for victory. Due to this, the election of both seats will go to a second round that will be held on January 5.

Biden won by 14,000 votes in this state, but since the difference is less than 0.5% compared to Trump, the state will do a count. Recounts usually change the numbers by a few hundred votes. In any case, even if there were a surprise and Biden lost this status, this would not alter the national result and he would remain president-elect.

Although it was Biden who managed to win the hinge state in the presidential race, the Republicans seem to have a somewhat easier path to the Senate since the current senators in the southern state are Republicans.

In a race, Republican Senator Kelly Loeffler will face Raphael Warnock, a pastor of the Church of Martin Luther King. In the other, Republican Senator David Perdue will defend his seat against Democratic hopeful Jon Ossoff, a 33-year-old former journalist. Republicans are ahead in voting intention, according to the first polls.

Thus, all eyes will be on Georgia next January, when the two races are broken in this second round and control of the US Senate is determined. If, as the polls indicate, the Republican party will With the upper house of Congress, Biden will find a political landscape that will make it difficult to pass laws, appoint judges or confirm his own government positions.