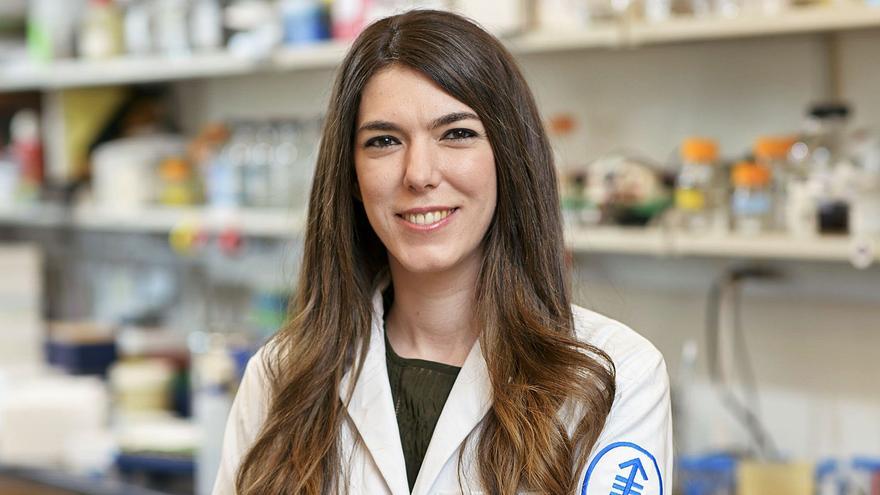 Just as Dorothy Gale traveled the yellow brick path in search of the Emerald City to find the wizard Oz, Gran Canaria researcher Direna Alonso Curbelo has followed the clues left by the conspiracy that arm genes and tissue damage to lay the foundations of an earlier diagnosis of pancreatic cancer. The scientist, for the last five years, has led a study at the Memorial Sloan Kettering Cancer Center (MSKCC) in New York (United States) that, according to her, “opens up new opportunities to design strategies for prevention, diagnosis or earlier treatment ”of a tumor that currently“ has a very poor prognosis ”, he adds,“ partly because it is usually diagnosed when it is already in very advanced stages ”. This work, developed by the team from the Scott Lowe laboratory of the MSKCC and innovative in its area – “we have found molecular alterations, specific to cancer cells but which are already found in tumor cells in very early stages, on the way to being malignant”, he emphasizes Alonso Curbelo–, has just been published in Nature, the journal with the greatest impact on scientific research.

To understand the process, you must first look at one of the functions of the pancreas: secrete juices to break down food. It is in this task where the first piece is dislodged that, later, can favor tumor development. “If these digestive enzymes”, explains the scientist, “are released out of place, they can degrade tissue and cause inflammation of the pancreas, or pancreatitis,” one of the most important risk factors for pancreatic cancer.

Faced with this first problem, the first reaction of the pancreas is self-defense: it starts a regeneration process in which the cells of the damaged area change their behavior and, temporarily, suspend their production of digestive enzymes –causes of pancreatitis–. In this reset movement, they adopt a different way to regenerate the tissue and make the pancreas function normally once the damage has been resolved. So far, everything in order.

This reparative process, however, is blown up if the damaged cells contain a mutation in a gene called KRAS, “an oncogene” that, according to the researcher, “drives tumor growth in 95% of people with cancer of the pancreas”. In that case, the response to regenerate the pancreas is impaired and the cells are unable to return to their normal state and instead form tumor lesions.

Until now, it was not clear how the KRAS oncogene derailed the regeneration process to initiate cancer. And that is where the team led by Gran Canaria researchers was able to identify, at the molecular level, what distinguishes the repair process from the first steps that cancer takes. According to the scientific work, “substantial changes were found in the way chromatin is organized – the combination of DNA and proteins that make up chromosomes – that are specifically induced in damaged cells that carry the mutation in the KRAS oncogene ”.

In the presence of the mutant KRAS protein, the work reveals, the regions of the chromosomes that should be open for pancreatic cells to activate genes necessary for their normal function are closed. On the contrary, other regions that normally have to remain closed and that contain genes activated in an aberrant way in cancer, are opened. As a result, the damaged cell activates the wrong set of genetic instructions, confuses its identity, and becomes neoplastic, initiating the tumor.

The researchers found that more than half of the chromatin changes that characterize advanced pancreatic cancer are already present in these early cells 48 hours after tissue damage. Because these changes that alter gene expression are not caused by changes in the sequence of DNA, but in its organization, they are called epigenetic.

This discovery, they emphasize from the New York institute, is important because it implies that scientists could block the early development of cancer by interfering with the expression of genes that are activated in an aberrant way as a consequence of these epigenetic changes. In fact, the team showed that they were capable of doing so, because by preventing their activation in the damaged cells of the mice, tumor development was blocked.

Interestingly, these epigenetic changes characteristic of cancer cells are not induced in normal cells when mutation in the KRAS oncogene or tissue damage occurs separately. Only the combination of both is capable of triggering them which explains, according to the researchers, why cancer often arises at sites of tissue damage.

The discovery of these epigenetic processes at the core of cancer initiation, and their high degree of specificity, opens up new possibilities to develop selective strategies to prevent or interrupt the development of pancreatic cancer.

Asked how long it will take to apply this advance in basic biology in the clinic, Direna Alonso Curbelo explains that “it depends on several factors and the time can be very variable” depending, for example, “on the institutional resources that are allocated to promote technology transfer, collaboration between experts from various disciplines, the availability of patient samples to collate the changes we observe in animal models, and so on ”.

The researcher from Gran Canaria considers that “the first step is to understand the biology of cancer.” In this sense, it aims to “identify alterations that are specific to tumor cells”, so that “they are the targets of future treatments, and demonstrate that they actively contribute to the tumor process in pre-clinical models” such as those used in the workplace from laboratory.

Alonso Curbelo points out that “based on this knowledge, the next stage is to design strategies to deactivate these key mechanisms of cancer, and from there to carry out more pre-clinical trials to evaluate their efficacy and toxicity to finally reach clinical trials in patients ”. “The road may seem long,” he emphasizes, “but thanks to research, today there are many types of cancer that have a much better prognosis than ten years ago.” “We hope that this study helps to be one step closer to achieving similar results in pancreatic cancer,” he adds to say goodbye with a touch of hope.

Every day more than 1,000 people are diagnosed with pancreatic cancer worldwide. Of these, approximately 985 will die. The symptoms are so nonspecific that between 80% and 85% of patients are diagnosed in advanced stages. For this reason, the World Coalition against Pancreatic Cancer, made up of more than 60 organizations from 27 countries on all continents, claims the fight against this tumor, starting with an early diagnosis. Research shows that patients diagnosed and operated on early are more likely to survive five years or more. Every year around 6,500 cases of pancreatic cancer are diagnosed in our country. | Efe