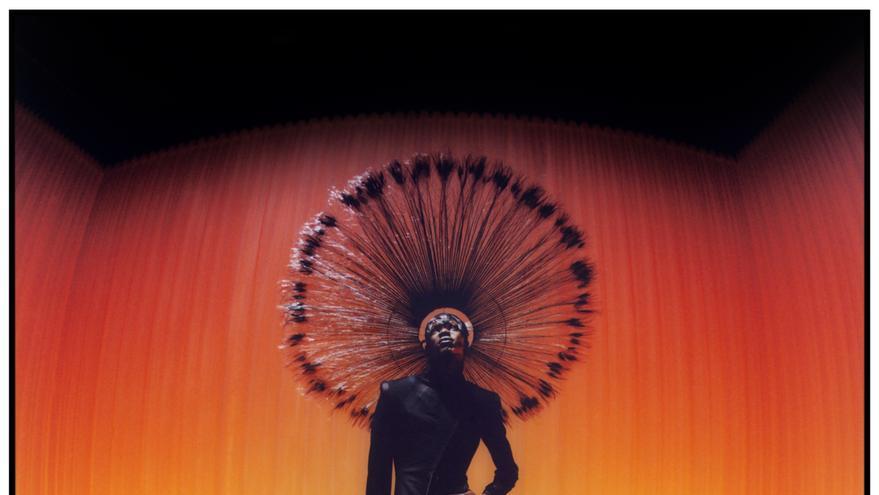 London, Feb 18 (EFE) .- Since he finished his fashion studies at Central Saint Martins in London, Harris Reed has not stopped making history: he designed the first male cover of Vogue with singer Harry Styles and this Thursday he debuted with her first “gender fluid” collection, on the eve of the start of London Fashion Week (LFW).

Although at this time he prefers to be referred to in masculine terms, Reed defines himself as a “gender fluid” person (who does not identify with a single male or female identity, but rather “flows” between them) and his designs also aim to reunify both genders.

Many do not know his name yet, but it was the team of Anna Wintour herself, editor of Vogue, who asked Reed to make the former member of the One Direction group the tailored suit – with shoulder pads and combined with a hoop skirt and tulle. pink over baggy black pants – that went around the world.

Born in Los Angeles (USA) into a creative family, with a filmmaker father and a former model and candlemaker mother, he moved to conservative Arizona, where in his school days he was called the “gay boy” not yet knowing its meaning.

This is how Reed himself relates in an emotional letter “to 9-year-old Harris” published this Thursday in Vogue on the occasion of his London debut, where he reviews how he found himself and discovered “the power of fashion and imagination “and” the beauty of fluidity. ”

A REFUGEE CHILD IN FASHION

That boy who spent the weekends “dressing up” alone in his room, who was persecuted at school for his looks and who talked to imaginary friends took refuge in fashion, which revealed a facet of himself “that he did not know. “and that today he captures in his creations.

That was the origin of “For now, unexplained”, the demi-couture collection (between haute couture and serial production) of six looks with which he signs his debut, inspired by the “visual history London “, combining the” anarchy of the punk movement “with the” aristocratic past “of the United Kingdom, according to a statement.

Through an enigmatic video, Reed leaves behind the traditional catwalk and shows the universe that perhaps he dreamed of as a child in his room, where the protagonists move between “lacquered corridors” and “draped rooms” until they reach an infinite room in the one that “they meet all that they are.”

Determined to break with all labels and especially with the concept of dress as something uniquely feminine, Harris wraps his models in tulle skirts and ruffles combined with details of masculine tailoring, or with stratospheric headdresses that seem to reinvent the halos and lower them to the underworld.

Harris outfits are born from the deconstruction of a traditional wedding dress or tuxedo, which end up taking on a new life and acquiring a fierce and rebellious touch thanks to the heeled boots from Roker, also a “gender neutral” brand.

Harris has had the support of makeup firm “MAC” and director Terry Barber, who have worked together with Reed on looks that explore “identity, freedom and beauty of fluidity for themselves” with a palette created for the occasion. .

“That 9-year-old ‘queer’ boy has woken up and that recreational dream that helped me overcome it is now a reality,” said Reed on Instagram, where, after posting the video, he was grateful for being able to get involved in his project to people with whom he had always “dreamed of working.”

And, from this day on, they can see it too.