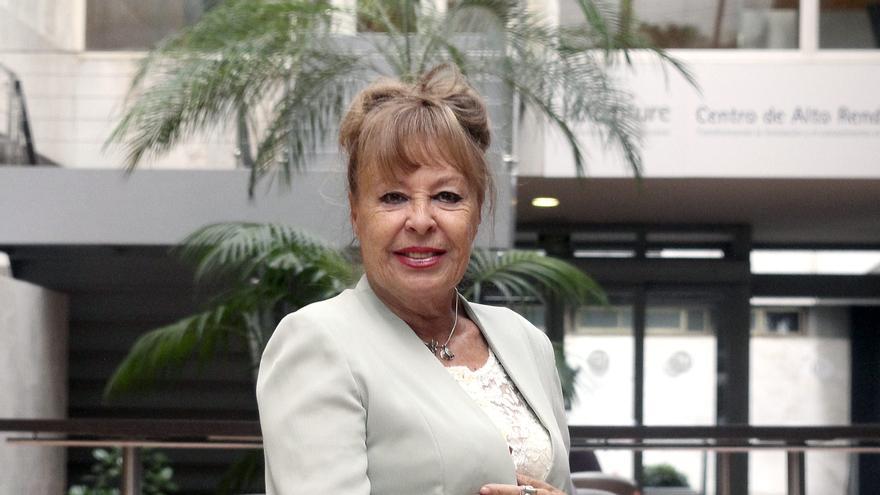 Madrid, Jun 17 (EFE) .- The Catalan actress Gemma Cuervo has been awarded the 2021 Max Honor Award in recognition of her vast career on stage, her entrepreneurial character and her deep love of the theater, an award that will be given to her on October 4 at the Arriaga Theater in Bilbao.

As reported in a note by the SGAE Foundation, convenor of the awards, Gemma Cuervo has been unanimously chosen by the organizing committee of the Max, which has highlighted her “vast career as a performer and has recognized her as a pioneering figure.”

She also wanted to highlight “her work as a Spanish theater entrepreneur and her commitment to the theatrical repertoire”.

For Gemma Cuervo (Barcelona, ​​1934), the Max de Honor Award joins a series of recognitions, including the National Theater Award (1965) and the Silver Medal of the Community of Madrid (2018), among many others.

Actress of theater, film, radio and television and recognized image of the mythical drama program of Spanish Television “Estudio 1”, Gemma Cuervo has also stood out in the business side, founding together with her then husband, Fernando Guillén Cuervo, her own theater company in 1969.

“I have worked a lot throughout my life, luckily with high quality papers. If I had to work night and day, I did it. And without ever forgetting my three children and my husband, but my work was very important to me. a pleasure without limits to work in the theater, “he said.

However, she, who was always an actress of race and versatility, admits that she never had problems on stage because of her condition as a woman: “We have always had a more difficult road to travel,” she remembers, “but I think they saw me so strong that they never dared to tell me anything. ”

He also learned to avoid the blows of censorship. “The censorship had little work with us, we always worked the texts naturally and we were very careful not to disturb, so it was more pleasant for both sides.”

His first work was “The misunderstanding” by Albert Camus, directed by Adolfo Marsillach; Since then they have not stopped working on the production of works by artists such as Sartre, Ana Diosdado, William Shakespeare and Edward Albee, which earned the Guillén-Cuervo clan the affectionate nickname of “the Spanish Burton.”

A pioneering figure in Spanish theater, Gemma Cuervo has worked over more than 60 years of career in more than a hundred plays, thirty television series and more than 60 films.

“It has been a blessing to work with the best actors of a generation, especially because you didn’t have to pull them, they knew what they were doing,” she confesses gratefully.

“We actors are a rare but lovable specimen, we give our lives for our profession, to be loved, cared for and cared for. We live to be on stage and we were professionals and lovers of our profession above all else. It is wonderful and almost never I have dared to reject a role because it is a blessing from heaven that they remember you. ”

His works include: “The seven infants of Lara” and “The punishment without revenge” by Lope de Vega; “Eagle of blazon” of Valle-Inclán; “The children of Kennedy”, of Robert Patric; “Blood Bodas”, by Federico García Lorca or “La Celestina” by Fernando de Rojas, etc.

The heat of the public on the tables is what comforts him the most. “Acting is a break with everyday life. It is wonderful to wake up and know that I am going to see the audience, without them there is no strength on stage … that audience that you notice that loves you and is in favor of your work, no matter how difficult that are”.