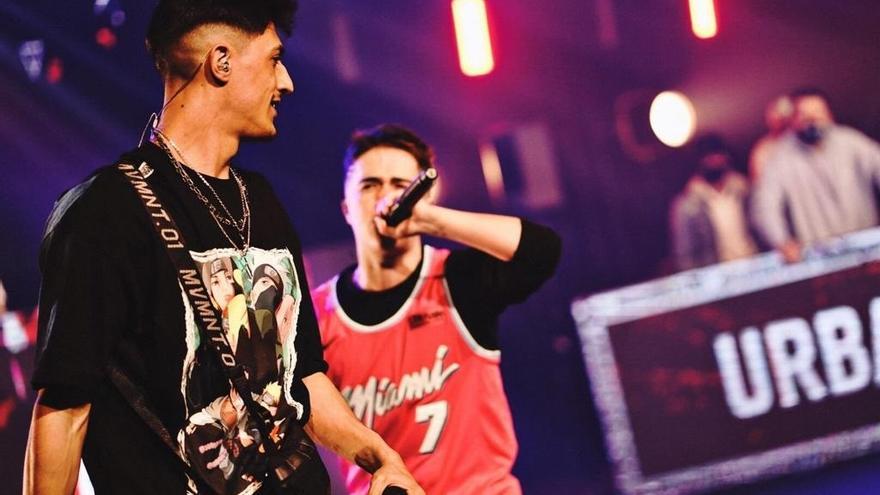 Madrid, Feb 27, 2021 (EFE) .- Gazir separated himself from Bnet in the first position of the table with his direct victory against Tirpa on the eighth day of the Freestyle Master Series (FMS) Spain and faces the final battle as the main candidate for the champion title.

Gazir was once again the protagonist of the eighth day of FMS Spain by adding three points in an exciting battle against Tirpa from Malaga. Thus, he reached the 20 points that serve him to place himself in the first position of the solo classification for the first time in the course.

In a day full of vibrant confrontations and decisive duels for the outcome of the competition, the Asturian ‘freestyler’ was the only one of the candidates for the title capable of adding a triumph without a reply, with which he managed to break away from Bnet and Sweet Pain and face the last day as the main contender for the championship.

With his seventh consecutive victory in the league and achieving his sixth MVP of the season – third in a row – with 378 points, Gazir again squeezed the maximum level of his rival in the most explosive battle of the afternoon. In this case, the man from Malaga used all his ingenuity and the polished techniques he uses in his rapping to try to counteract Gazir’s incessant rhymes, which once again stretched the limits of the format and unanimously cast the votes in his favor.

On the other hand, Bnet left a point by stretching to the replica to overcome Blon, so it will only be worth a direct victory on the last day against Gazir if he wants to be crowned champion.

The Madrid native alternated the magnetism of his phrases and the strength of his argument with moments of relaxation that the Barcelona native took advantage of to claim his transcendental role on the scene and, incidentally, rescue a point that serves to position him in eighth place in the table. with 8 points, outside the direct promotion, but in the always risky position of ‘play-off’.

Following his scoring streak in the comeback event, Sweet Pain lost to Mnak after two aftershocks and ended up ruling out his options to fight for the championship, despite having another postponed match against Tirpa.

Thus, the ‘Viking’ rose to fourth place with 15 points and confirmed that the solidity of his level and his total adaptation to the format in his debut season have not distorted the nature of his rap.

At the bottom of the table, Mr. Ego and Errecé fought in a critical confrontation for the resolution of the descent that resulted in a direct victory for the Madrid rapper, thanks to his aggressiveness, toughness and concentration on the ‘punchline’.

With the conquest of the points, Mr. Ego reached 10 points, ascended to the sixth position in the classification and relegated the Valencian rapper to ninth place, with seven points, with only one day of margin to avoid the relegation position.

With 15 points, the Alicante settled in third place in the table and settled his positions in the face of FMS International. In addition, Zasko prolonged Khan’s negative streak, unable to open his scoring locker and improve his feelings in the format with just one match left of the season.