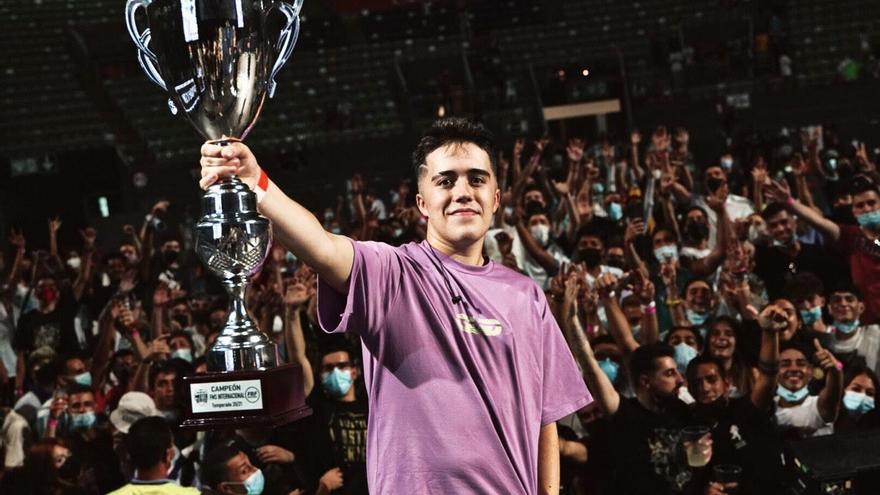 Madrid, Sep 11, 2021 (EFE) .-. Gazir was proclaimed world champion of the International Freestyle Master Series (FMS) 2021 after beating Tirpa in the Spanish final and succeeded Aczino as the second champion in the history of the competition.

Gazir became the new FMS International world champion after beating Tirpa from Malaga in a historic final that blew up the packed stands of the Palacio Vistalegre Arena.

At the age of 19, the Asturian prodigy inherited the throne to which Aczino acceded in Peru last year, which is his first international title and his consecration in the top elite of competitive freestyle.

After falling by the minimum in the final of FMS Spain against Bnet last March, Gazir recovered from the emotional blow of defeat and did justice to the performance shown in recent months that credits him as one of the best and most complete competitors on the scene .

“Freestyle is the most beautiful thing in the world and the best thing that has happened to me in my life. Don’t stop fighting for your dreams, ”he declared after hearing the verdict of the jury on the Vistalegre stage, before receiving the ring that accredits him as the best competitor on the planet in the format.

Until reaching the final, Gazir was unbeatable in each and every one of his matches, showing once again that he has the conditions to become one of the greatest freestylers ever.

He crushed the Chilean Acertijo in the round of 16, gave no option to the Argentine Nacho in the quarterfinals, Sweet Pain’s executioner in the first round, and the Mexican RC in the semifinals, who also gave the surprise by beating the hitherto intractable Mnak.

Tirpa, meanwhile, was close to fulfilling Bnet’s prophecy (“I entered as a reserve and left as champion”) because, despite joining the competition in the group of substitutes before the losses of Madrid himself, Stuart, Ricto and Lobo Estepario, reached the final, leaving Aczino on the road, from whom he snatched any option to revalidate his championship.

The undeniable victories of the Malaga, sixth in FMS Spain, over Nitro, Chilean champion, the Argentine Wolf and the Mexican legend reinforced the sense of superiority of the five Spanish competitors, who led their qualifying groups in the days leading up to the Grand Final .

Thus, Spain, with the classification of Gazir and Tirpa until the final, and Mexico, with the semifinalists Aczino and RC, were the most represented countries throughout the event. In addition to the known absence of Peruvian competitors after the previous filters, Chile, represented only by Nitro, Acertijo and Pepe Grillo, also ran out of representatives in the round of 16, while Argentina lost its national competitors in the quarterfinals, after the defeats of Mecha, Nacho and Wolf –Papo couldn’t make it through the first round–.

The Urban Roosters organization put the icing on the cake to a party in which the artists El Jincho and Original Juan were also present with the confirmation that Colombia will have its own FMS next year.

In addition, there will be some important changes to both the format and the competition, such as the expansion to 12 participants per league instead of the current 10.