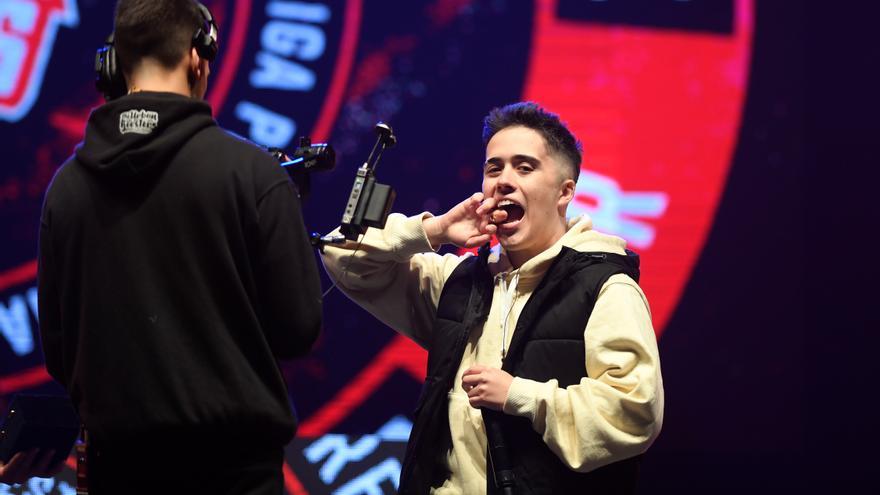 Gazir, Chuty and Skone started the fifth season of Freestyle Master Series (FMS) Spain with direct victories against Mr. Ego, Tirpa and Sawi Elekipo, respectively, and presented their candidacy for the title from the first day.

After the achievement of the first date of the fifth season of FMS Spain, held at the Pabellón de la Magdalena de Avilés, in Asturias, before more than 3,000 people, only Gazir, Chuty, Skone and Mnak they managed to get victories without a reply in their respective battles against Mr. Ego, Tirpa, Sawi Elekipo and Blon, thus separating themselves from the top of the rankings.

Leader Gazir re-embroidered each of his patterns in an exercise of excellence that served him, in addition to adding the three points, to continue with the unstoppable streak of MVP (316.5 points) that he achieved last season.

The Asturian, who played at home, He completed his overwhelming ingenuity with techniques of all kinds in the construction of his rhymes that left Mr. Ego without any option. to get closer to the replica that he did achieve in the last Red Bull Spain National Final.

On your return to FMS, Chuty and Skone were quick to claim their status as world freestyle myths and they added the first points of the season with solvency.

The Madrilenian imposed his usual constancy rhyme by rhyme in his unprecedented duel against Tirpa, while the Malaga, recent runner-up in the Red Bull International Final, exhibited his strengths to dominate any type of scenario, plottingly and narratively, turning any attack launched by Elekipo into an exploitable resource in his favor.

Mnak also managed to secure three points against Blon thanks to the unique appeal of his rapping style and the stark contrast to the flow on DJ Verse's instrumentals. of your opponent. For the Ciudad Real, they were more than three points, as the victory meant revenge for the early and unexpected elimination suffered at the hands of the Barcelona in Red bull.

Sara Socas was another of the proper names of the day, since she became the first official competitor in the history of FMS around the world with an exceptional battle against Zasko Master in which she exposed the talent, potential and merit that have allowed her to access the best freestyle league in Spain.

In addition to his melodic registers and his rapping essence of training when it comes to fitting the syllables on the 'beat', The Canary Islands dressed in aggressiveness, forcefulness and energy their 'punchlines' in a confrontation that was resolved in the reply in favor of the Alicante, which starts with victory, in this case after a tiebreaker, one more season.

Sweet Pain and Hander, meanwhile, also starred in a duel of maximum equality that resulted in an even replica. From start to finish, both the Sevillian and the Valencian were persevering in the execution of their patterns and cautious in the decisions they made so as not to concede advantages to their opponent.

Nevertheless, Sweet Pain managed to convince the jury to tip the votes in his favor and retain the victory.