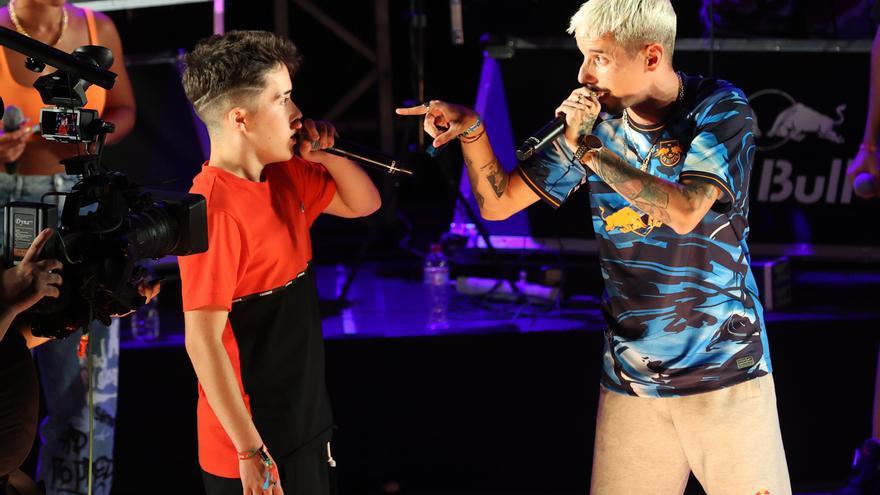 Madrid, Jul 24 (EFE) .- The Madrid semifinal of the USN World Summer Cup, an international improvised rap competition that takes place in Spain during the month of July, did not disappoint the public who gathered on Friday night in Wanda Metropolitano, Atlético de Madrid stadium.

Good proof of this was the battle of the day, between Skone from Malaga and Gazir from Asturias, who won the latter.

A very even confrontation that arose in a generational clash between Skone (31 years old) and Gazir (19).

The man from Malaga criticized that the new ‘freestylers’ were “turning this art into a sport” and that the novice competitors had a very mechanical style that did not allow them to enjoy rhymes with feeling.

“Goosebumps are useless in a battle of roosters,” Gazir countered to shift the battle in his favor. Thus, the Asturian knew how to channel these stimuli against Skone in order, with his ingenuity and mental quickness, to convince the jury that his performance deserved victory.

“I knew that I had to take the lead, be very constant and do my thing well, because Skone knows how to direct the battles very well,” explained the Asturian to EFE after the event.

On the other hand, Chuty from Madrid, the greatest Spanish exponent of freestyle, returned to compete in his hometown against the Red Bull world champion, the Mexican Rapder, offering a very high level.

The first theme assigned to Spanish, ‘philosophy’, was a declaration of intent. “Nietzsche says that God is dead, but I think otherwise”, defended the Spanish in a clear double sense to the nickname of “God”, with which he is known on the circuit.

Chuty managed to win the victory, despite the fact that the Mexican caused the enthusiasm of the public to stop the battle after improvising a rhyme defending feminism in the new generations. “I have been calm, I have taken advantage throughout the battle and, although he had a peak, he was calm with the result,” Chuty told EFE.

Another of the most attractive confrontations that left the day measured the Chilean Nitro, who had just beaten Gazir, and one of the legends of the Spanish-speaking improvisation scene: the Mexican Aczino.

The one from Nezahualcóyotl (Mexico) sharpened his rapping to confirm that he had returned to the competitive circuit with the same level that earned him being champion, among other competitions, of FMS Mexico in 2019 and Red Bull International in 2017.

“This is a preparation to gain rhythm, I am at God Level, FMS International and Red Bull, and I want to arrive at the best level to revalidate my championships,” Aczino told EFE.

BOTTA, THE SURPRISE OF THE DAY

The battle between the Spanish Botta and the current FMS Argentina champion, Stuart, did not start as one of the most attractive a priori for the public, but it left some of the most enjoyable moments for the attendees.

And it is that the Spanish based his battle on trying to win by calling Stuart a “drug addict” over and over again. His ingenuity to use this argument with acid comparisons, served to put the battle on track and take one of the hottest duels of the event.

An event that began with a battle between the Spanish Force and the Argentine Klan. A clear confrontation of ways of understanding improvisation between the Argentine, with a style more linked to classic rap, and that of Force, much more direct in its rhymes. In this case, it was Klan who knew how to better exploit this duality, feeling very comfortable on stage and winning the victory.

“It was a hug to the soul to compete so calmly, today I felt like in FMS Argentina”, expressed Klan after his battle.

In the penultimate clash of the night, the Spanish Mnak and Sweet Pain beat the copper in a confrontation that had already taken place this year at FMS Spain and also ended with the victory of Mnak. A battle between friends in which both bet on improvisation and on displaying styles that are more rapper than hurtful.

The USN World Summer Cup will celebrate its last semifinal in Alicante on July 25, after passing through Barcelona and Madrid.

The sixteen international freestylers from the four groups that make up the quadrant will thus live their last day with everything to decide and the ambition to become the best twelve who will play the USN grand final on July 31 at the Ciutat de Valencia stadium.