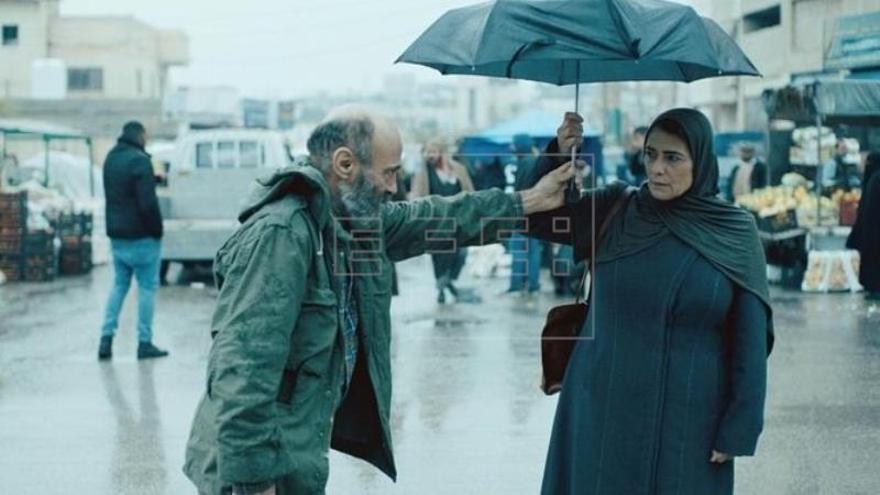 Madrid, Jun 4 (EFE) .- "When people see Gaza on the news they try to remove the human dimension of what is happening there", a reason why the Nasser brothers make their second film "Gaza mon Amour" a vindication of this humanity, through a love story that flees from “clichés and victimhood”.

“The world sees Palestine and tries to remove the human face, they only know that Hamas missiles are coming out of Gaza. They don't know anything about children or families, and when we propose that there is a love story, people are surprised. Of course there is love in Gaza, even people who fall in love and try to change the course of their lives ”, Palestinian directors Tarzan and Arab Nasser explain to Efe in an interview.

After being selected by Palestine to represent the country in the Oscars as "Best International Film", receiving the "Espiga de Plata" and the award for "Best Screenplay" at the Seminci festival in Valladolid and being presented in the Official Section of the festival Toronto Film Festival, the film “Gaza mon amour” hits theaters this June 4 (Karma Films).

“What we have done in this film is to try to use the tenderness of an everyday story to convey to the viewer life in Gaza, far from cliches and victimhood. Because yes, the inhabitants of Gaza are victims, but we do not want to beg for empathy from the spectator, but rather to speak of love within a very complex environment ”, they emphasize.

A fisherman from the Gaza Strip finds in his nets an ancient statue of the God Apollo. A fact that, in addition to becoming a news item that went around the world in 2014, serves as the common thread of the second feature film by the Nasser brothers, which after emerging on the film scene with “Degradé” (2015) present a story “essentially Human ”in“ Gaza mon Amour ”.

"We propose through this story a journey in which to show the viewer how people live in Gaza, because the protagonist is not the statue, it is the human being," they point out, referring to their protagonist Issa (Salim Daw), a fisherman. Sixty-year-old who falls in love with Siham (Hiam Abass), who works as a seamstress in the local market.

The directors explain that they decided to include the history of the statue "because perhaps the world needs an event as shocking as that to focus its attention and be able to notice the most human facet of things," they point out, aware that it is difficult to address this record in an area like Gaza. "When people see the Gaza sector on the news they try to remove the human dimension from what is happening there."

"The people we talked about in the film had lived through three wars up to the time of filming the film, which now comes out in theaters after the fourth," they say about the film that, although it happens with the siege of Gaza as a background, they flee from the war conflict to focus on human stories, from some situations that evoke comedy overtones.

Coming from Gaza and aware of the reality they tell, they know that "when you live through four wars the reality is not so cute", but they are aware of the need for humor. "Gazans learn to live with sarcasm, a tool that man resorts to to flee from suffering, and even more so after sixteen years of siege."

Melancholy, sometimes humor and tenderness make up a film that "does not have a single message", but breaks down the history of its characters in small brushstrokes in a turbulent climate, showing the war conflict as a backdrop through Hamas speeches, or characters who live emigration to Europe in search of a future of salvation.

“The viewer is free, there is no single message and we do not seek a closed perspective. If someone wants to delve into the story, they will go into many details, and if not, they will enjoy a love story, because we do not sell clichés ", they clarify on the film, which they affect tells" the story of a person who loves, hates , and feels like any other man in another part of the world ”.

Through this love story set in a complex environment, they vindicate humanity and the lack of it by looking at conflicts such as that of the Gaza region. "Do these people deserve to live four wars in just sixteen years? Don't they have the right to lead a normal life?" Asks the Palestinian duo, inviting each viewer to draw their own conclusions.