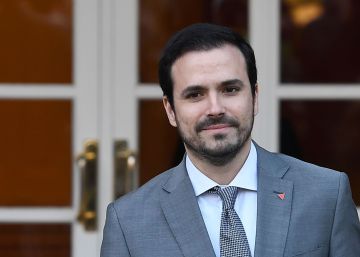 The Minister of Consumption, Alberto Garzón, has announced its interest in regulating the advertising of bookmakers, both on television and other media, since it considers that there is currently no limitation to these contents and that it can generate gambling, which “is a public health problem “in which the Government has to intervene, with measures to be announced in two or three weeks. “The issue of advertising is chaos. It is the law of the jungle,” he said Sunday night in an interview in The Goal of the Sixth.

Garzón says that the money allocated to these ads has increased exponentially in recent years, to 300 million euros. An advertisement that “attracts many people and can lead to create extreme problems such as gambling.” He has also recognized the problem of minors: “In the face-to-face game, at the bookmakers, control is absent because a minor can enter an area where it is legalized, but immediately goes into the illegal zone without hardly any control,” he said.

The Consumer headline estimated that some 200,000 people may have disorders related to the game or problematic game and recalled that they are “thousands of families” affected since, “in extreme cases”, there are people who “bet on an impulsive way and lose up to 20,000 euros and ruin families, “a situation that, in his opinion,” must be cut. “

The minister said he will talk to everyone, including operators and companies of betting houses that “may agree with a regulatory framework.” “They will not be measures taken unilaterally,” he said. Although part of the competences of the game are derived from the autonomous communities, the head of Consumer explained that “much can be done” and that he will work with the autonomies to resolve “a problem that affects the popular neighborhoods and the working class“.” There are gaps and there are mechanisms to coordinate, “he said.

Among his challenges as a new Minister of Consumption, the fight against junk food has also been set, a “fundamental area” in which he is “studying” a possible tax, but also an improvement in labeling to allow the consumer “to know if what you consume will seriously harm your health. ” For this, its department will coordinate with the Ministries of Health and the one of Ecological Transition, as well as to try to reduce the consumption of plastics.