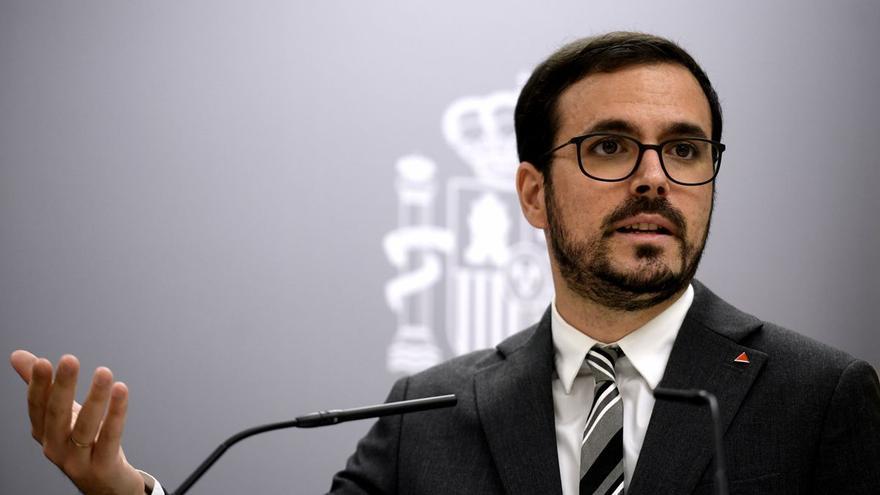 Alberto Garzón avoids a direct confrontation with the President of the Government, after the statements by Pedro Sanchez in which he lamented the words of the Minister of Consumption about the macro-farms due to the “controversy” generated. In an interview in raw meat, the leader of the United Left has avoided questions about the position of Pedro Sánchez and is “optimistic” with the evolution of the controversy created around the macro-industries.

“After ten days – thanks to the work of journalists and civil society – the hoax has been undressed and there has been more talk about the macro-farms. There is nowhere to take it. It is an unsustainable model, which has to be stopped”, has Garzon noted. The minister has been receiving criticism from the PP, Vox and a sector of the PSOE for more than a week for a shortened answer that he gave in an interview with the British newspaper Guardian, where the coordinator of Izquierda Unida encouraged eating less meat products and criticized the impact of intensive farming at an environmental level.

The criticisms have been directed to a paragraph of the minister regarding the macro-farms, on which he said that “they pollute the soil, they pollute the water and then they export this poor quality meat from these abused animals.” However, as Garzón indicated, immediately before in that same interview, he had praised the extensive cattle ranching that he described as environmentally sustainable.

The first politician who misrepresented The minister’s statements were the president of the Junta de Castilla y León, Alfonso Fernández Mañueco, who in a Twitter message criticized the fact that the IU leader attacked “again” the farmers of Castilla y León and encouraged him to “rectify or resign”. From United We Can defend that the controversy revolves around a “hoax created by the right and the extreme right” and maintain that the PSOE “will have to answer” for its use.

This Monday, in an interview on Cadena Ser, the Prime Minister, Pedro Sánchez, joined the reproaches. “I regret the statements because they have generated a controversy that does not match the reality of the sector,” he added. In his response, Sánchez has avoided supporting the IU leader, with whom he has not wanted to reveal if he has spoken since then.

Questioned about the president’s refusal to support him, the Minister of Consumption has limited himself to ensuring that he cannot respond because he was not the one who “made that decision.” Even so, Garzón recalls that the content of his statements is consistent with the policies adopted by the coalition government. “What I said is what science has supported in recent years, it is what the associations of the rural world, the inhabitants of the rural world, defend,” he stressed in Carne Cruda.

For the minister, those groups that are mobilizing against the macro-farms “are the vanguard of the fight against climate change”, denouncing that these facilities prevent them from “having drinking water”, a “productive fabric” or “rural tourism”. “. In addition, Garzón has defended that “the left is also in the rural world and can win it” by raising the flag of “the fight against climate change”.

And he maintains that those who “buy the frame” to the right – with the assumption of criticism towards distorted statements – and “put themselves on the defensive” are “defeated”. In this way, he veiledly alludes to socialist barons such as Javier Lambán or Emiliano García-Page, who charged against the minister.

This Wednesday, Lambán summoned him again. “Garzón has come to say that, where there is a sirloin of charolais, extensively raised, to remove the hamburger from anonymous stabled cow. But not everyone can afford a steak, nor is there enough charolais to feed 10,000 million mouths,” he wrote on his Twitter account, replicating the paragraph of an opinion article published in Digital Economy.

Faced with these criticisms, the minister recalled that the president of Aragon “has regulations in process that denounce the macro-farms.” “This type of contradiction reveals that this controversy has nothing to do with who is right or wrong,” he noted. And he continued: “It has to do with power, with the use of misinformation to wear down an opponent.” “That deteriorates democracy,” he has sentenced.