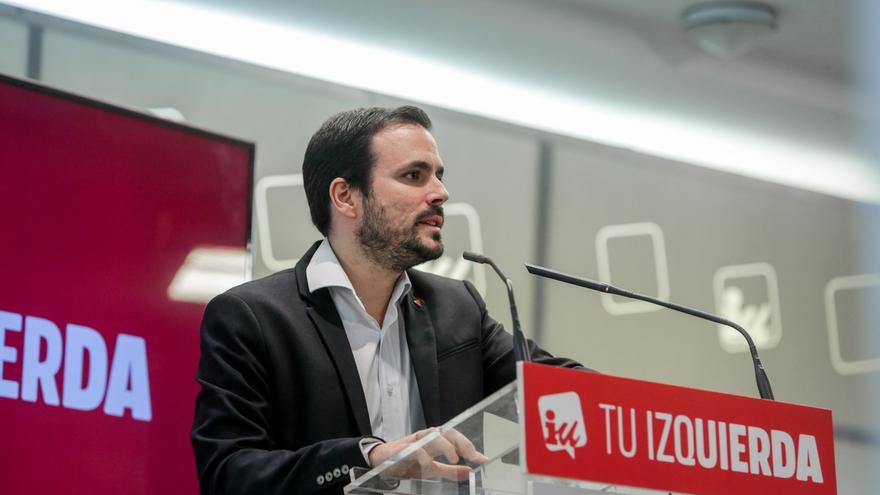 The federal coordinator of IU, Alberto Garzón, is committed to the Government exploring and placing the emphasis on “reinforcing the majority of the investiture” in the negotiation of the General Budgets of 2021 as the “only sustainable option over time” to guarantee survival of the Coalition Executive. This is stated in the Political Situation Report that the also Minister of Consumer Affairs will defend before the main body of the coalition between federal assemblies, the Political and Social Assembly, for debate and approval, and to which elDiario.es has had access. Garzón thus joins the pressure of the rest of the forces that make up United We Can so that the negotiation leans more towards the progressive side of Congress. Of course, Garzón believes that they cannot “refuse to dialogue with any parliamentary group in order to obtain support for the budget accounts jointly presented by the PSOE and Unidos Podemos.”

The report, which will be submitted to the APyS scheduled for this Saturday, indicates that “there is an opportunity to draft and approve new Budgets for the year 2021 that summarize the progressive political lines of the Government agreement.” The second vice president of the Government, Pablo Iglesias, has repeatedly defended the validity of the programmatic agreement that he signed with Pedro Sánchez and that the majority of the investiture is the best way to ensure its fulfillment. Now, IU joins this position formally for the first time, although Garzón already raised this idea last June.

Garzón is committed to “coherent” accounts for next year that address “two general problems.” The first, “to reinforce and expand the social shield that began to be deployed during the state of alarm.” “The coalition government focused its efforts on protecting the productive fabric, avoiding the closure of companies, and also on economic and social measures aimed at protecting the income of the working class,” says the report by the IU coordinator. This has served, he continues, to “mitigate the extremely strong economic impact of the pandemic.” But he adds that Spain “continues to suffer from very serious structural social problems, such as enormous inequality, the asymmetry of development between the countryside and the city, the very high unemployment rates and the brutal job insecurity, among other phenomena.” And ditch: “Only with a broad social program will it be possible to begin to face these problems, which have been aggravated in the last decade as a result of the previous crisis and its neoliberal management.”

The document warns that losing sight of the fact that “working families must feel protected by this coalition government” could face “serious risks not only for the legitimacy of the parties” that comprise it, but “even for democracy itself by the effects that this situation could have on the animus politician of the working class. “Without mentioning it, Garzón here warns of the risk that the working class vote could desert the left and seek refuge in other options, such as Vox.

The Minister of Consumption also states that “the Government of Spain has to make a virtue of necessity” and “take advantage of it to undertake profound institutional reforms that are pending.” Garzón emphasizes “productive diversification and what has been called reindustrialization, that is, the abandonment of a monoculture economy.” Despite the criticism he received at the time, the IU leader insists that “the Spanish economic model has been closely linked to the development of the tourism sector for decades, sometimes accompanied by speculative bubbles in the construction sector” which makes it “very vulnerable to external phenomena such as, for example, an international health crisis.”

In his opinion, “the first agreements within the European Union to provide funds to countries point in the right direction, but with insufficient magnitudes and with doubts still hovering over a hypothetical future conditionality in a neoliberal key.

Take the initiative to strengthen United We Can

Garzón also alludes to other matters in his report. Regarding the relationship with Podemos, the IU leader recalls that in the last APyS meeting it was confirmed “the need to strengthen the joint space to create mechanisms and synergies of greater collective participation that make United Podemos a space with more organizational strength , more territorial implantation and more links with civil society “.

A strengthening that would be based “on encounters between militants and social activists, in different territories and in different modalities, face-to-face or virtual, depending on health limitations.” Garzón makes an appeal “to the IU assemblies and the whole of the militancy to take an active role in organizing the meetings with the base assemblies of the rest of the United We Can organizations.” And he adds: “Not only to assert our political-programmatic heritage in collective debates; also to strengthen spaces for joint work, strengthen ties with civil society and replicate the social intervention activities that are being developed successfully in some territories. “.

Republic before the “democratic emergency”

Garzón warns in his report that Vox will dominate the political scene “in the coming weeks” due to his motion of no confidence, still without a date or candidate. For the IU leader, the objective is “to appropriate the role of opposition leaders”, as well as “to strain the contradictions of the whole of this in a reactionary direction”, referring to the PP and Citizens who, he recalls, “continue to govern with the extreme right where they can and they continue to share an argument with Vox “.

“That a political force is capable of affirming in the seat of democratic and popular sovereignty that the coalition government is worse than the governments of the Franco dictatorship is a symptom of the moment of democratic emergency that we are living,” says Garzón. For this reason, he points out, “it is urgent to reinforce a project for a fairer, more democratic and more egalitarian country, that is, republican” and that “is capable of isolating the reactionary project of the extreme right, largely assumed by PP and Ciudadanos, and overcome the oligarchic alliance of which the Royal House is part, as the latest cases of corruption are showing. ”

In this sense, Garzón believes that “the flight from justice of Juan Carlos I to the dictatorial state of the United Arab Emirates is the paradigmatic image of the decline of the Spanish monarchy”, whose “main function”, he points out, “was always to exercise as a link between big businessmen from different countries and, in our country, between corrupters and corrupt people. ”

In addition, he adds, “we continue to know new details of how the PP used the state apparatus to attack political rivals, committing crimes as inadmissible as espionage.” Garzón concludes that “corruption is not only the result of clearly reprehensible personal behavior, but also of the inherent functioning of some power structures.”