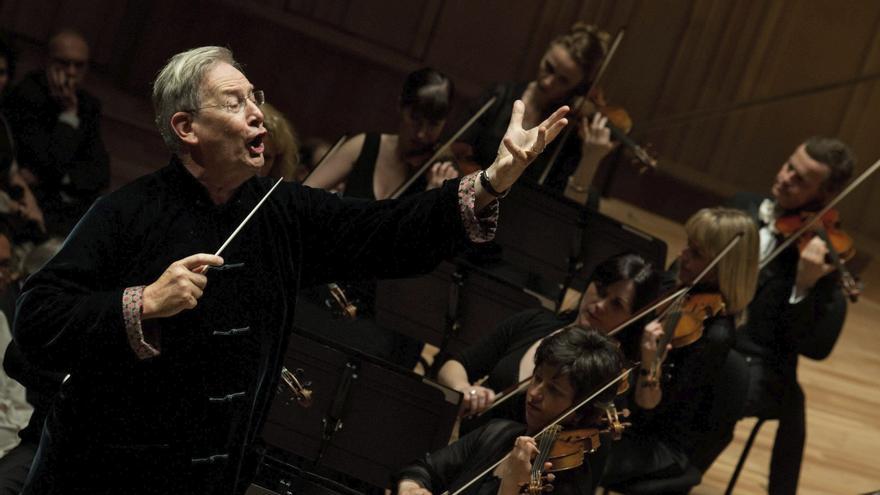 In this season, presented for the first time on the Palau stage, and whose thematic axis is “the celebration of music and life”, the Palau 100 cycle will be the space of great symphonism with a total of 14 concerts and the protagonism of great orchestras and conductors.

The general director of the Palau, Joan Oller, has announced the creation of the new Palau Ópera cycle, which will host and present baroque operatic proposals in concert or semi-staged format, with the leading role this season by Henry Purcell, who will feature “King Arthur” and “The fairy queen”.

Palau Ópera, which will include five titles, will open with the work “Radamisto” by Händel, performed by Il Pomo d’Oro and countertenor Philippe Jaroussky, accompanied by the voices of Marie-Nicole Lemieux and Emöke Barath; It will be followed by “Orfeo” by Monteverdi, with Ian Bostridge, Monica Piccini, Aleksey Bogdanov, Roberta Invernizzi, Filippo Mineccia and the Palau Chamber Choir, backed by Europa Galante and Fabio Biondi.

Johannes Brahms’ Comprehensive of Symphonies with the Swedish Radio Symphony Orchestra, conducted by Daniel Harding, on two consecutive days, will be another of the season’s highlights, in May 2022.

Palau 100, the Foundation’s flagship cycle, will open on November 30 with the Berlin Radio Symphony conducted by Vladimir Jurowsky and Leonidas Kavakos as soloist performing the Brahms Violin Concerto and Symphony No. 9, “the Grande ”by Schubert.

The second concert will be on December 3, with the long-awaited debut in Barcelona by the Norwegian soprano Lise Davidsen, who will perform the last four songs by Richard Strauss with the Bergen Philharmonic Orchestra and its owner, Edward Gardner.

Joan Oller has confessed that in this year of pandemic the Palau has had to “learn to improvise” and has pointed out that in this new season objectives of the past are reaffirmed such as “attracting the local public and an international public that will travel again; discover new ones composers, new music from well-known composers, or new talents. ”

One of the emblematic projects of the season will star Gardiner, who will return to the Palau twice with a repertoire highly representative of his career: Berlioz and Bach.

On December 16, with the Revolutionary and Romantic Orchestra to offer the oratorio “L’enfance du Christ” by Berlioz, and later to close the cycle with the English Baroque Soloists, with works by the German Baroque (Schütz, Schein and Bach), in both accompanied by the Monteverdi Choir.

Palau 100 will also host the return of the La Scala Philharmonic in Milan and its head, Riccardo Chailly, and the other great Italian orchestra, the Accademia Nazionale di Santa Cecilia, under the direction of Antonio Pappano; as well as the Portuguese pianist Maria João Pires, who together with the Gulbenkian Symphony and Tatsuya Shimono, will offer Chopin’s Piano Concerto No. 2.

The deputy artistic director, Mercedes Conde, has reported for her part of the “long-haul” project with the North American mezzo-soprano Joyce DiDonato, which will join her with the Barcelona venue for three consecutive seasons.

An artistic residency for the Cosmos Cuartet will begin with two concerts each season for three consecutive seasons.

Conde added that the choirs of the Orfeó Català and the Palau Chamber Choir regain prominence with Bach’s “Passion according to Saint John”, Puccini’s “Misa de Gloria”, “Oltra Mar” by Kaija Saariaho and the commission to Marc Timon of a choral work that will encompass the entire choral family of the Orfeó.

Oller also pointed out that this next season “projects that could not be done due to the pandemic are being recovered” and that is why the relationship with the guest composers of the last two seasons has been extended to complete the projects conceived: Jörg Widmann, Kaija Saariaho, Joan Magrané and Marc Timón, while the visual artist Alba G. Corral is once again a guest visual artist.

The budget for this artistic season amounts to 3.1 million and the year 2020 will close, according to Oller, “with a balanced balance, without deficit”, as a result of an extra contribution from the Generalitat, the fact of continuing in ERTE and the receipt of the funds that arrived for the compensation of the judgment for the sacking of the Palau by Fèlix Millet.